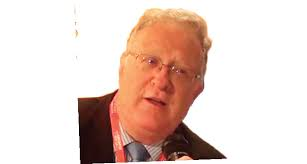 Shareholders of the Nigerian Aviation Handling Company Plc (nahco aviance) has approved request by the company’s board to pay dividend of 20 kobo per share, amounting to N324.8million for the year ended December 31, 2015.
Within the year under review, the company’ turnover increased from N8.1billlion in 2014 to N8.5billion in 2015 despite the challenges of the global and local economies.
Addressing the shareholders at the annual general meeting, the company’s board chairman, Suleiman Yahyah explained that profit before rose from N769.5 million in 2014 to N796.8million in 2015.
“As reflection of the difficult operating environment, our cash reserved moved from N2.7 billion to N2.2 billion. Our company in 2015 remained profitable, maintained stability in its performance rations with a sustained reasonable buffer and cash reserves to meet short term challenges,” he said.
He also announced that the ground handling company handled a total of 39,699 flights in the year under review compared to 35,557 flights handled in 2014.
“This increase was made possible by domestic operation (non-core) and the opening of the Owerri Station, which grew 564 per cent, and Enugu flights, which increased by 218 per cent within a short period,” he added.
Furthermore, he said: “Nahco aviance in 2015 commissioned the Enugu Cargo warehouse, which we believe would go a long way in opening the South East regional economy to the rest of the world and enable Enugu to handle international cargo and enjoy international passenger services,” he said.
Thereafter, he said the total number of international passengers handled by the company within the year under review decreased from 3, 311, 024 to 3, 099,111.
At the sectoral level, he said “nearly all the sectors of the economy including energy and electricity, agriculture, construction, manufacturing among others suffered a shock and the lull was exchanged in the first quarter of 2016”.
In his remarks, the national coordinator of Independent Shareholders Association of Nigeria (ISAN) Sir Sunny Nwosu and the national coordinator of Proactive Shareholders Association of Nigeria (PROSAN), Oderinde Taiwo, pledged their commitment and support to the company’s diversification scheme.

Virus lockdowns around the world as vaccine efforts stumble