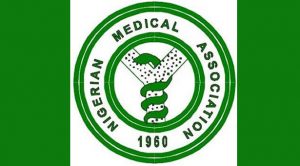 Worried by the rate of quackery in the health sector the Nigeria Medical Association (NMA), Kogi State chapter says it is determine to put an end to the trend and sanitise the system.
The Sun reports that the association expressed regrets that lots of premature deaths and complicated health issues have been traced in recent times to those who masquerade as qualified medical doctors and health personnel in the state and said their activities must be stopped immediately.
The newly elected chairman of the association, Dr Chinemerem Magnus Ogaraku who spoke exclusively to Daily Sun shortly after his election, said it was painful that people continue to patronise the services of fake doctors in spite of the establishment of hospitals and health centres in all the 21 local government areas of the state.
Dr Ogaraku said his administration has concluded plans in conjunction with the ministry of health, police and other security agencies to go round the state to close down any health centre manned by fake medical personnels that constituted risk to the health of the citizenry, saying life was too precious to be wasted at will.
He said those caught with their accomplices will be handed over to police for prosecution and warned those engaging in quackery to close shop and leave the state or face the wrath of the law. He also advised members of the public to patronize only qualified doctors and genuine health personnel in the state for their health needs.
Dr Ogaraku who promised to carry the association to an enviable height, said his policy trust will be to focus on the welfare of his members and to carry them along in the scheme of things.
He also said his priority will be focused on the building of an ultra modern administrative secretariat in the state capital where the doctors could meet for social interaction and cross fertilization of ideas.
He said the secretariat which shall be named ‘Doctors House’ will be equipped with modern equipment and sporting facility and shall serve as a meeting point for medical doctors in the state. The NMA boss however appeals to government to ensure that salaries and allowances of medical doctors were paid as and when due saying medical doctors render very vital services to members of the public such that they cannot be ignored.

Coca-Cola donates over N200m worth of medical equipment to UITH

“Exit of foreign airlines is opportunity to grow local operators”—NAAPE

Guterres sues for peace among nations of the world

A time of reckoning

NYSC and the Kemi Adeosun case

Africa records over 250 new cases of paralysis from polio in...