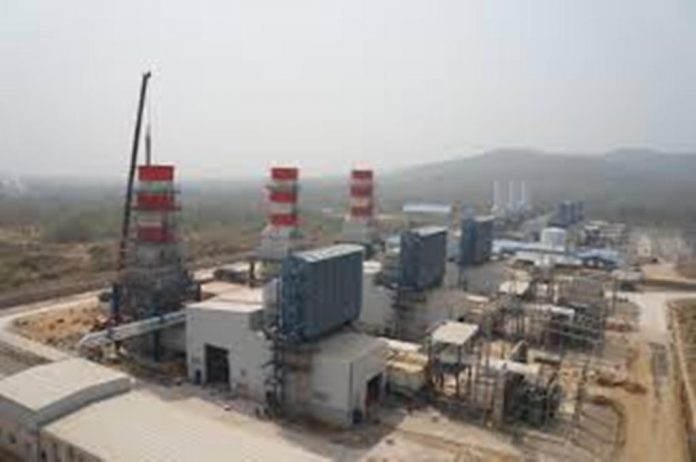 The Nigerian Electricity Supply Industry (NESI) has revealed that the power sector lost over N534 billion in revenue in 2016 even as 12 plants were not active as of December 25.

Among the reasons for the loss are shortages in gas supply, frequency and line limitations and water levels management constraints that led to several cases of outage in the country.

The N534 billion is the value of electricity lost on account of the challenges, part of which could have been used to bridge the liquidity gap in the power sector, that is put at N1trillion.

Already, the sector is finding it difficult to access more loans from Nigerian banks due to their inability to meet the payment obligations for previous debts.

The situation will also affect the capacity of the power firms to improve on electricity supply to consumers for domestic and industrial uses.

NESI said in its daily statistics on energy losses that the industry lost N1.525 billion on December 24, 2016 alone.

It was also disclosed that about 12 power stations could not produce electricity during off-peak under the review period.

If this continues, industries and other users will carry on with the burden of providing own electricity outside the national grid even in the New Year. Production and prices of goods and services will be negatively impacted and hopes of any early recovery from the current recession will be dimmed.

The electricity generation report showed that Isolated Ground (IG)10 belonging to Kainji Hydro was shut down on Christmas Day due to temperature problem while IG12 was out of operation due to high water leakage.

Also, Steam Turbine (ST) three and four belonging to Egbin were out of operation due to gas constraints. Although with a capacity to generate over 880mw, the unit was only able to produce 278mw.

It was also learnt that contribution from the hydro-power stations dropped in September to 32.95 per cent from their combined contribution of 36.64 per cent in August.

The third Quarter National Grid Performance Information from the Independent System Operation, Transmission Company of Nigeria (TCN) showed that the Shiroro Hydro Power Station maintained its lead with 14.75 per cent, though down from 15.90 per cent in August.

Egbin Power Station produced 14.05 per cent of the total electricity in the system, which led to a slight increase in the contribution of privatised thermal power stations in September to 29.22 per cent from 28.25 per cent in August.

Aside the drop in power generated, many distribution companies (DISCOs) rejected electricity supplied to them by the generation firms (GENCOs).

For instance, in September 476.36mwh or 12 per cent of the total energy delivered to the DISCOs was rejected, constituting the highest load rejection in the quarter. The breakdown shows that Abuja Disco rejected 94.72mwh, Port Harcourt Disco with 92.35 mwh, Ibadan 67.14mwh and Benin Disco 46.40mwh.

Among all the distribution companies, only Kaduna accepted power beyond the MYTO allocation. It was 65.96mwh in excess.

The DISCOs had in August rejected about 541.56mwh, which was four per cent of the total energy delivered to them. Port Harcourt Disco rejected the most megawatts totaling 239.88. It was followed by Eko Disco with 134.8mwh.

On the other hand, in august, five Discos took excess loads beyond their MYTO allocation of 187.21mwh. Abuja Disco took the most with 132.81mwh, followed by Kaduna Disco with 23.21mwh, Ibadan Disco with 16.24mwh and Enugu with 12.42mwh. All these made peak electricity generation to remain stagnant at 3,890.1mw.

But, in defence of the Discos rejecting the allocated electricity, the executive director, research and advocacy, Association of Nigerian Electricity Distributors (ANED), Sunday Oduntan, said the development was unavoidable.

He said the Discos were being impacted by TCN’s infrastructure and technical limitations in wheeling power to the desired geographical areas.

“The truth of the matter is that TCN has not been able to properly transmit the generated power to the various distribution companies. If my customers are in Mushin, you cannot take the power to Victoria Island. How do you expect us to distribute such power?

“No matter how TCN wants to play it to colour the reality of transmission shortcomings, transmission remains the weakest link in the power value chain,” he said.”

Regarding the challenges facing the sector, the managing director, Benin DISCO, Funke Osibodu, said Nigeria would only have the kind of power that would support full industrialisation when the country is capable of generating at least 150,000mw of electricity.

She noted that with the current generation capacity below 10,000mw, it was obvious that Nigeria had barely scratched the surface as far as the scale of investments needed in the power sector was concerned.

Speaking at the PricewaterhouseCoopers’ Annual Power and Utilities Roundtable, Osibodu said there were shortfalls in both the working capital needed for the day-to-day expenses and CapEx.

She said there was an urgent need to enforce a cost-reflective tariff system to stimulate more investments.

“The regulator is trying to avoid tariff shock, a situation where the consumer finds it difficult to cope with increased tariff.”

Managing director, Oando Gas and Power, Bolaji Osunsanya, said the demand for gas was affected by the preference for oil, poor funding of the joint ventures, absence of commercial terms for gas in the production sharing contracts and the lack of clarity and standardisation of the fiscal terms.

He called for the completion of all ongoing gas-based infrastructure to make gas available in the market as well as a more aggressive implementation of the Nigerian Gas Master Plan.

Talents to shape Nigeria’s future are in universities–Osinbajo

You can go now Mr President

Zulum calls for use of mercenaries to rout Boko Haram extremists