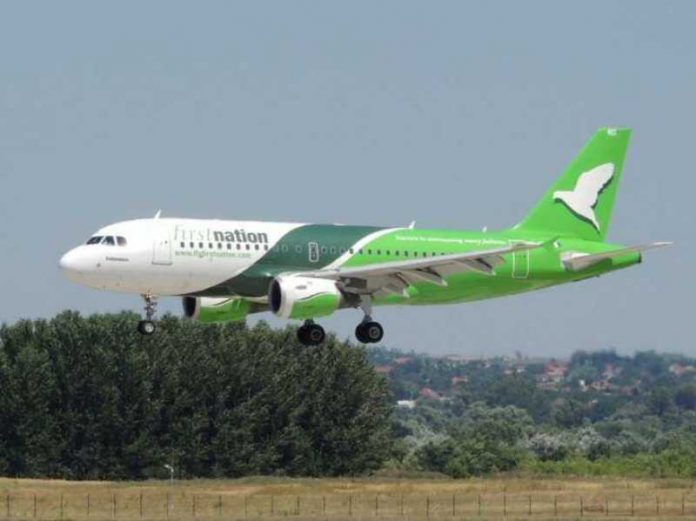 First Nation Airways (FNA) which was fined N33.5 million by the Nigerian Civil Aviation Authority (NCAA) for violating safety regulations has accused the agency of acting in bad faith by rushing to the media to announce the fine.

The airline said in a statement issued in Lagos that NCAA’s action “did not contain the fact that we immediately filed an appeal against the sanctions in accordance with the requirements of Nigerian Civil Aviation Regulations (Nig.CARs) 1.10.”

“We are surprised that the NCAA press release did not contain the fact that we immediately filed an appeal against the sanctions in accordance with the requirements of Nig. CARs 1.10.

“The fact that NCAA elected to go public…and by  deliberately  withholding  the fact that  we have appealed the sanctions  in accordance   with the relevant regulation is in bad faith and showed  the Authority’s tendency of regulation by media in a very sensitive industry.

“It is our position that on the day that the said flight was ramp inspected, the Captain had a valid medical license.  We  have  also  drawn  NCAA’s  attention  to  the  need  to  address  the bureaucracy  associated  with  the  general licence  and    medical  renewals  process  with  the Authority,” said the airline.

FNA said it will  cooperate  with  NCAA  in  working  to  improve  the  current  challenges  with respect to License renewal.

However, it said: “The airline admit no wrong doing  and despite  this  position consider the level of financial fine arbitrary  and  at  variance  with  the  levels    set  out  in    the  relevant  section  of  Nigerian Civil Aviation Regulations (Nig.CARs).

“The essence of Nig.CARs  is  corrective  rather  than  cause  airline  injury  and    we  will  be working the appeal and review of the sanction with NCAA.

FNA is committed to best industry practice and respect for regulation and take the safety seriously,” said the airline.

It would be recalled that NCAA imposed a fine of N33.5 on the airline its pilots a for contravening safety regulations

The agency said during a ramp inspection Airbus A319 Aircraft with registration mark 5N-FNE at the Nnamdi Azikiwe International Airport (NAIA), it was discovered that the pilot-in-command was not in personal possession of a current medical certificate neither was it readily accessible.

It said the pilot admitted violating Nig.CARs while the airline demonstrated lack of thorough knowledge of the requirements of the Regulations.

“The airline has contravened the Regulations by allowing a flight crew member to be rostered to operate a total of 16 scheduled flights on the 2nd, 3rd, 4th, 6th, 7th and 8th November, 2016.

“These operations were carried out while his medical certificate had expired since on the 1st November, 2016, thereby rendering his pilot’s licence subsequently invalid from that date.

“On this strength, the airline is required to pay a total sum of N32,000,000 while the pilot will pay N1.5 million being moderate civil penalty for the violation,” said NCAA.

Chiwetalu Agu’s arrest: Much ado about nothing

Why Buhari should thank Tinubu

Med-View Airline gets listed on NSE