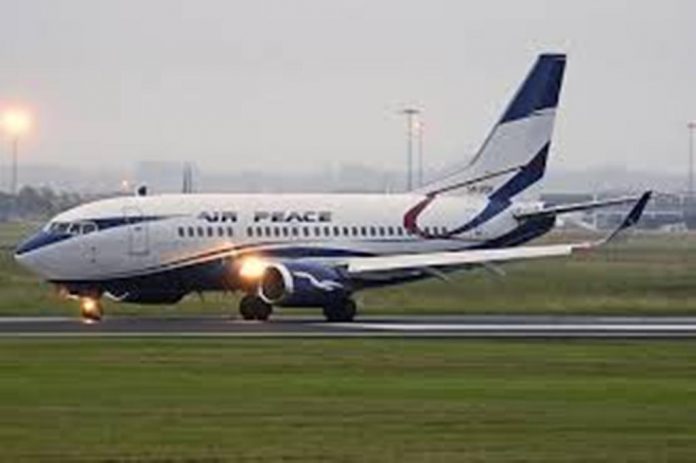 Air Peace has announced the launch of its Lagos-Sokoto and Abuja-Sokoto services as part of its route expansion strategy.

The airline said in a statement signed by its spokesman, Mr. Christian Iwarah that the Sokoto service which begins on March 1 was the airline’s response to the desire of the people of Sokoto and other parts of the North to extend its flights to the area.

“We are pleased to announce the commencement of our flight operations from Lagos and Abuja into Sokoto. Sokoto is a strategic social, economic and religious centre reputed for its unbroken record of peaceful coexistence in the North.

“We are indeed happy to lead the new effort for seamless connection between the state and other parts of Nigeria. Our entry into the Sokoto route is timely,” he said.

Iwarah added: “Towards the end of 2016, we promised to connect Nigeria, Africa and other parts of the world. We have been delivering on our promise consistently since.

“Our massive expansion effort since the last quarter of 2016 has established us as the airline of choice on the Lagos-Benin-Lagos, Abuja-Benin-Abuja and Lagos-Uyo-Lagos routes. We also launched our daily Lagos-Accra-Lagos operations.

“We have now decided to spread our wings of peace to Sokoto before launching out to more regional and international destinations, including Abidjan, Douala, Niamey, Dakar, Johannesburg, South Africa, Dubai, Mumbai, Guangzhou-China, Atlanta and London.

“We are not just embarking on opening new routes; we are also acquiring more aircraft and setting up more offices…to make our services much more accessible to the people. We will continue to seek ways to give our loyal customers and other air travellers the best flight experience.”