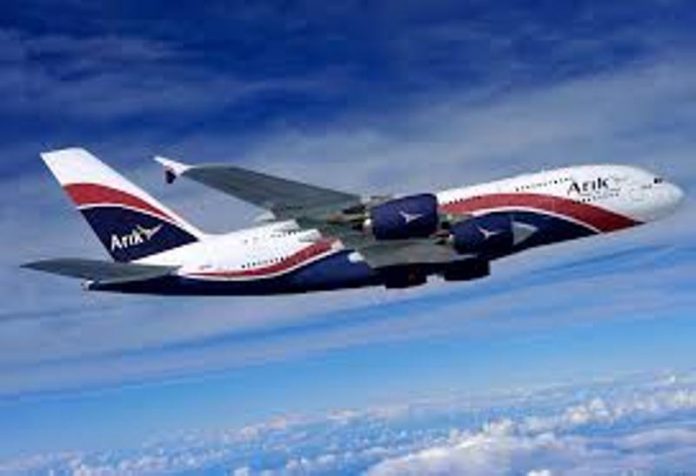 Beleaguered Arik Air is in trouble again as aviation unions have perfected plans to shut down its operations over the failure of the airline’s new management to address some labour-related issues.

Speaking in an interview, the general secretary of NUATE Mr. Olayinka Abioye said there were issues bordering on review of conditions of service, remittance of union workers’ deductions to their respective unions as well as re-instatement of sacked union workers.

Abioye who accused the airline’s new management of intolerance to unionism in the airline alleged that the new management had, in a recent circular, warned the workers not to join any union in the aviation industry.

“Contrary to expectations, a circular was issued by the vice president human resources of the airline to the effect that Arik workers should shun unionism because the airline has zero tolerance for trade union. Thereafter, the same management wrote a petition to the inspector general of police against the unions claiming that the unions threatened him.

“The workers want to join the unions which they have the right to do as contained in Section 40 of the 1999 Constitution of the Federal Republic of Nigeria (as amended) and international conventions. I don’t know the body language of the management. They don’t want it to happen,” said Abioye.

He recalled that the unions had issues with the former management of the airline in December 2016.

He also said the issues led to the shutting down of the operations of the carrier for a day before the Nigerian Civil Aviation Authority (NCAA) intervened to save the situation.

“Certain commitments were extracted from the meeting and we were supposed to have a feedback early this year. But when we got there early this year, Arik Air management was not insight and we later learnt that Asset Management Corporation of Nigeria (AMCON) had taken over the airline.

“As expected from responsible union bodies, we wrote a letter to the new management seeking for a meeting with them, which was approved. We got to that meeting and the receiver manager, Mr. Oluseye Opasanya, walked out the leaders of the three unions,” he said.

Boris Johnson: Nigerians are not just interested in money, we’re committed to it

The orphans of coronavirus