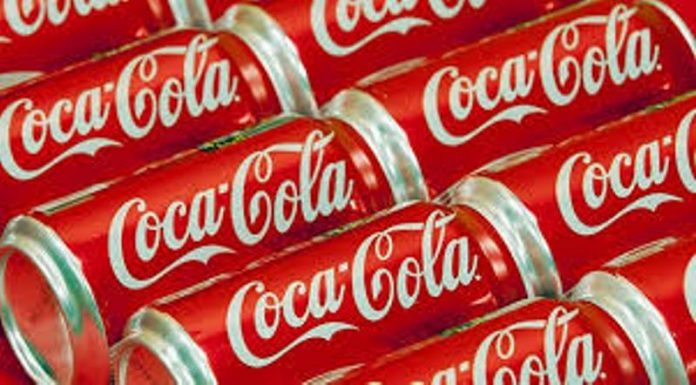 Police have launched an investigation after what appears to be human waste was found in a shipment of drinks cans at a Co Antrim factory.

Multinational Coca-Cola said it was probing the matter with the PSNI. It added products currently on sale were not affected.

Belfast Telegraph reports that the night shift at Lisburn’s Coca-Cola plant was disrupted last week when a container of cans thought to have arrived from Germany clogged up the machines – only for workers to discover a number were filled with what looked like human waste.

“It was absolutely horrible, and the machines had to be turned off for about 15 hours to be cleaned,” a source said. “It was unusual because normally the cans come from somewhere else in the UK, but this time they apparently came from Germany.

“The rumour is that some poor immigrants could have made that long journey in the lorry and that in their desperation were forced to use the cans instead of a toilet.

“It’s really shocking – and beyond the shock of finding something pretty disgusting in the cans is the thought there could have been poor people in that situation. And if they did make that journey, where are they now?”

The source explained the cans arrive at the factory without tops on, to be filled with the fizzy drink before they are sealed and sold across Northern Ireland.

“That’s really shocking, and if the drinks cans were to get out into shops then it could be extremely dangerous for people,” she said.

“But Coca-Cola are a big business in the area and I’m sure they’ll do everything necessary to make sure the affected ones don’t get out.

“That illegal immigrants could be involved in some way is worrying too, although we’re not sure yet if that’s the case.

“But rather than condemn anyone who might have found themselves in this situation, I think it’s far more important that we help anyone who is that desperate and make sure they’re safe.”

Police visited the factory at the city’s Knockmore industrial estate after the discovery.

The PSNI said: “Detectives are investigating an incident at commercial premises in the Lisburn area following reports that a consignment of containers delivered to the premises had been contaminated.

“The investigation is at an early stage and there are no further details available at this time.”

The soft drinks giant said: “Coca-Cola take the safety and quality of our products extremely seriously.

“We are aware of an incident involving empty cans at our plant in Knockmore Hill, Lisburn.

“We are treating this matter extremely seriously and are conducting a thorough investigation in co-operation with the PSNI.

“The problem was identified immediately through our robust quality procedures and all of the product from the affected production was immediately impounded and will not be sold. This is an isolated incident and does not affect any products currently on sale.”

The Food Standards Agency said: “The FSA in NI is aware of a physical contamination incident at Coca-Cola Hellenic in Lisburn. There is no evidence to suggest that any affected product has reached the market.

“The incident is subject to an investigation by the PSNI and the environmental health unit of Lisburn and Castlereagh City Council.”

US sanctions against Iran push oil prices to $85

FG cheated me, Dogara out of juicy public offices–Saraki

FiBOP felicitates with Rasheed Bolarinwa on election as ACAMB president