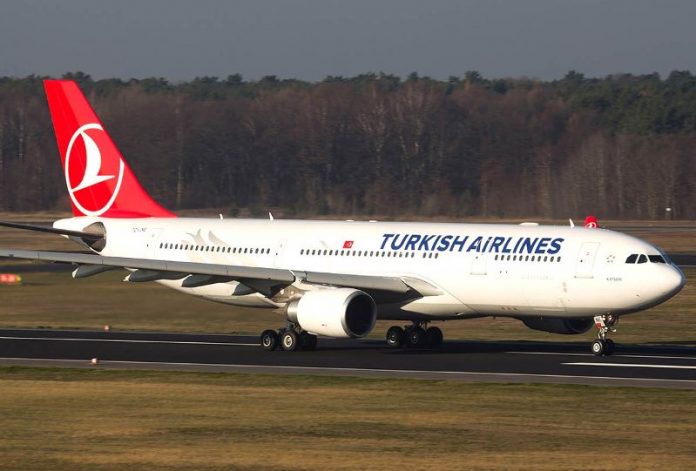 Nineteen pupils and three instructors of Glisten International College, Abuja have been stranded in Istanbul, Turkey due to the inability of Turkish Airlines to ferry them back to Nigeria as scheduled.

A source from the school who craved anonymity told News Gazette in a telephone interview that the students aged between ages 11and 14 and their instructors were made to sleep on blankets in the resting area of the airport terminal over night instead of a hotel.

It was further learnt that the contingent which had gone to United States to represent Nigeria in a competition few weeks ago, was forced to part with $40 (N12, 800) each before they could be allowed to sleep in that part of the airport.

The team, it was further gathered had boarded Turkish Airlines flight from Abuja, Nigeria to US with a stopover at Istanbul Airport but had issues on the US-Istanbul-Abuja flight.

Turkish Airlines delayed US-Istanbul flight for an hour and when the flight eventually left the US and arrived in Istanbul for the connecting flight, the Istanbul-Abuja flight had already departed.

When the team contacted the management of the airline in Turkey for a better accommodation, the airline declined saying it could not be responsible for their accommodation despite the fact the passengers were not at fault.

“Our pupils, students and instructors went to the US to represent Nigeria and were supposed to return on Monday, but missed the flight to Nigeria because the flight from US operated by Turkish Airlines was delayed for an hour. By the time they got to Istanbul, the flight to Abuja had already departed.

“When that happened, we approached them for accommodation for our team, but the airline said they won’t be responsible for accommodation or feeding of our team. Instead, they were told to sleep in the resting room of the terminal and had to pay from their purse. This negates the international standards.

“These are children between the ages of 11 and 15 years and are exposed to this harsh treatment. Could they have done that with their own citizens? Or, will they allow any Nigerian carrier to do that to their citizens in Nigeria?

Since the students and instructors were stranded at the airport, they have been responsible for their own feeding and other expenses. I am begging our government to take up this challenge because these kids went to represent Nigeria in the US,” said the source.

As of the time of handing in this report, there was no reaction from Turkish Airlines as its consultant, KunmoCom, which promised to explain its (airline’s) side of the story failed to do so.

Husband and wife, 11 children infected with coronavirus disease in Spain

FAAN underscores need for cooperation in the face of threat to...