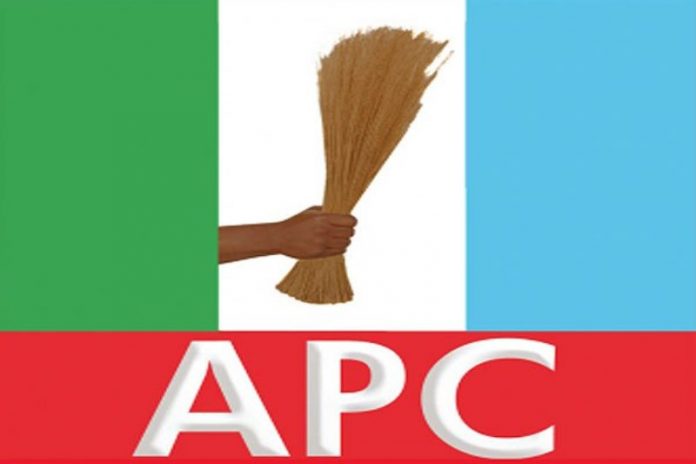 Violence erupted midway into the primary election of the All Progressives Congress (APC) to elect chairmanship candidates for the July 22 council polls in Lagos State on Saturday, ending the event abruptly.

The News Agency of Nigeria (NAN) reports that aggrieved party supporters engaged one another in a free-for-all midway into the election, smashing ballot boxes over allegations of imposition of candidates at the election.

Scores of delegates and others present at the Teslim Balogun Stadium venue fled in different directions as a result of the fracas, even as some were injured.

The chairman of the elections committee, Senator Tokunbo Afikuyomi, was also attacked, with his top taken off by angry supporters who accused him of impartiality as he scampered to safety.

Security officials later forced him out the grip of the angry youths and whisked him away.

Trouble started when some party members in Surulere and Lagos Mainland openly protested against the names of candidates being read out by Afikuyomi for endorsement as consensus candidates.

They alleged that the party leadership was foisting candidates on them and said the decision of the leadership to approve consensus candidates in 18 councils was wrong.

The aggrieved members initially vented their anger through protests, but it later degenerated into fracas between supporters of selected candidates and those who opposed them.

A party faithful, Mr. Wale Tokunbo, had said shortly before the violence broke out that the substitution of Mr. Tajudeen Ajide for the Surulere Local Government Area Chairmanship for another candidate was unjust.

“The removal of Ajide’s name for the name of somebody we don’t know is not acceptable to us.

“If we talk about democracy, we should be able to practise it. This primary is a sham; we would resist it,” he said.

Another party faithful in Mainland Local Government who pleaded anonymity said the party members were surprised at the mention of Yaba Local Government as one of the areas with a consensus candidate at the primary.

He said there were aspirants contesting for the post in the area and that nobody knew of the consensus candidate until they got to the venue.

“What consensus candidates are they talking about? We are just knowing that Yaba is one of them now. This is wrong,” he said.

Earlier in his speech, the chairman of the party, Mr. Henry Ajomale, had urged the delegates and other supporters not to be violent.

“I welcome you all to this election and I urge you all conduct yourselves in a peaceful manner.

“We have the information that some people are here to cause trouble. We shouldn’t allow them because they are saboteurs, “he said.

The names of Mr. Toba Oke (Ifako Ijaiye) and Mr. Kamal Bashua (Lagos Island East) were among the few candidates out of the 57 endorsed at the primary before violence broke out.

Meanwhile, security operatives have taken over the party’s secretariat in the state following an outbreak of violence that erupted during the election primaries.

My presidential ambition continues to give many people heart attack – Emefiele

Nwodo, Umahi, Ikpeazu, Obiano others not safe outside Nigeria