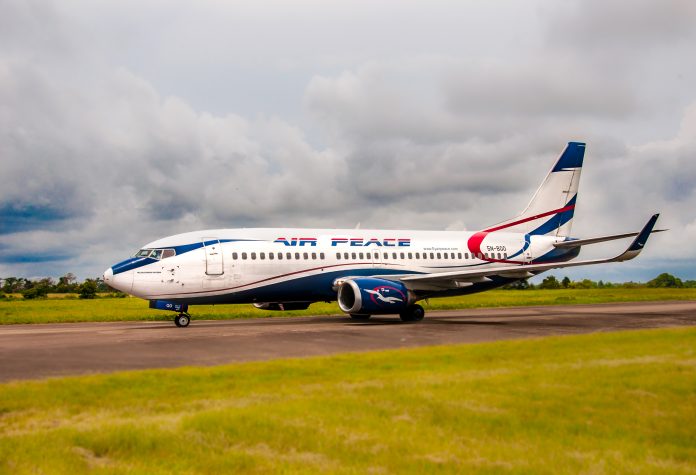 Air Peace has announced the start of its flights to Freetown in Sierra Leone, Banjul in The Gambia and Dakar in Senegal as from December 15, 2017.

Spokesman for the airline, Mr. Chris Iwarah said today in Lagos that the new routes new routes would constitute the second phase of the airline’s expansion project on the West Coast of Africa and bring its route network to 14 destinations.

“We are pleased to announce the second phase of the expansion of our route network on the West Coast of Africa with the commencement of our flights from Lagos to Freetown, Banjul and Dakar.

“This is an exciting step in fulfilling our promise to unlock the economies of the region, offer air travellers on business and leisure trips seamless connectivity as well as create jobs for the people when we launched our first flight out of Nigeria into Accra, Ghana on February 16.

“We will operate round-trip flights from our Lagos base to the new routes four times a week on Mondays, Wednesdays, Fridays and Sundays. The service departs the Murtala Muhammed International Airport for Freetown at 7am (local time).

“The launch will bring destinations on our regional route map to four. Our West Coast expansion project is still unveiling.

“We hope to connect about five more routes in the region in the next few weeks. In the coming months, we will open up more opportunities for our guests to experience the exciting world of Africa and international destinations, including Dubai, London, Guangzhou-China, Houston, Mumbai and South Africa,” he said.

Iwarah who said the airline, which recently increased its fleet size to 24 aircraft, also stated that a Boeing 737 would be deployed top the new routes for the comfort of its passengers.

Presidential broadcast and other stories

Aviation unions protest against appointment of outsider as GM in FAAN