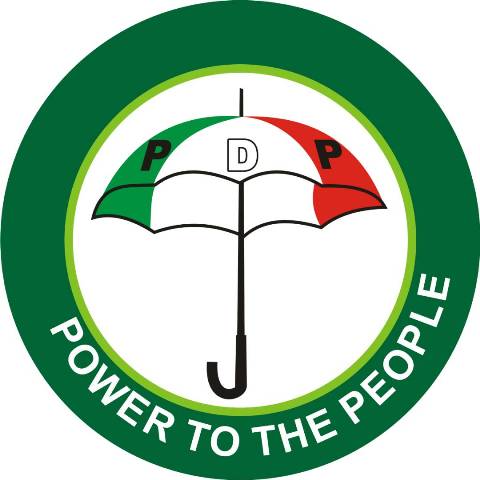 Last Saturday, December 9, the Peoples Democratic Party (PDP) held its national convention at Eagle Square, Abuja where national officers emerged to take over the affairs of the party from the national caretaker committee headed by the former governor of Kaduna State, Mr. Ahmed Makarfi. After the election in which Mr. Uche Secondus emerged as chairman, members of the party reacted to the outcome of the convention and urged the new executive to re-position the PDP for the task ahead.

Not left out of the commentators was the ruling All Progressives Congress (APC). The party, which has not yet conducted any convention in more than three years alleged that the process leading to the election of the new PDP national officers was fraught with irregularities. Excerpts of the reactions.

Jonathan had, in a press statement issued by his spokesman, Mr. Ikechukwu Eze congratulated the newly elected national officers of the PDP urging them to always put the party first above other interest. Besides, he tasked members of the party to make sacrifices, noting that the only way to achieve the party’s goals and aspirations was to unite as members of one political family.

“I congratulate the newly elected members of the National Working Committee of our great party led by Prince Uche Secondus and wish them a successful tenure as they seek to reposition our great party.

“I reiterate that the only way to prove that this is victory for the PDP and all our members is for the new leaders to be magnanimous and aim to carry everybody along, for we cannot achieve our mission and aspirations, unless we unite as a family.

“To the rest of us, let us make sacrifices, put our differences behind us and accept this as a new dawn that will take our party to greater heights,” he said.

The former vice president who reacted to the successful conduct of the convention said Nigerians are looking up to the PDP for unity in the party, “because it takes a united and coherent PDP to sack the APC government in 2019.”

He said the immediate challenge before the newly elected national officials of the PDP is to run an all-inclusive administration where the various interests within the party can find accommodation.

“Our great party, the Peoples Democratic Party is, again, at the threshold of an historical moment. Just as we mobilized to put an end to prolonged military rule in 1999, the people of Nigeria at this moment look up to us to rescue the country from the mis-governance of the APC.

“Arising from our elective congress, there should be no victor and no vanquished. Our paramount attention should be focused at sacking a government that deceived the people of Nigeria into power by promising our youths three million jobs annually, only to deliver three million job losses annually; a government that is repeatedly living in denial of its commitment to restructuring. We must be united to take power back to where it belongs: the Nigerian people.

“As members of the PDP, we must take pride in being able to hold a national convention and in so doing live up to the bill of being a truly democratic political party. Our major opponent has not been able to achieve this feat and I join millions of our party members to congratulate the Ahmed Makarfi-led national caretaker committee.

“I understand that there are complaints and grievances from many of the co-contestants in the congress. I am aware that the PDP has a mechanism for addressing such complaints and it is important that such avenues of redress are made available for members to explore without let or hindrance.

“Meantime, I call on all our leaders and members to rally the new executive for the sake of our party, Nigeria and the good of our people,” said Atiku.

Dokpesi, who was one of the contenders for the chairmanship position had earlier faulted the process of the convention and accused the PDP of impunity. However, he later made a u-turn and accepted defeat saying “the delegates have spoken.” .

“Ì appreciate the delegates for voting at the convention and congratulate the newly elected National Working Committee of the PDP led by Secondus.

“You will recall that I said that the PDP must be the ultimate winner at the end of the contest.

“God bless the Peoples Democratic Party. Congratulations PDP as I wish all our members the best of luck,” Dokpesi said.

Similarly, former minister of aviation, Chief Femi Fani -Kayode congratulated the newly elected national chairman and his team and urged everyone to “set aside our differences and prepare to face the monumental challenge that lay ahead.”

“Congratulations to my friend and brother Prince Uche Secondus, the newly-elected National Chairman of our great party the PDP, and to all our other newly-elected party officials.

“I also commend and congratulate President Goodluck Jonathan, Vice President Abubakar Atiku, Senator Ahmed Makarfi and others on their profound and inspiring speeches at the convention.

“We must now all set aside our differences and prepare to face the monumental challenge that lay ahead. We must be ready and prepared to fight for a greater cause and to stand against a vicious, corrupt, deceitful, relentless and rapacious enemy that has divided our country, that has destroyed our economy and that has persecuted, marginalized, humiliated, demonized, massacred and pauperized our people.

“Together we shall change the change and burn the brooms in 2019. Together we shall raise the PDP flag in every part of this nation and send Buhari and his evil APC government back to hell where they came from,” said Fani-Kayode.

Speaking through its national publicity secretary, Mr. Bolaji Abdullahi, APC which has not conducted its convention in more than three years alleged that money-for-votes and systematic rigging characterised the PDP convention.

“In reacting to revelations of how money-for-votes and systematic rigging was brazenly perpetuated during the National Convention of the Peoples Democratic Party (PDP), the All Progressives Congress (APC) is mindful of the popular axiom: “A leopard cannot change its spot”.

“The abnormalities that trailed the PDP National Convention have further exposed the PDP as a Party not ready and willing to change. Indeed, the PDP has once again displayed itself to the generality of Nigerians that it is a Party with corruption deeply rooted in its DNA.

“Again, it is tragic that the PDP which used to pride itself as “the biggest political Party in Africa” has now been reduced to a regional party. By frustrating South West Chairmanship candidates, it is unfortunate that the PDP has decided to punish the South West for not voting for the Party in 2015.

“We urge members of the PDP that can pass the integrity test to join the APC so that we can together bring about the much-needed Change the country deserves,” said APC

Medical examination to be carried out on rescued UNIABUJA lecturers – VC