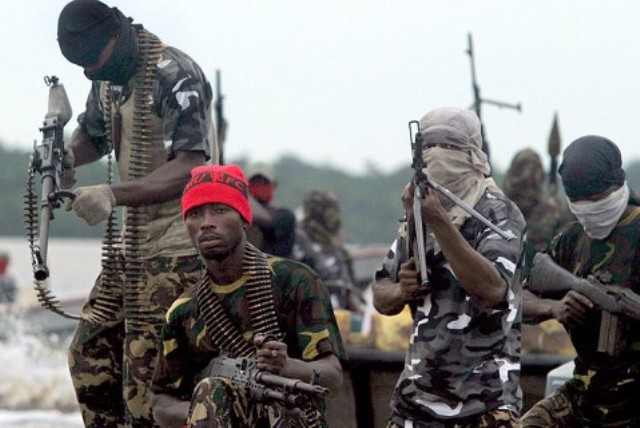 The coalition of Niger Delta agitators under the aegis of Reformed Niger Delta Avengers (RNDA) has sent a protest letter to the president, Muhammadu Buhari accusing the federal government of double standards in the contentious proposal to withdraw $1 billion from the Excess Crude Account (ECA) to fund the fight against the Boko Haram insurgents in the North-East.

The group described as “insensitive” and a negation of the principles of natural justice by using resources derived from a neglected region to combat insurgency in the North-East in the senseless Boko Haram war to the tune of $1bn from ECA.

The RNDA also described the plan as “wicked” saying it all disregarded the peace accord signed with the people of the Niger Delta and warned the federal government not to take the prevailing ceasefire agreement for granted.

The open letter which was made available to the media in Yenagoa, Bayelsa State via electronic mail and signed by ‘Major General’ Johnmark Ezonbi, reads partly: “Through the ceasefire, the country is enjoying daily crude oil production of between 2.2 and 2.4million barrels of crude production which amount to billions of naira daily for the federal government. It also helped the country to get out of recession. So, the government should not take our patience and silence for granted.

“We want to state categorically that the President Muhammadu Buhari-led federal government is insensitive and practically negating the principles of natural justice by using resources derived from a neglected region to combat insurgency in the North-East in the senseless Boko Haram war to the tune of $1bn from ECA.

“Why not access the fund from excess account from the sale of agriculture products in the northern part of the country? Why must it be from the creeks of the Niger Delta?

“The federal government’s insensitivity to the Niger Delta development has obviously reached its crescendo. We will not take this but resist with our might. This broad day light robbery against the Niger Delta people will not be accepted by us. We are going to resist this perpetual injustice against our long-neglected people in the region.”

They warned that the region would witness a massive destruction of oil pipelines and installations if the government failed to accede to their demand.

The coalition boasted that in a well-coordinated attack tagged, ‘Cripple the Economy with Zero Crude Oil Production,’ there would be no more oil funds to finance the 2018 budget.

“We will ensure that anything that stands in our way will be crushed without mercy. All foreign nationals are hereby advised to leave the region as all our unit commanders have been put on the red alert to resume ‘operation zero oil production’ on the expiration of the four-week ultimatum.

“The governors of the South-South will not be spared for being part of that decision for the approval of $1 billion to combat insurgency while our region suffers. We are the golden hen that lays the egg but nothing to show for it. The Federal Government will hear from us after the expiration of the four-week deadline.

“Mr. President, we the leadership of the Reformed Niger Delta Avengers RNDA made up of coalition of nine militant groups in the creeks of the most underdeveloped region in the world with the most blessed natural and human resources have watched the activities of the All Progressives Party-led federal government as regards the development of the region and have reached the conclusion that it is not yet Uhuru,” said RNDA