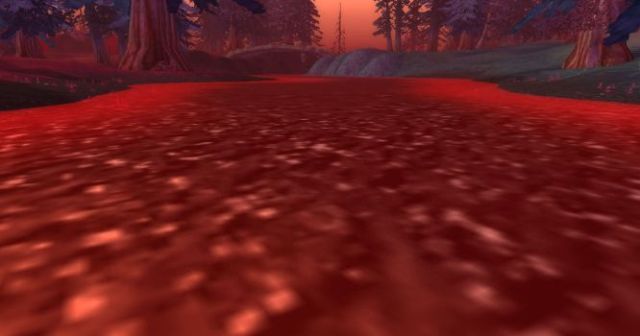 In many different Christian traditions, such as those of Baptists, Methodists and Pentecostals, watch night services are held late on New Year’s Eve, and ends after midnight. This provides the opportunity for Christians to review the year that has passed and make confession, and then prepare for the year ahead by praying and resolving. The climax is in the shout of ‘Happy New Year’, pronouncement of blessing on worshipers, after which they return to their places with happiness to continue in the celebration, wining and dining.

But in some places in Rivers, Bayelsa, Benue and Kaduna states, the New Year was celebrated in tears. While worshippers were coming home from churches with loved ones, just walking, talking, holding hands and basking in the euphoria of making it into the new year with renewed hope of a better and prosperous  2018, a murderous criminal gang unleashed terror on them, spilled the blood of many  innocent ones and disappeared into thin air.

In Rivers, Omoku main town in Ogba/Egbema/Ndoni local government area of the state was the epicentre of killings were bandits gunned down 14 persons and wounded as many as 30 other Christians who were returning from different churches around 12: 20a.m after attending the cross over night service.

While, the bereaved families were mourning the loss of their loved ones, the minister of transportation Mr. Rotimi Amaechi played politics with the bloodletting by pointing fingers at the state governor, Mr. Nyesom Wike saying he (the governor) encouraged militant groups in the name of politics and election.

“I think the governor needs to get a bit more serious, he should stop encouraging the militant groups in the name of politics and election. You heard about 21 only in Omoku, what about in Akutoru where two person were killed, what about other local government areas.

“I was governor of Rivers State, I did not play PDP/APC politics, life is life it has no symbol. Nobody has APC life or PDP life. The first responsibility of a governor which is what the oath of office requires is that you swear to protect lives and property.

“When you don’t protect life and property what do you do? Is impeachment. Unfortunately there is no House of Assembly in Rivers State.”

Wike, who preferred not to join issues with the minister, said the killers would not go unpunished and placed a N200million bounty for information that will lead to the arrest of the gunmen who committed the havoc.

“We have placed a N200million bounty for relevant information that will lead to the arrest of all those involved in this unfortunate act of violence.

“Anybody who is connected to this crime in any way will have his/her houses forfeited to the Government. This place has been peaceful before this unfortunate mayhem.

“We will not allow another case of this violence. We have mobilised the security agencies to take the battle to the perpetrators.”

In the neighbouring Bayelsa State, residents of Ondewari, a rustic coastal community in Southern Ijaw local government area will never forget the eve of 2018 when they observed watch night service not in their churches or shrines (for the traditional religion adherents) but in the swampy forests, no thanks to two rival cult gangs operating in the creek.

The people had been used to oil spill that has devastated their coastal enclave for many decades. But between December 30, 2017 and January 1, they witnessed a different kind of spill, this time blood, occasioned by violent protest against cheating in the distribution of petroleum pipeline protection jobs in the area.

During the hostilities, two cult groups that clashed took it out on the unsuspecting residents and mowed down two persons in the process while scores caught in the crossfire sustained gunshot wound and were taken to undisclosed hospitals for treatment.

The heavily armed murderous gang was said to have descended on the communities around 9pm on New Year’s Eve and continued the killing and plundering and destruction of properties till around 4am on January 2.

The weeping governor of the state, Dr. Samuel Ortom who signed a belated anti-open grazing bill into law recently fingered the leadership of cattle breeders association as accomplices in the perennial gruesome attacks on Benue communities.

“I have reiterated my call on the federal government to arrest the leadership of Miyetti Allah Kautal Hore (MAKH) because they have openly said they would resist the law on open-grazing, which is an initiative of the Benue people. There is no other alternative to ranching.

“If the federal government does not arrest them, then they are throwing us into a state of anarchy. No going back on the law,” he said.

The carnage in state was avoidable if the security agencies had been alive to their responsibility.

Ortom who vowed that no matter the level of intimidation and killings by the marauding buccaneer herdsmen, the anti-open grazing law would not be reversed or repealed stated that security agents were informed ahead of time before the Fulani herders came to attack the people.

“This is unfortunate. The security agencies of this country are aware of what is happening in Benue. So many people are being killed, many houses destroyed, some innocent children were slaughtered, other sliced in the throat just because they want to be law abiding.

“Even amongst the livestock guards, who were there to ensure that there are no clashes, nine of them were killed and innocent women and children were killed. This is not fair.

“The federal government must rise up to protect us because this is not right. They (federal government) own the security apparatus. The ones that are here are doing their best but there should be more and that is what we are calling for,” said Ortom.

Meanwhile, Benue indigenes blamed the federal government saying it had not done enough to save the people from herdsmen attacks.

The president, National Association of Ihiarev Youths, Bem Terna, lamented that despite the killings by the herdsmen, President Muhammadu Buhari had yet to make any statement or order the arrest of the suspects.

“The federal government is not doing anything to address this situation. In fact, it is conspiring against the state to allow this carnage to continue. The President is adamant over the issue. We will continue to stage this protest for seven days. We want the entire world and the international community to come to our aid,” said Terna who led a protest match.

Senator Joseph Waku called on the federal government to declare emergency on the activities of the Fulani herdsmen in the state.

“I’m a direct victim of the two days attack on my community because several lives were lost, also farmlands and other properties.

“For now, I cannot quantify what we lost because some of the bodies of victims of the attacks were yet to be found.

“I’m calling on the federal government to declare an emergency on the activities of the herdsmen and to also deploy soldiers permanently in the troubled areas,” he said.

In Kaduna State, unknown gunmen killed a traditional ruler, the Etum Numana, Mr. Gambo Makama and his pregnant wife in Arak, in Sanga local government area in the wee hours of January 1.

Makama, a second class traditional ruler had traveled to his village to celebrate New Year.

It was gathered that masked gunmen invaded his residence few minutes after midnight, opened fire at the traditional ruler, his wife and 45 years old son.

The chief and his second wife said to be some few months pregnant died on the spot, while the son sustained injuries and was rushed to the hospital.

The gun men were not done yet. They set the chief’s residence ablaze before escaping into the bush.

On the whole, the New Year’s bloodletting in the south-south, north central and north-west states have been roundly condemned with federal government pledging, as usual, to be on top of the situation.

Former senate president, Senator David Mark condemned the attacks on defenceless citizens across the states, saying “this pogrom is reprehensible, barbaric and inhuman.”

Mark, who called for an urgent and strategic approach to halt further tragedies, lamented the “unabated anarchy” across the land, urging security agencies to rise up to the challenge and curb the menace. Unabated

Mark who also called for a synergy among security operatives to combat “the worrisome situation” declared: “No matter the anger in a man’s mind, resorting to violence or taking another person’s life can only aggravate the situation. There are enough channels of mediation, including the courts and the legislature to address perceived or alleged misdemeanour.

“Nobody has a right to take another man’s life needlessly. The law must take its course and perpetrators must not go unpunished. This lawlessness must not continue. Security operatives must do the needful to fish out the perpetrators.”

The former vice-president, Mr. Atiku Abubakar described as “unacceptable” the cycle of blood-letting that had led to the loss of precious lives across the country.

He said the killings in those states, and other senseless killings and reprisal was ungodly, a throwback to the Stone Age, and a hindrance to the promotion of peace and unity in the country.

“That the Almighty in His Wisdom made us a nation of different tongues and tribes; made us Africa’s most populous nation with more than 300 tribes, is no accident. If well enhanced, our diversity should be our biggest strength.

“There cannot be development when innocent lives are being lost in a seeming endless cycle of attacks and reprisals. While we should hold every life as precious, it is more painful that the victims of these attacks are women and youths – the demography that we depend upon to drive development,” he said.

And the speaker, House of Representatives, Mr. Yakubu Dogora joined in the condemnation of the blood spill describing it as “worrisome.”

“These killings, coming shortly after the whole world was outraged by similar killings in Agatu in the same Benue State and another in Rivers State, are a clear indication that it is high time all the security apparatuses of the country were mobilised to put a stop to these mindless killings. Enough is enough!

“No reason whatsoever can be enough justification for such dastardly acts.

“It will be recalled that a traditional ruler in Kaduna State was recently killed by the same ‘unknown’ gunmen.

“The killing of the second class chief came a few days after several people were also killed during a Christmas carol in the Jama’a local government of the state.

“It is worrisome that at a time government is taking every step to tame the security challenges in the country, there seems to be a steady deterioration of security of lives and property all over the country,” said Dogara.

Money rituals and the head hunters