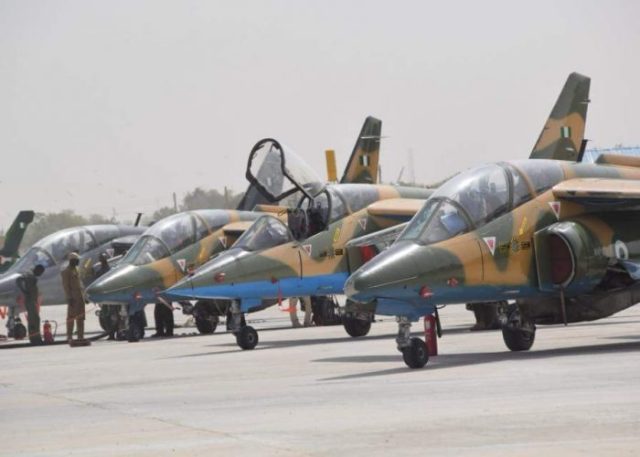 …Deploys 100 fighter jets to search for them

The federal government has released the details of the 110 students of Government Girls Science and Technical College (GGSTC), Dapchi, Yobe State who were abducted by the Boko Haram insurgents from their hostels on February 19.

“The girls’ ages range from 11 to 19 years. The list, which also contains the contact address and phone number of each missing girl, was verified by a 26-member Screening Committee that include the Executive Secretary, State Teaching Service Board, Musa Abdulsalam; Director, Schools’ Management, Ministry of Education, Shuaibu Bulama; Principal of GGSTC, Adama Abdulkarim; the two Vice Principals, Ali Musa Mabu and Abdullahi Sule Lampo; Admission Officer Bashir Ali Yerima, and the Form Masters for all the classes,” he added.

Mohammed also announced that the relocation of the Chief of Air Staff Air (CAS), Marshal Sadique Abubakar to Damaturu, Yobe State to personally superintend over the search for the 110 girls of.

Besides, he said the Nigeria Air Force (NAF) had had deployed 100 fighter to search for the abducted schoolgirls.

He said 20 of the jets had flown 200 hours as of Monday evening.

Meanwhile, the National Security Adviser (NSA) Gen. Babagana Monguno, who constituted a 12-member committee “to unravel the circumstances surrounding the abduction”, gave the committee March 15 deadline to submit a report.

The committee to be inaugurated in Abuja today will be chaired by a military officer of the rank of Major General. It comprises one senior Provost each from the Army, the Navy and the Air Force; representatives of the National Intelligence Agency (NIA); Defence Intelligence Agency (DIA); the Police; Department of State Services (DSS); Nigeria Security and Civil Defence Corps (NSCDC); two representatives of the Yobe State government and a representative of the Office of the National Security Adviser (ONSA).

The terms of reference of the Committee include ascertaining the circumstances surrounding the abduction of the girls, confirming the presence, composition, scale and disposition of security emplaced in Dapchi as well as in GGSTC before the incident and suggesting measures that can lead to the location and rescue of the girls.

Munguno, who visited the governor of Yobe State, Mr. Ibrahim Geidam in Damaturu, on Tuesday announced that 80 other aircraft would join the search for the girls.

He told the governor: “The Nigerian Air Force has deployed 20 aircraft in Maiduguri and 80 others on their way. So far, 200 hours have been utilised in flying sorties looking for these girls.

“We have also been made aware of the fact that the Nigerian Air Force will step up its operation regardless of the very hard and severe weather condition.”

Giving further details of the security measures in place as well as efforts to get the girls back, Munguno said: “Back in Abuja, we have set up our own machinery in dealing with this situation. All the security agencies have been working together. The situation room has been expanded – the one in the office of the National Security Adviser that is linked directly to all other security agencies but most importantly to the theatre command over here.

“I have made efforts with my counterparts across the region to try and work and share intelligence together and see how quickly we can bring to an end this very unfortunate situation. But, apart from that, we are also looking at other measures in dealing with past occurrences and how to forestall any future occurrence. “

FG sets up committee to coordinate humanitarian activities across Nigeria