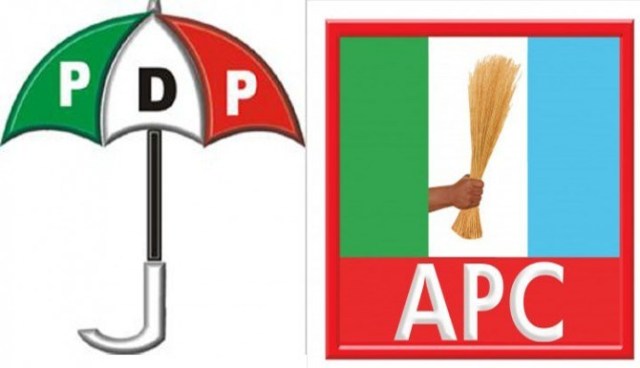 The national publicity secretary of the Peoples Democratic Party, Mr. Kola Ologbodiyan, has challenged the vice president, Prof. Yemi Osinbajo to present a list of PDP members who amassed wealth through illegal means or keep quiet.

Ologbodiyan who spoke on a Channels Television interview on Thursday who was reacting to Osinbajo’s speech at the colloquium organised to mark the 66th birthday of the national leader of the All Progressives Congress (APC), Bola Tinubu in Lagos in which he accused the PDP of massive looting in the last five years of its administration.

The PDP spokesman accused the vice president of bandying figures he cannot trace to a personality in the PDP.

Osinbajo had alleged that the looting that took place in the last five years of PDP administration cost the nation so much hence he would continue to talk about corruption in PDP’s administration.

Osinbajo, who described corruption as an existential problem for Nigeria had declared: “The corruption of the previous five years destroyed the economy.”

Ologbodiyan reacted saying: “We want to caution the Vice-President that he should stop bandying figures. Anytime the Vice-President has the opportunity to face the camera, he begins to announce figures that he cannot support,” he said.

“Our advice to him is that as a professor of law, he knows the pathway to follow when you accuse somebody of corruption. We challenge him to stop bandying figures but he should mention names of those who he claimed corrupted themselves. And if he cannot mention their names and he cannot charge them to court and he cannot cause their arrest and he cannot even list these people, he should keep quiet.

“Why can’t they come out and say in the last three years, we have done these, we have done that? All they do is to come back and say the last 10 years of the PDP, last five years of PDP. Is that what Nigerians are asking?

“As far as we are concerned in PDP, until the Vice-President comes out clean and says that your party members by so names corrupted themselves to the tune of so amount, you don’t expect us as a party to begin to respond.”

The PDP spokesman said the APC government had been unable to convict any PDP member as the party is only engaging in ‘media trial’ adding that APC’s ascent to power was financed with stolen public funds.

“Don’t forget, the PDP established all the anti-corruption agencies in the country. Name it; Economic and Financian Crimes Commission (EFCC), Independent Corrupt Practices and Other Related Offences Commission (ICPC) and whatever agency you think about. They were established by the PDP. PDP remains the only party in our modern democracy that has tried its members for corruption charges.

“Our people challenged the government of which Prof. Osinbajo is Vice-President that the corrupt money they are looking for is what they spent to bring them into government that is the position of PDP.

“If they are current members of the rebranded and repositioned PDP, declare them so, but if they are hiding under villa protection and you are busy going around villages and towns announcing that PDP stole money, you are being unfair and you are not acting like a man of God. That is the position of PDP,” he said.

No executive member is COVID-19 positive in Akwa Ibom – Commissioner

15 countries yet to record cases of coronavirus disease

Anambra: Supporters troop to Soludo’s residence ahead of election result