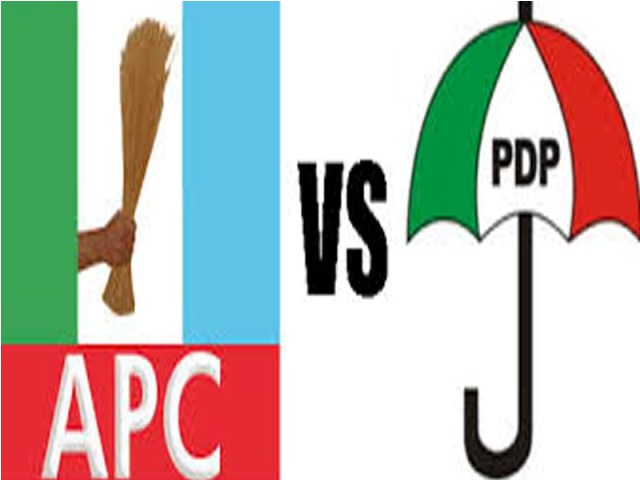 The Peoples Democratic Party (PDP) and the All Progressives Congress (APC) are enmeshed in yet another controversy with the former alleging that the latter and the federal government are desperately plotting to implicate the opposition in the alleged hacking into the personal record of President Muhammadu Buhari during the build-up the 2015 general elections.

The party was reacting to the report that the federal government had commenced investigation into the recent revelation that ahead of the 2015 general elections, a Nigerian billionaire and supporter of former President Goodluck Jonathan paid £2m to Cambridge Analytica to hack into the medical records of President Muhammadu Buhari, then candidate of the APC.

The government is also said to be probing the report that suggested that the consulting firm that combines data mining, brokerage and analysis with strategic communication for electoral process manipulated Nigeria’s 2007 elections by organising campaigns to weaken the chances of opposition parties.

It would be recalled that a whistleblower, Christopher Wylie, who worked with a Cambridge University academic to obtain the data, told the Observer, a UK newspaper that: “We exploited Facebook to harvest millions of people’s profiles. And built models to exploit what we knew about them and target their inner demons. That was the basis the entire company was built on.”

Among those whose personal data was hacked into in 2015 was the then opposition candidate, Muhammadu Buhari.

Cambridge Analytica, according to the reports, worked with Israeli hackers who were instructed to get dirt on Muhammadu Buhari during the presidential campaign.

According to those reports, SCL Elections, a public relations firm that later became Cambridge Analytica, manipulated Nigeria’s 2007 election by organising campaigns to weaken the chances of opposition parties.

As part of its engagement, the company organised “anti-election rallies” to demoralise opposition supporters from voting in the elections, which saw the emergence of Umar Yar’Adua as Nigeria’s president.

But the national publicity secretary of the PDP, Mr. Kola Ologbodiyan said today in a statement issued in Abuja while it welcomes an open investigation into the Cambridge Analytica saga, such inquest should be extended to cover the sources of the funds used to prosecute Buhari’s campaign in 2015.

He said the APC was merely seeking to divert public attention from its alleged “manifold failures and scandals.”

He said it was already public knowledge that neither the PDP nor any of its officials or members were ever linked or indicted in any way in the said saga.

“It is also public knowledge that the document being relied upon by the APC clinically stated that, ‘there is no suggestion that Jonathan knew of the covert operation.

“We are therefore aware that this new agenda is to divert public attention from the various scandalous allegations hanging on the neck of the Buhari Presidency, including the use of looted funds to finance his 2015 presidential election, the Martin Luther King’s award saga, the damaging Bill Gates verdict on the Buhari’s economic policies, as well as the numerous financial scandals in the NNPC under his watch.

“This inquest should therefore be completely open and independent of government control, so that Nigerians will know the truth, not only on the Cambridge Analytica saga, but also on the source of funds for the President’s 2015 campaign and other sleazes under his watch,” he said.

Cambridge Analytica is Canadian-based data analytics firm that has found itself at the centre of the scandal surrounding its role in the U.K. and U.S. elections.

Currently, the firm and Facebook are the focus of an inquiry into data and politics by the British Information Commissioner’s Office, the United States Special Counsel Robert Mueller; and, separately, the UK Electoral Commission is also investigating what role Cambridge Analytica played in the EU referendum.

The doctor who became worse than the patient

More people killed in Taraba than Benue and Zamfara—Buhari

INEC official confesses how he declared Okorocha winner under duress