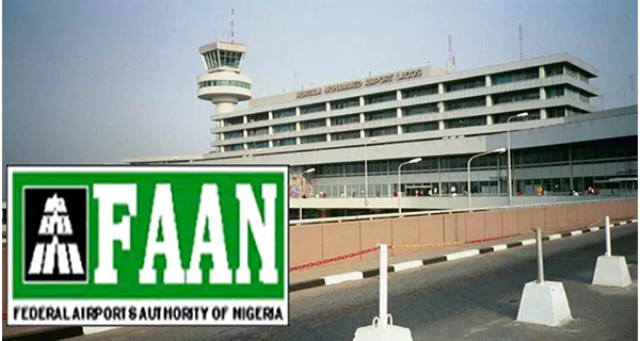 Speaking today in an interview with journalists in Lagos, the spokeswomen for FAAN, Mrs. Henrietta Yakubu said installation of the equipment at the two airports was between 85 and 90 per cent completed.

She said FAAN would continue to improve on safety and security of lives and equipment at all airports across the country.

She added that the agency had trained its security personnel on the handling of the equipment and assured that security would be better enhanced at the nation’s airports with the usage of the equipment.

“On the security, we have done a lot and the CCTV cameras are being installed at the air side. We have improved on illumination around our air sides. Right now, safety audits are on-going at the Port Harcourt Airport, Enugu and Kano Airports. The essence of this is to ensure that we are adhering to the standards set.

“At the moment, we have reached about 85 to 90 per cent completion stage. We are doing it in phases. In fact, we are mounting it at MMIA, Abuja in the first phase simultaneously and after this, we will go to Kano, Port Harcourt and Enugu Airports.

“The project has been on for a long time even before the issue of alleged incursions into the airports. It is just that we are facilitating and we want to ensure that it is done within the shortest period,” she said.

On the Airport Council International (ACI) conference hosted by Nigeria, Yakubu said FAAN would use the opportunity to open up the aviation sector to internal and external investors.

She announced that the secretary to the government of the federation, Mr. Boss Mustapha, would declare the event open while the minister of state for aviation, Senator Hadi Sirika, the president, ICAO council, Dr. Bernard Aliu, director general of Airports Council International (ACI World, Ms. Angela Gittens, would also be in attendance.

“We are expecting experts to come with their wealth of ideas that will help us to move our airports from just being a government entity to more viable airports and the ones that can declare profit.

“The Ease of Doing business too has helped us to move forward as we showcase our potential and activities. The ease of doing business has helped us to collapse several formalities in checking the passengers; we don’t have too many checks at the airports any longer. But that does not stop us from still doing the security check,” she added.

Ibrahim Gambari: To aid or to abet?

FCMB commended for being SMEs-friendly

Chinese firm where Nigerian employee are made to worship Buddha