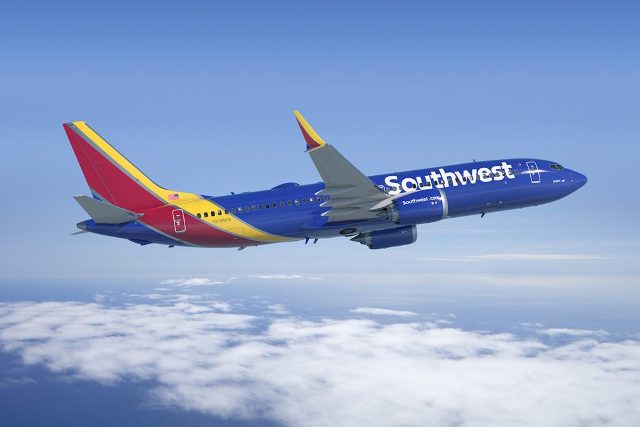 A passenger on the Southwest flight that made an emergency landing in Philadelphia on Tuesday, April 17, 2018 after an engine exploded is suing the airline.

In a lawsuit filed in the U.S. District Court for the Eastern District of Pennsylvania, Lilia Chavez alleges that she has suffered post-traumatic stress disorder, anxiety and depression.

The lawsuit says Chavez “witnessed the horror as the force of the depressurization pulled an innocent passenger partially through the shattered window.” It also says she watched as other passengers pulled the woman, who subsequently died, back into the plane.

CFM International is a joint partnership between Safran and General Electric GE, -0.83%.

The official investigation into the failure of a Boeing 737-700 BA engine on a Southwest LUV, -0.69% flight is currently focusing on fatigue in the fan blade and the engine cover.

The left engine of the plane exploded midair last week, sending debris into the side of the plane and breaking a window, and resulting in one fatality.

Jennifer Riordan, a Wells Fargo WFC, +0.66% employee from Albuquerque, N.M., died after being partially sucked out of the plane through a broken window.

The U.S. Federal Aviation Administration will order engine inspections of the model that exploded on Southwest flight 1380, which was en route from New York’s LaGuardia Airport to Dallas Love Field.

The aircraft in question was delivered to Southwest in July 2000 and the average age of the overall fleet is 11 years. The engines involved in the accident have an average age of 14 years.

Meanwhile, the Nigerian Civil Aviation Authority (NCAA) has issued an All Operators Letter (AOL) 070 requiring mandatory compliance with the FAA Emergency Airworthiness Directive by all operators in Nigeria forthwith.

The AOL which was endorsed by Engr. Kayode Ajiboye on behalf of the director general of NCAA, Capt. Muhtar Usman dated 23rd April, 2018 addressed to all airlines and aircraft owners is for immediate compliance.

The issuance was an aftermath of the incident involving South West Airlines.

“Upon the receipt of FAA Emergency Airworthiness Directive AD 2018-09-51, NCAA swung into action by carrying out a review on all the airlines to determine the operators of aircraft type with CFM56-7B engines that are essentially affected by the circular.

“It was established that only two operators have the aircraft type in question in their fleet…but they are yet to reach the 30,000 cycles to which the Emergency Airworthiness Directive requires immediate ultrasonic inspection of the fan blades within 20 days.

“However the Authority went ahead to notify all the Nigerian operators about this development to enable them carry out the required inspection when it is eventually due,” said spokesman for NCAA, Mr. Sam Adurogboye in a press statement.

He assured that NCAA will continue to enforce compliance with Safety Regulations at all times for a safer aviation adding that any violations will be treated in line with the provisions of the Nigerian Civil Aviation Regulations (NCARs).

Why we fire pilots – Air Peace