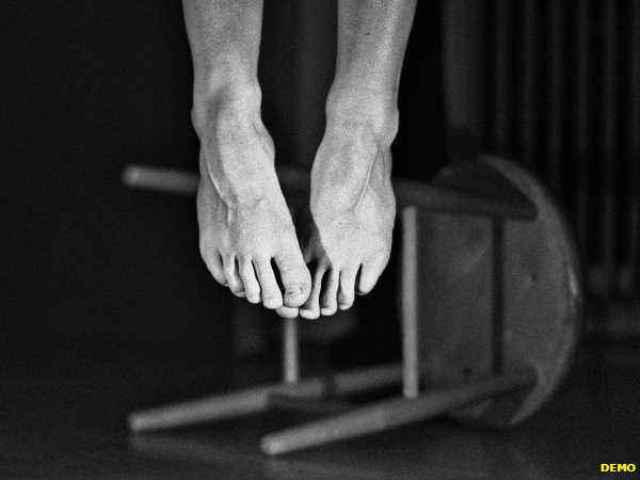 A yet-to-be-identified man ‪on Wednesday morning allegedly committed suicide by jumping down from the fifth floor of the University College Hospital (UCH), Ibadan.

The man, who was said to be between 50 and 55 years, reportedly removed his pairs of leather slippers before he took a plunge to the ground.

Sources said the deceased, who wore Ankara clothes, left a note behind in which he allegedly said he committed the suicide because he was duped of N30m.

The note is with the police, a source said.

Upon landing from the floor which looks deserted because of the industrial action being embarked upon by health worker, got his skull cracked with blood gushing out from his nose and mouth.

He died before doctors and senior nurses on skeletal services in the hospital could attend to him. He was said to have been certified dead by the medical experts that attempted to rescue the man.

The body of the deceased was said to have been deposited at the UCH morgue.

The Head of Public Relations Unit of UCH, Mr. Deji Bobade, who confirmed the incident, stated that the fifth floor houses the museum of the teaching hospital and there are no wards on the floor, saying “patients should not have anything to do with the fifth floor.”

He stated that the hospital did not know the man’s identity yet, adding that the police had been invited to examine the dead body with a view to identifying him.

So, who will speak up for Nigeria?

Why Janet Jackson is pop’s most underrated legend