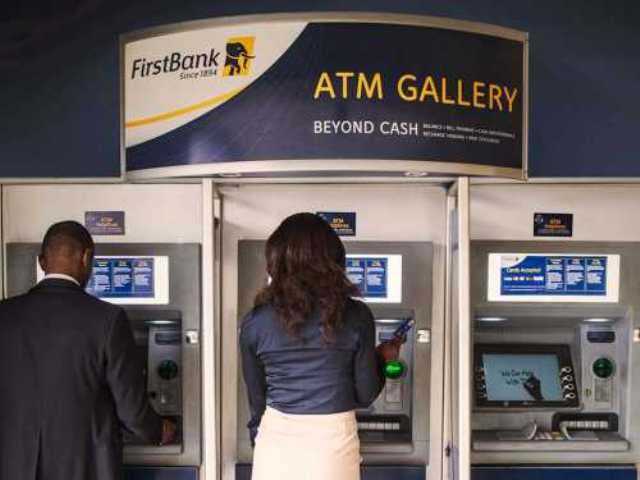 Some customers said they dread making withdrawals using other banks’ ATMs because of the continued charge of N65 for every transaction.

According to the customers, most banks within the city centre of the Federal Capital Territory (FCT) have programmed their ATMs to dispense only N10, 000 or less per transaction, thus ripping off customers withdrawing more than that amount.

The customers complained that if they had to withdraw N100, 000 or more through other banks ATM, it meant they would lose so much money. They, however, called on the Central Bank of Nigeria (CBN) and other relevant authorities to look into the matter so as to help poor Nigerians.

Miss Agatha Young, a First Bank customer said: “I live in Kubwa, one of the suburbs around the city centre and almost all the bank ATMs in my area dispense maximum of N10, 000.

“Recently, I needed to withdraw N200, 000 and my bank’s ATM was crowded, so I went to use another bank’s ATM only to discover that the machine was dispensing only N10,000 per transaction. “I was only able to withdraw N150, 000 because other customers were waiting on the queue and I was tired of going through the same process. “I also discovered I was charged almost N1, 000 for that transaction as I had exceeded three withdrawal limits using the other bank’s ATM, which is outrageous.”

“The concerned authorities should please look into this matter because people are suffering, there is no money in the country, yet banks want to make profit off customers.

“Even the N65 charge which CBN authorised should be charged after three transactions, I am not sure the banks follow the rule due to the debit alerts we receive after withdrawals,” Mgbede said.

Another customer of First Bank, Erica Jonah who narrated her experience, said she used her ATM card to withdraw N100,000 from another bank and discovered that the machine was programmed to dispense N10,000 per transaction and was charged N65 per transaction.

Meanwhile, Mrs. Gift Agbo, a former banker, said most ATMs used by banks in the country were not designed for Nigeria’s currency and that is why the amount it dispensed was limited.

“Some of these machines are old and not programmed for the kind of money we have in the country.

“The notes which many banks put in the machines also limit the amount that can be dispensed by the machines.

“I am sure this problem can be resolved if Nigerian banks invest in customised machines that are suitable for our environment and currency,” she said.

In its reaction, CBN consumer protection department said it had received several complaints from bank customers over the low withdrawal limit set by banks on their ATMs.

Mr. Fada David, the senior manager, complaints management division of the department, assured customers that the apex bank was working to make sure that such complaints were addressed.

“Yes, we have received complaints from people saying they could withdraw for example N40, 000 from Bank A, yet they are not able to get that much if they carry a card of Bank A to Bank B’s ATM.

“First of all, I want the public to know that withdrawal from any ATM at all is not supposed to attract any charges until you withdraw more than three times in a month.

“If you are using your bank’s ATM, you are at liberty to withdraw as many times as you like in a month without incurring any charges.

“Also, we want to encourage customers to engage their banks to find out why there is such a withdrawal restriction on ATMs,” he said.

David also urged customers to embrace the cashless policy and use other payment methods such as POS, internet and other mobile banking applications; to reduce over dependence on cash.

“You can use other payment channels for goods and services. You can go to the market, buy something and use your mobile app, pay for that product.

“Unless it is absolutely necessary that you need to take cash, consumers can take advantage of a lot of other payment channels to pay for goods and services and do other transactions,” he said.

David said that bank customers also have the responsibility to improve the way their bank serves them by officially writing to complain about bad services. According to him, it is only then will the bank address the issue to make sure that their customers are happy with the services being rendered.

On Jerusalem, Trump obeys will of US people Tillerson