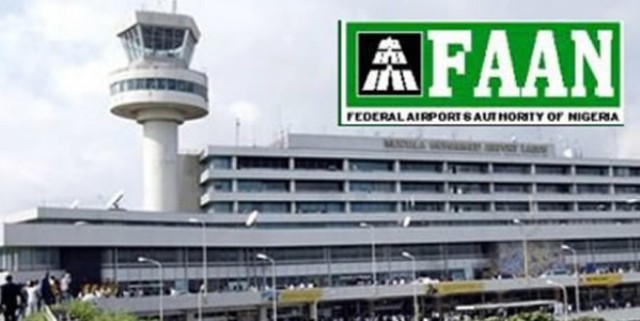 Following reports of fresh outbreak of Ebola virus disease (EVD) or simply Ebola in Democratic Republic of Congo (DRC) the Federal Airports Authority of Nigeria (FAAN) says it has increased surveillance at the airports to prevent any outbreak of the disease in the country.

Spokesperson for FAAN, Mrs. Henrietta Yakubu said in an interview in Lagos that the agency had not relaxed in screening inbound passengers at the airports after 2014 when Ebola was imported to Nigeria by a Liberian diplomat, Patrick Sawyer, who flew into Nigeria after he had contracted the disease in Liberia.

She said: “We have always had thermal scanners in our airports that monitor temperature of passengers and capture their pictures. We still have hand sanitisers in our rest rooms too.

“The scanners are fixed apparatus at the arrival halls that take the picture and temperature of any given passenger at a particular time as the traveller passes through them.

“When passengers walk pass the scanners, it registers their temperature. If yours is high, you are pulled aside for observation,” said Yakubu.

Yakubu also said the screening is supported by Port Health officers who ensure that any suspicious person is brought out for observation.

She assured that FAAN would not relent on its effort at ensuring that inbound passengers are properly screened at the airports.

Meanwhile, the federal ministry of health said it had stepped up surveillance activities at all land and airport borders so as to keep Nigerians safe from the disease.

The minister of health, Prof. Isaac Adewole, has said after Wednesday’s federal executive council meeting in Abuja that the Council ordered steps be taken to keep the outbreak from Nigeria.

Adewole who described the development in DRC as “great concern to the Nigerian government” said: “Parts of the new measures to be taken include screening passengers coming into the country. Not only that, we will be screening incoming passengers, particularly passengers from DRC and neigbouring countries. We will also ensure we step up all activities screening people coming in so that we will not be caught unawares.”

In the last one month, Adewole said DRC recorded 19 suspected cases of viral hemorrhagic fever and lost 16 persons in the cases.

“What is also particularly important was that two blood samples out of the five collected from patients at a particular district on Monday in the DRC were confirmed positive,” he said.

Explaining steps to be taken by the government, the minister said Nigeria will set up an emergency operation centre to be chaired by Joshua Obasanya, who led the Nigerian team in Liberia, Sierra Leone and Guinea during the outbreak in 2014.

He added that the Nigerian Centre for Disease Control (NCDC) will also consider sending a team to DRC as part of building capacity for managing the outbreak.

“We want to assure Nigerians that the federal government is concerned about the outbreak and will do everything possible to keep the country safe,” he said.

Delay in release of funds stalls capital projects at NCAT

Allen Onyema: The trials of a patriot

Court fixes October 12 for arraignment of Stella Oduah, others, for alleged N5bn fraud

Peter Obi prays for Ekweremadu, wife, over travail in UK