Home News Over 8.2m pupils in 45,394 schools are fed daily through NHGSFP–FG 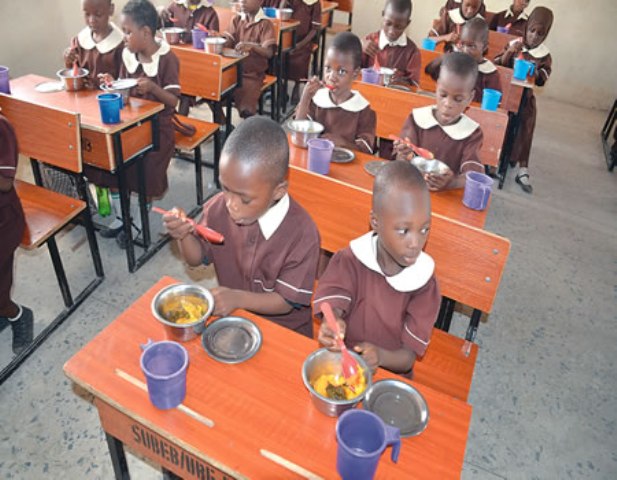 Laolu Akande, spokesman for the vice president, Prof. Yemi Osinbajo, also said in a statement that over 80,000 direct jobs have since been created from the School Feeding Programme with 87,261 cooks currently engaged in the 24 participating states.

He added that all 36 states of the fderation and the FCT will eventually benefit from the programme.

Akande stated that the programme’s educational, economic and health benefits have been widely acknowledged stressing that “the school feeding programme continues to record significant milestones in the classrooms as the scheme has led to an increase in enrollment.”

“Not only has the Buhari administration’s School Feeding Programme created jobs for thousands of Nigerians in these communities where the programme is being implemented, it has also helped to boost local economies by linking the local farmers to the school feeding market.

“Another important aspect of the school feeding Ppgramme is that by providing a meal a day for millions of pupils, it addresses the issues of malnutrition and stunting among children, increasing the chances of the pupils making a significant headway in their learning and in life. The NHGSFP plans to implement feeding in 28 States in the coming months, and all over the country soon after,” said Akande.