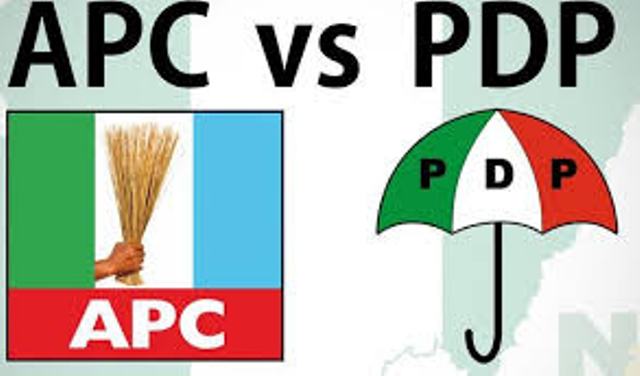 The All Progressives Congress (APC)-led federal government has described as “unfounded” the allegation by the Peoples Democratic Party (PDP) that N10 trillion has been stolen by some actors in the present administration.

It would be recalled that the PDP, through its spokesman, Mr. Kola Ologbodiyan had challenged the government to account for the over N10 trillion public funds allegedly stolen by leaders of APC.

The PDP gave details of the alleged theft as $25 billion (about N9 trillion) oil contracts at the Nigerian National Petroleum Corporation (NNPC) and the Ministry of Petroleum Resources, and $3.5 billion (about N1.1 trillion) worth of crude oil allegedly stolen by APC interests operating with seven ghost companies.

“This is in addition to the looting from the Treasury Single Account (TSA) evidenced in the reported stealing of N10 billion National Health Insurance Scheme (NHIS)’s account in the TSA, as well as revelation of the frittering of fresh N25 billion under questionable deals…the widely reported stealing of N18 billion Internally Displaced Persons (IDPs) intervention fund as well as the source of the N671 million allegedly stolen from the APC account by some of its national officers,” said the party.

But the APC in its reaction through the minister of information and culture, Mr. Lai Mohammed said it was ridiculous that the PDP could accuse the APC and the presidency of embezzling N10 trillion when the entire budget of Nigeria is between N7 trillion and N8 trillion.

“As a political party, when you make a political statement, you should be very mindful of the accuracy of that statement; otherwise, you will lose credibility. To start with, what is the size of the budget of Nigeria?

“The entire budget is about N7 trillion to N8 trillion, so does it make sense for anyone to remove N10 trillion from N8 trillion? This shows that the PDP has run out of ideas.

“When you prepare a budget, it doesn’t mean that the money is there. Are they aware that in 2016/2017, we had to borrow to part-finance the budget?

“So, how is it possible to take N10 trillion away? It shows that the PDP lacks depth, understanding, and it is a party that is completely bereft of ideas.

“The money that they said was stolen was bigger than the annual budget and that showed how unserious and why they should be ignored by the public.”

Similarly, the party’s spokesman, Mr. Bolaji Abdullahi, said PDP’s campaign strategy aimed at maligning the presidency and the ruling party would not work.

Daily Independent quotes Abdullahi as saying that President Muhammadu Buhari’s major project is the anti-corruption war adding that the PDP which has nothing to latch on had resorted to making wild allegations.

“There are ways to play opposition politics in ways that are credible and believable.

“But the PDP has reduced itself to a political party filled with allegation-mongers. A few weeks ago, they said they are setting up a shadow cabinet.

“It shows how illiterate these individuals are. How can you talk of shadow cabinet in a presidential system of government?

“They did that because Nigerians accuse them of not providing an alternative viewpoint to government policies. Since the formation, what have they done with their so-called shadow cabinet?

“The PDP must come forward to say this is the money that has been stolen. Anybody can just wake up and concoct one figure and say N10 trillion is unaccounted for.

“Where is that huge sum of money coming from? Does Nigeria have N10 trillion that can be stolen?

“How much is the entire annual budget of Nigeria? So, if you are going to make allegations that will give people the impression that you still have some sense.

“But when you make these kinds of unfounded allegations, people will just think that you just woke up from a motor park, open your mouth and just say anything.

“If an illiterate is saying N10 trillion, we can understand if he can conceive that figure. If PDP wants Nigerians to begin to take them seriously, they have to learn to speak with sense,” said Abdullahi.

Ihekweazu moves to WHO as assistant director general

Benue killing is one set of killings far too much– Osinbajo

Re-trial of Kalu: Not worth a single minute