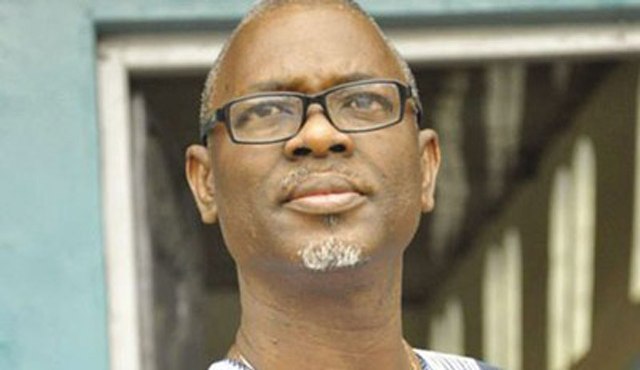 ‘A befitting commemoration of June 12 must be stripped of the political opportunism of the moment. It does not need to be reduced to an instrument of political sparring with either Mr. Obasanjo who instituted May 29th to mark the end of military rule or Mr. Babangida who conducted but also annulled the June 12 election. A situation in which slices of national history are hawked as political wares on the eve of elections must be avoided. It is therefore ultimately adolescent to recognize June 12 solely in the hope that voters from the south west will be swayed by that simple act. June 12 is a national memorial, a day that Nigerians rose above their differences to make an important point in favour of democracy and unity. Any leader who seeks to confine that symbolism to a geo-ethnic prison house misses the boat. At worst, it may in fact indicate the nativist bent of such a leader and may become a political liability. In all, let us salute the president and raise the concerns but seriously discourage him from further divisive political gimmicks and pranks’

Now there is a lot of confusion in the land fostered largely by the tactic of muddying the waters-that we are all guilty and responsible for the development morass in which Nigeria is presently enmeshed; that the followership deserves the kind of leadership it gets; that since Obasanjo attempted tenure elongation and failed to usher in a regime of electric power stability, he has no right to criticize Buhari; that since Danjuma has access to Buhari, he shouldn’t have publicly made the allegation that the Nigerian military is evidently becoming partisan….

Beyond all this self-imposed confusion is the clarity that at the heart of our interminable crisis of nationhood and development is the divergence and deviation from the veritable universal ethic of development-the disappearance of the development ethic-the lack of positive correlation between hard work and reward. It is a constant in the history of mankind that the development of any society is founded on the extent to which the two variables of hard work and reward are wedded in a direct proportional relationship. And since this is a rational concept, it follows that the ethic abides as the organizing principle of rationally designed societies. In the scriptures, the concept is affirmed and exhorted in the pronouncement that a man who does not work should not eat.

We can validly assume that the founding fathers of Nigeria, the British and the Nigerian nationalist leaders, were guided by this rationality when they were conceiving the groundnorm best suited to the governance and development of Nigeria in all its ramifications. Let us quickly dismiss a foundational misgiving. It is true that at one point in the colonial history of Nigeria, the colonial administrators propounded and adopted the policy of employing the economic surplus of the South to support the North. And that thenceforth the impression was created that the South suffered the North as a burden and imposition.

The subsequent behavior of the North however did not bear out this dependent mentality. It certainly was not consistent with the political preference the region expressed in the last phase of British colonialism. It was the North that wanted to keep as much political distance from the South as possible-as reflected in the region’s proposal of loose confederation in 1953. It is on record that Sir Ahmadu Bello loudly protested ‘the mistake of 1914’ and rebuffed the nationalistic exuberance of Dr Nnamidi Azikiwe with the admonition that we understand and not sweep the differences of regional identities under the carpet. I have recalled this background to make the point that going into independence, the Northern region, like its Southern counterparts, was no less confident in its ability, to attain to development on the standard parameters of the development ethic.

Guided by the development ethic and how best to make Nigeria amenable to this ethic, the manual for the sustenance and political development of Nigeria was encapsulated in the independence constitution of 1960. The prospects for such development were tied to the application and applicability of the constitution-and to the extent of the deviation from this manual, the prospects would fail to materialize. If it is imaginable for any of the makers of the independence constitution to go to sleep in October 1960 and wake up today, he would not at all be surprised at the prevalent and pervasive development failure of Nigeria. He is liable to quip, how the hell do you hope to develop with such a comprehensive negation of the rhyme and reason behind the foundational constitution of 1960?

Following this initial premise, the question remains-how is it that the independence constitution of Nigeria conduces to development and the present constitution does not? The general response to this poser is that rationality and the development ethic are mutually inclusive. In the development of societies, it is impossible to have one without the indispensable complement of the other. And so the utility and potential of either constitution for the attainment of development is dependent on the extent of its conformity with logic and reason.

The movement of Nigeria away from the model of a modestly empowered center of the first republic to the bloated all powerful counterpart of the fourth republic was an accident and not a logical evolution. And it has remained true to this hazardous and haphazard origin. There is even less logic in the transformation of Nigeria from the comprising four self-sustaining regions of the first republic to the trivia of the thirty six states we now have. This structural deviation (the antithetical reinforcement of the center and corresponding flagellation of the states) has become mutually and negatively reinforcing. The redistribution of powers between the first and second tier of government was accompanied by a shift in the public perception of government (from being seen) as agents of development and political equilibrium to instruments of power and patronage.

This fundamental shift and misadventure was facilitated by two intervening variables- military rule and oil boom. The subversion of constitutional rule by the military culminated in the effort to superimpose its top down unified and centralized command control on Nigeria. It is to the aberration of the culture of military dictatorship and not logical constitutional evolution that Nigeria owes its present political configuration. Masquerading as a blessing, the curse of the oil boom then fostered the dysfunction of the antithesis of the development ethic- you do not need to work to acquire wealth, plenty of it.

The center grew to become all powerful with the capacity to facilitate discriminatory access to the centrally accumulated power and resources that were impounded and diverted from the second tier of government; and then assumed the role of a whimsical interventionist agency. Fiscal federalism and revenue derivation principle was wholly supplanted with centralization of revenue collection and distribution. All this has precipitated the prevalent culture of unaccountable power, profligacy, corruption and the antithesis of the development ethic.

A vital constitutional eligibility criterion for state creation is viability and capacity for self-sustenance but they are not an end to themselves or a mere formality. They are intended to foster the development ethic right at the creation and foundation of the new political entity-the principle of self-responsibility. To the contrary, the thirty six states of Nigeria were founded on the counter culture that you do not need to generate or earn what you spend. Creation of states in Nigeria came to be solely defined by consumption-not productivity and development. You just go to Abuja, now and again, to collect maintenance and bailout funds. If Nigeria is the sum total of its parts (the regions or the states) then Nigeria will collectively add up to be a liability if those parts are liabilities (as it is the case with the thirty six states) or an asset as was the case in the first republic-comprising, as it were, the relatively viable self-sustaining regions.

At the level of reciprocity between the government and the citizenry and fidelity to the development ethic, creation of states has worked out to perpetuate the underdevelopment syndrome. On account of the unearned nature of the monthly stipend, the governor does not, to that extent, feel obligated to hold himself accountable to the citizens of the state and the citizens similarly least expect accountability from the government. The behavior of both parties is governed by the logic of the flipside of the American Revolution battle cry-‘no taxation without representation (accountability). The logic of that flipside is ‘no accountability without taxation (income generated from the citizenry).

The two tiers of government in Nigeria today, namely the federal and states, function as the oppressive repository of the power of coercion and dispenser-in-chief of national cake largess on one hand and complicit dependents of the elaborate patronage system on another. In the first republic, commensurately constrained by modest capacity for patronage and resources at its disposal, the center lacked the power to significantly confer discriminatory advantage and assume the status of the propagator in chief of corruption, waste and impunity. And the regions followed the logic of their creation and evolve to become functional units of development with self-motivating internal capacity for growth, prudence and rectitude.

Going forward, how do we rediscover the elixir of development ethic or what some leaders peculiarly coined the restructuring of the mind. The answer is of course self-evident in the analogy we have sketched above-and you guess right, it is restructuring or, more appropriately, the restoration of the norm of the political history of Nigeria-the federalist framework of the independence constitution (that was thwarted and bastardized by military rule. To be sure, federalism is not an end in itself neither is it a magic wand but its (responsive) made to measure structural constraints harbor the potential to serve as incentive and pointer towards the rediscovery of the development ethic. For the first time I want to agree with those who argue that good leadership will make all the difference for Nigeria. And this is because it takes good leadership to know and acknowledge that what you have, the structure you have, is not working and you need to do something about it. Where would Russia, Ukraine, Georgia and the Baltic republics be today if there was no Mikhail Gorbachev?

No end in sight to ASUU strike as FG rejects UTAS

15 countries yet to record cases of coronavirus disease

Only voters with PVCs will access polling centres in Adamawa run-off...

FGN, are you there?