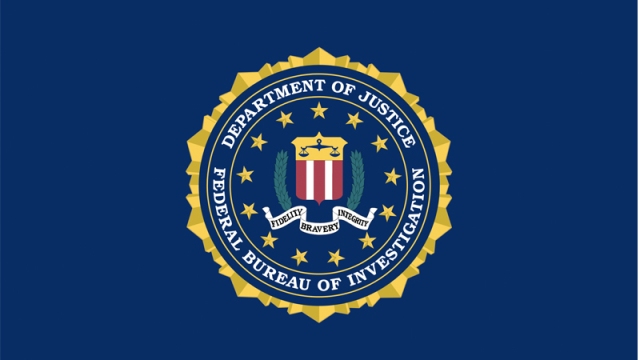 The U.S. federal authorities have arrested no fewer than 34 Nigerians for allegedly defrauding businesses and U.S. citizens of several millions of dollars, the Federal Bureau of Investigation (FBI) said.

FBI said in a statement that the fraud was a significant coordinated effort to disrupt Business Email Compromise (BEC) schemes that were designed to intercept and hijack wire transfers from businesses and individuals, including many senior citizens.

“The operation culminated in over two weeks of intensified law enforcement activity resulting in 74 arrests in the United States and overseas, including 29 in Nigeria, and three in Canada, Mauritius and Poland.

“The operation also resulted in the seizure of nearly $2.4 million, and the disruption and recovery of approximately $14 million in fraudulent wire transfers,” FBI said.

“Following an investigation led by the FBI with the assistance of the Internal Revenue Service (IRS) Criminal Investigation, Gloria Okolie and Paul Aisosa, both Nigerian nationals residing in Dallas, Texas, were charged in an indictment filed on June 6 in the Southern District of Georgia.

“According to the indictment, they are alleged to have victimised a real estate closing attorney by sending the lawyer a spoofing email posing as the seller and requesting that proceeds of a real estate sale in the amount of $246,000 be wired to Okolie’s account.

“They are charged with laundering approximately $665,000 in illicit funds.  The attorney experienced $130,000 in losses after the bank was notified of the fraud and froze $116,000.

“Adeyemi Odufuye aka “Micky,” “Micky Bricks,” “Yemi,” “GMB,” “Bawz” and “Jefe,” 32, and Stanley Hugochukwu Nwoke, aka Stanley Banks,” “Banks,” “Hugo Banks,” “Banky,” and “Jose Calderon,” 27, were charged in a seven-count indictment in the District of Connecticut in a BEC scheme involving an attempted loss to victims of approximately $2.6 million, including at least $440,000 in actual losses to one victim in Connecticut.

“Odufuye was extradited from the United Kingdom to the United States and on January. 3, pleaded guilty to one count of conspiracy to commit wire fraud and one count of aggravated identity theft.

“Nwoke was extradited to the United States from Mauritius on May 25, marking the first extradition in over 15 years from Mauritius.  His case is pending.

“Richard Emem Jackson, aka Auwire, 23, of Lagos, Nigeria, was charged in an indictment filed on May 17 in the District of Massachusetts with two counts of unlawful possession of a means of identification as part of a larger fraud scheme.

“According to the indictment, on two occasions in 2017, Jackson is alleged to have possessed the identifications of two victims with the intent to commit wire fraud conspiracy,” the U.S. authorities said.

FBI said foreign citizens perpetrate many BEC scams adding, “those individuals are often members of transnational criminal organisations, which originated in Nigeria but have spread throughout the world”.

The U.S. authorities expressed gratitude for the outstanding efforts of the participating countries, including law enforcement actions that were coordinated and executed by the Economic and Financial Crimes Commission (EFCC) in Nigeria to curb business email compromise schemes that defraud businesses and individuals alike.

U.S. Attorney General Jeff Sessions said: “This operation, which was funded and coordinated by the FBI, serves as a model for international cooperation against specific threats that endanger the financial well-being of each member country’s residents.

“Fraudsters can rob people of their life’s savings in a matter of minutes. These are malicious and morally repugnant crimes.

“The Department of Justice has taken aggressive action against fraudsters in recent months, conducting the largest sweep of fraud against American seniors in history back in February.

“Now, in this operation alone, we have arrested 42 people in the United States and 29 others have been arrested in Nigeria for alleged financial fraud.

“And so I want to thank the FBI, nearly a dozen U.S. Attorneys’ Offices, the Secret Service, Postal Inspection Services, Homeland Security Investigations, the Treasury Department, our partners in Nigeria, Poland, Canada, Mauritius, Indonesia, and Malaysia, and our state and local law enforcement partners for all of their hard work”.

Since the Internet Crime Complaint Centre (IC3) began keeping track of BEC and its variant, Email Account Compromise (EAC), as a complaint category, there has been a loss of over $3.7 billion reported to the IC3, FBI said.

The same criminal organisations that perpetrate BEC also exploit individual victims, often real estate purchasers, the elderly, and others, by convincing them to make wire transfers to bank accounts controlled by the criminals.

This is often accomplished by impersonating a key employee or business partner after obtaining access to that person’s email account or sometimes done through romance, lottery, employment opportunities, fraudulent online vehicle sales, and rental scams.

The FBI provides a variety of resources relating to BEC through the IC3, which can be reached at www.ic3.gov and victims are encouraged to file a complaint online with the IC3 at bec.ic3.gov.

Nigeria at the point of no return – US CFR report