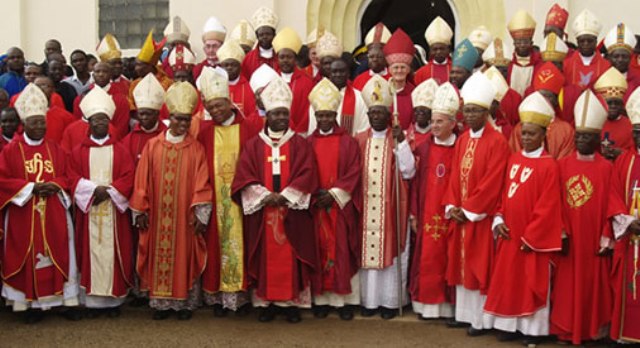 The Catholic Bishops Conference of Nigeria (CBCN) has expressed doubt about the federal government’s honesty to end bloodletting orchestrated by armed herdsmen in the Middle Belt.

A statement by the CBCN president, Archbishop Augustine Akubueze, and secretary, Bishop Camillus Umon, stated that the recent massacre of over 120 persons in Plateau State was an indication that the federal government was giving a deaf ear to calls for an end to killings perpetrated by herdsmen.

Besides, the Conference accused the security agencies of double standards in the handling of the crisis alleging that the police, for instance, would always act swiftly whenever a herdsman was a victim.

The statement reads: “The latest horrendous massacre of scores of innocent Nigerians, especially children and women, including pregnant women, in Plateau State, by the same rampaging and murderous terrorists, who now seem to be operating without any hindrance in the Middle Belt and other parts of Nigeria, shows that our last statement, like all the others before, has been completely ignored by those, whose primary responsibility it is to protect the lives and property of Nigerians.

“Again, the country is likely to witness another mass burial of innocent Nigerians as a result of the serial murderous activities of a group, which clearly seems to be above the law in our country and who, by their actions and words, have insisted that human lives are worth less than the lives of cattle.

“This shameful inversion of values portrays our country as barbaric and our society as brutish.

“We, the Catholic Bishops of Nigeria, are devastated by these acts of insensitivity and disrespect for the dignity of human life. We are equally sad that the federal government continues to find it difficult to proactively address the issue of these wanton killings.

“We have said it before and it bears repeating that it can no longer be regarded as mere coincidence that the suspected perpetrators of these heinous crimes are of the same religion as all those who control the security apparatus of our country, including the president himself.

“Words are no longer enough for the President and his service chiefs to convince the rest of the citizens that these killings are not part of a larger religious project.

“While we vehemently condemn any shedding of human blood and ask the police to speedily arrest and prosecute the perpetrators of these crimes, we must point out the double standards applied by the same police any time the herdsmen are attacked and killed.

“In this latter case, they reacted very swiftly and the law promptly takes its course. Would that same swiftness be applied to all cases?”

Meanwhile, the Military Special Task Force (STF) in charge of security in Plateau State code named “Operation Safe Haven” (OPSH) said it had so far arrested 21 suspects in connection with the recent killings in Plateau State.

The suspects were paraded before newsmen Monday at the STF Headquarters Jos by the media officer of the task force, Major Adam Umar, and the police public relation officer (PPRO), Tyopev Terna.

Umar, who spoke during the parade, said: “Out of the 21 suspects arrested so far, 11 of them are those arrested in connection to the killings in Barkin Ladi and environs, while 14 of them were arrested from the scene of the civil disturbances after the attacks.

“The suspects we are parading were arrested with arms, some of them with locally made guns, revolver and other dangerous weapons, which they are not supposed to have as citizens.

“Information we extracted from the original suspects led us to trace some other accomplices and we have also arrested them. And there is the possibility of making more arrest over those killings as we intensify our efforts to get to the root of the killings in pursuant of our mandate to prevent further killings and restore total peace in the state.”

House of Reps to conduct public hearing on airport concession

Atiku to appoint under-30 as minister of youth