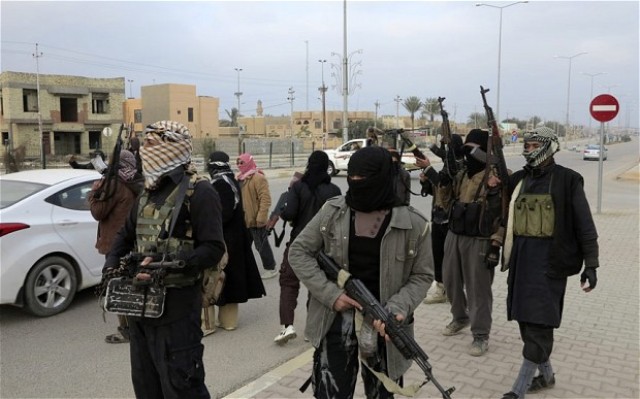 Unknown gunmen in Galadimawa village on the outskirts of the Federal Capital City have killed seven policemen on security patrol and carted away their weapons.

It was gathered the policemen comprising four personnel of the police Mobile Force and three conventional policemen were killed Monday night, at Galadimawa, village a satellite town in the Federal Capital Territory (FCT).

It was learnt that the armed men numbering more than 20 were stopped for search by the police when they opened fire on the policemen which led to seven fatalities while one was seriously injured.

Traders, passerby, motorists who were around the spot when the incident happened, reportedly took to their heels as they scampered for safety.

It was further gathered that the death of the policemen did not get to the police authorities until around Monday night.

Immediately, the police sent a rescue team to the area that recovered the remains of the police men and deposited them in undisclosed hospital mortuaries in Abuja.

It was also gathered that the police had launched a manhunt for the killers while efforts were made to contact the families of the deceased.

As of the time of filing this report, the FCT police command was yet to release any official statement regarding the development.

True loyalists are hard to find after leaving office – Jonathan

Presidency: Nothing scandalous about posthumous appointments into boards of federal agencies

Corrupt people are the most united group–Lai Mohammed

Africa records over 250 new cases of paralysis from polio in...