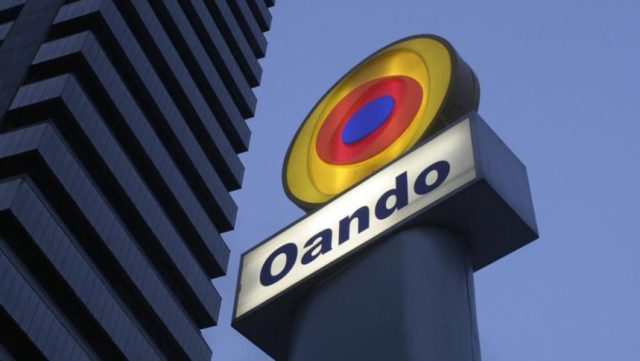 Documents obtained from the LCIA, which is reputed to be one of the world’s leading international institutions for commercial dispute resolution, identified the family of Volpi, a Nigerian-Italian, as the ultimate beneficial owner of Ansbury.

The London Arbitration Court ruled that the “Third Shareholders Agreement” between the parties, is legally binding on the parties as claimed by Ansbury Investment.

The documents indicated that in a few days, the court will pronounce on accrued interests on the debts.

It was learnt that the ruling was communicated to the parties on July 9.

The statement said: “The claim of Whitmore Asset Management Limited that the parties agreed to a binding Fourth Shareholders Agreement was rejected.

“The alleged agreement by which Whitmore Asset Management Limited was to hold 60 per cent Of Ocean and Oil Development Partners (BVI) Ltd is not binding on the parties.

“Ocean and Oil Development Partners (Bvi) Ltd owes a debt to Ansbury Investments Inc for an amount of US$ 600 million.

“Whitmore Asset Management Limited owes a debt to Ansbury Investments Inc for an amount of US$ 80 million.

“This Partial Award will be followed by a Final Award in which the London Court of International Arbitration (LCIA) will pronounce on interests on the amounts owed and legal expenses.

“Given the above, Ansbury Investments Inc will immediately submit an application to London Court of International Arbitration (LCIA) in which it will be asked to charge Whitmore Asset Management Limited for all the due interests and legal expenses as well.”

When the disagreement broke in 2017, Ansbury had also petitioned the Securities and Exchange Commission (SEC) in May over allegation of financial mismanagement, huge indebtedness as well as falsifying its financial statement.

In addition, Ansbury had also informed that Oando’s “current liabilities as at December 31, 2016, far exceeds the current assets by N263.7 billion, confirming serious financial imbalance from the previous financial year”.

However, Lawyers representing Tinubu and Boyo the Group Chief Executive and Deputy Group Chief Executive of Oando PLC and co-owners of Whitmore Asset Management Limited, said contrary to the claim by Ansbury Investment Counsel,  Mr. Andrea Moja, the amount owed to Ansbury Investments Inc, owned by Mr. Gabriele Volpi, is $80m, which is owed by Whitmore Asset Management Limited, while the balance of $600m is owed by Ocean and Oil Development Partners (OODP) BVI.

Ocean and Oil Development Partners (OODP) BVI Ltd, is owned by all three parties Wale Tinubu, Mofe Boyo and Gabriele Volpi, hence the judgment by the London Court of International Arbitration (LCIA) implies that Volpi as part owner of OODP BVI owes himself by virtue of his ownership in the company.

The dispute between Gabrielle Volpi and the principals of Oando has been ongoing for over a year. It has caused concern for companies and individuals who look for investments to grow their business via individuals in the form of equity or debt.

Volpi, a significant shareholder in OODP invested in the company during Oando’s acquisition of ConocoPhillips Nigeria assets.  At the time, it would have seem like the investment of a lifetime, unfortunately, shortly after the price of oil crashed, many oil and gas companies folded up.

It was the resilience of its principals hat Oando is still alive today, industry sources said.

The assumption would be that against this backdrop Gabrielle Volpi would wait for OODP to start to reap the rewards of its investment however he has faced near financial ruin in his home country Italy and it seems is now by any means necessary trying to recoup his investments.

Since the upturn in commodity prices, Oando has recorded six consecutive quarters of profits.

The company kicked off 2018 on a positive note through continued restoration of value to its shareholders via profits in the first quarter of the year.

Buhari requests senate’s approval of N242bn for INEC, DSS, others