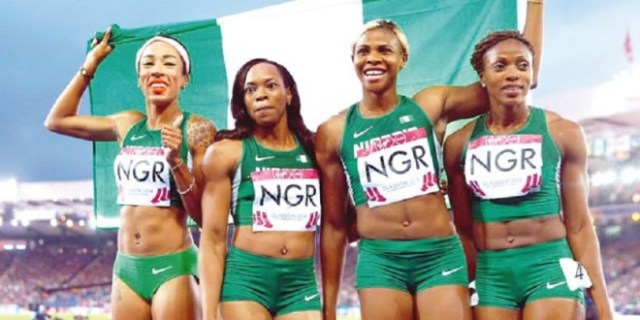 The Nigeria Immigration Service (NIS) command at the international wing of the Murtala Muhammed Airport, Lagos has described as “fallacious” the claim that it is responsible for the delay of athletics from some African countries participating in 21st African Senior Athletics Championships christened ‘2018 Asaba’ holding in Asaba, Delta State.

An immigration official who spoke with NewsGazette on condition of anonymity said some athletes from Kenya, Burundi and some other African countries arrived in the country without paying their visa fee.

He said the Local Organising Committee (LOC) of the championship was supposed to make arrangements for the easy passage of the athletes through online visa payment before their arrival, but failed to do so, hence their (athletes’) delay at the airport.

The source also said the athletes ought to have processed their visas online and make payments before arriving in Nigeria, but failed to do.

The immigration source maintained that the command did not seize the athletes’ passports, but only collected them for issuance of sticker visas on the passports, which he said was necessary for them to enter the country.

He said NIS technical partner, New Works, had to issue each athlete an identity card and reference number, a process made somewhat cumbersome because of internet connectivity.

That, the source said, was done immediately the payments were made by the representatives of the athletes.

“A lot of them came in at once and none of them could pay for visa on arrival, which is a policy of the federal government. As you know, we don’t collect cash any longer. The LOC was not able to make the payment because it did not make enough preparation for their arrival in Nigeria. They all came at once and New Works, which is our technical partner, had to generate ID and reference number for each and every one of them to make the payment easier.

Nigeria’s visa on arrival policy started in 2012 with some countries, but came into full force in 2017 with the Ease-of-Doing-Business policy of the federal government.

With the new policy, immigration officers no longer collect cash from visitors arriving in the country as payments are now made online.

Athletes from more than 50 countries are competing in the championship which started on Wednesday, August 1.

This is the second time Nigeria has hosted the championship.

In 1989, when Nigeria hosted the rest of Africa at the National Stadium in Lagos, the country topped the medals table.

They are indigenes of Delta State. While Okagbare is gradually reaching her peak in athletics, Oduduru is making a steady rise on the track.

He is a five-time African Junior champion and was the 2014 World Junior silver medalist in the 200m.

Joke Silva and the right to not be

I never called for overthrow of Buhari – Kukah