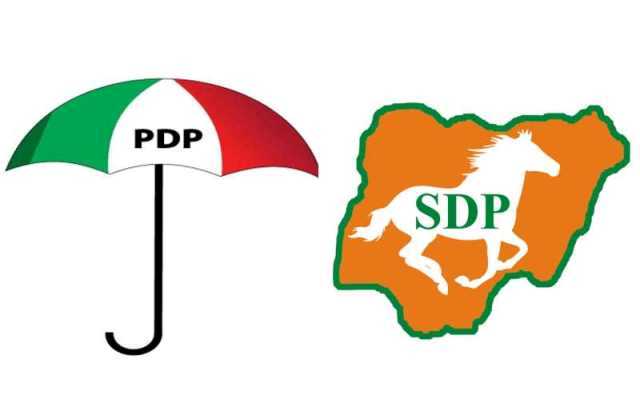 Former senate president, Mr. David Mark and the former governor of Cross River, Mr. Donald Duke, have declared their intention to contest for the 2019 presidential election under the platforms of the Peoples Democratic Party (PDP) and the Social Democratic Party (SDP) respectively.

Mark and Duke picked their presidential nomination forms on Tuesday at the national secretariats of their parties in Abuja.

Mark, who was senate president between 2007 and 2015 told journalists after picking the form that he would tackle security, economic and socio-political challenges threatening the country if elected.

He also promised to embark on the restructuring of the country if given the opportunity.

“Irrespective of our political persuasions, it is incontrovertible that restructuring of the nation is an idea whose time has come.

“I believe it will further strengthen our bond of brotherhood and unity more than ever before, because everyone would have a sense of belonging and live in harmony in any part of Nigeria without any fear of molestation and intimidation,” he said.

For his part, Duke who picked the N1 million expression of interest form of the SDP said in an interview with journalists he was a loyal member of the PDP for 20 years but decided to leave after the party lost focus.

Duke also questioned the decision of the PDP to zone the presidency to the North.

“I was a member of the PDP but over the years we saw the fortunes and the values of the party dwindle. When a former President walks out of his party, you know there is something. Over the years, you will see that it lost its values and became a shadow of itself.

“That the PDP is zoning today is actually a betrayal of those ideals it started off with because it was a national organisation. Today, in some parts of the country, it is hardly in existence,” he said.

Duke lamented the high rate of poverty and unemployment saying the rising population also posed a security threat if not probably checked.

WTO will support Nigeria to develop its health sector – Okonjo-Iweala

The Guardian correspondent awarded over N1b after 33 years legal tussle