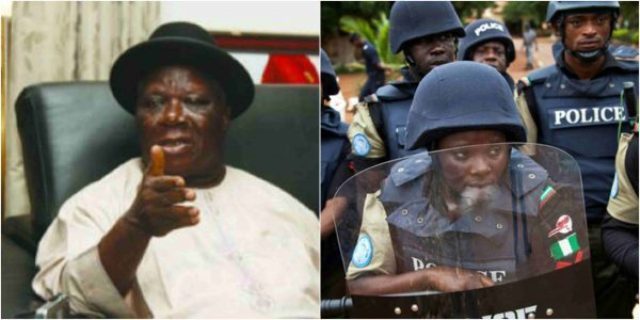 The inspector general of police, Mr. Ibrahim Idris, on Thursday approved the dismissal of three police inspectors involved in the “unauthorized” and “illegal” raid on the Abuja residence of the leader of Pan Niger Delta Elders’ Forum (PANDEF), Chief Edwin Clark.

The police chief also ordered the interdiction from service of the fourth police officer, ASP David Dominic (AP. No 158460) “pending the determination of his case by the Police Service Commission.

Force public relations officer, Mr. Jimoh Moshood, who conveyed the IGP’s decision in a statement also said the informant, Ismail Yakubu from Waru Village, Apo District in Abuja, whom the police blamed for providing false information to the officer had been charged to court.

He said the officers were misled into conducting the raid by the informant, but said they failed to carry out their due diligence before acting on the tip-off, which backfired.

It would be recalled that on Tuesday September 5, the police raided the No. 43, Haile Selassie Street, Asokoro residence of the 91-year-old politician in search of arms.

It was learnt that the police men, numbering six were deployed from the ‘Special Tactical Force’ (STF) based in Guzape, a squad that reports directly to the inspector-general of police at the Force Headquarters, Abuja.

It was gathered that the police who drove in an 18-seater Hiace Bus and a four Runner Car, with registration number EU 979 ABC arrived around 1.30pm and left the premises about 2.30pm.

They were said to have searched every room in the posh mansion for armed allegedly kept in the house.

At the end of the search, nothing incriminating was found.

Read the full statement by the police below:

Dismissal from service of three (3) of the police personnel and interdiction of the assistant superintendent of police involved in the unauthorized, illegal and unprofessional misconduct in the search of elder statesman, Chief Edwin Clark’s residence in Asokoro, Abuja on the 4th of September, 2018

UNHCR raises concern about 3.7m out of school children

We created this monster

Soldiers auction weapons for N15000 to stay alive in northeast –...