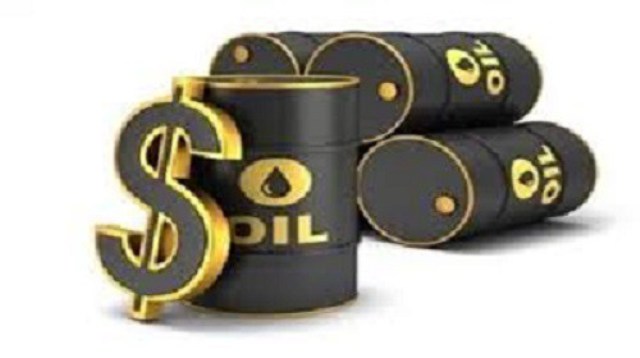 Crude oil futures climbed Wednesday, with Brent reaching $80 per barrel following a larger-than-expected drop in United States crude inventories and as US sanctions on Iran added to concerns over global oil supply.

US crude inventories fell by 5.3 million barrels in the last week, the US Energy Information Administration said Wednesday.

Analysts had expected a decrease of 805,000 barrels.

With the tightening supply, the global benchmark, Brent crude futures were up $1.01 at $80.07 per barrel after reaching $80.13 per barrel, its highest since May 22.

The spread between the two benchmarks widened seven per cent in the session to $9.30 a barrel.

Outside the drop in the United States’ inventories, oil traders have also been focusing on the impact of US sanctions against Iran that will reduce Iranian oil exports from November

Since May when the Trump administration said it would impose sanctions on Iran, traders have been focusing on the impact they could have on global supply.

President Trump had later tweeted that the sanctions were “the most biting sanctions ever imposed”.

The sanctions, which will be re-imposed after a 180-day “wind-down period,” ending November 4, target Iran’s US dollar purchases, metals trading, coal, industrial software and its auto sector.

While the US said it wants as many countries as possible to stop buying Iranian oil, many European countries as well as China and India, oppose the sanctions.

The sanctions are already brewing a potential confrontation between the US and Iran as Tehran has threatened to block the Strait of Hormuz, an important sea route through which tankers ship more than 30 per cent of crude oil to the international market, in retaliation to the sanctions.

But the US military has promised to counter any blockade of the Gulf passageway.

Iran’s President, Hassan Rouhani responded during a rare visit to Europe last month that Tehran could disrupt regional crude shipments and cut its cooperation with the UN nuclear watchdog.

The Guardian of the UK reported that the commander of Iran’s elite Revolutionary Guards, whose forces patrol the Strait of Hormuz, had stated that the Guards were ready to put Rouhani’s words into action if necessary.

However, the US navy promptly said it was ready to confront Tehran militarily in response.

The Guards commander, Mohammad Ali Jafari, was reportedly quoted by the semi-official Tasnim news agency as saying: “We will make the enemy understand that either everyone can use the Strait of Hormuz or no one.”

A spokesman for US Central Command, Bill Urban, had said Washington and its allies provided security in the region and would not stand idly by.

“Together, we stand ready to ensure the freedom of navigation and the free flow of commerce wherever international law allows,” he said.

Russian Energy Minister, Alexander Novak yesterday warned of the impact of US sanctions against Iran.

“This is a huge uncertainty on the market – how countries, which buy almost 2 million barrels per day (bpd) of Iranian oil, will act. The situation should be closely watched, the right decisions should be taken,” he said.

The Organisation of the Petroleum Exporting Countries (OPEC) cut its forecast for oil demand growth in 2019 in its monthly report and said rising challenges in some emerging and developing countries could negatively impact global economic growth.

Oil traders were also watching the progress of category 4 Hurricane Florence which is expected to make landfall by Friday.

Crude output will not be affected by the “monster” storm, but the evacuation of more than a million residents, as well as businesses, has prompted a near-term spike in fuel demand.

Kanu: The method in the madness

FAAN enjoins 216 new AVSEC, ARFFS staff to be committed to...