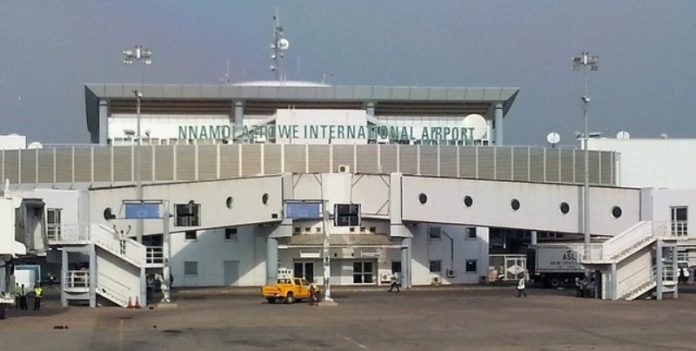 The general manager, corporate affairs of the Federal Airports Authority of Nigeria (FAAN), Mrs. Henrietta Yakubu said in a statement that the airport emerged the winner of the category following an extensive evaluation process that considered entries from several other airports in Africa.

In a letter dated 13th September, 2018 and addressed to FAAN’s director of airport operations, Capt. Rabiu Yadudu, ACI noted that despite fierce competition, NAIA’s infrastructure and processes were rated the best in Africa for its category.

Yakubu said the award will be presented officially to the airport at the next ACI Africa conference and annual general assembly scheduled to hold in Abidjan, Cote D’ivoire from the 14th – 17th October, 2018.

It would be recalled that the Nnamdi Azikiwe International Airport, Abuja, was recently audited and certified by the Nigerian Civil Aviation Authority (NCAA) and given clean bill of health.

Osinbajo’s presidential declaration speech as empty as the Sahara – Omokri

Esau’s plate of porridge and the Nigerian electorate

Ezekwesisli: APC and PDP are Siamese twins of failure