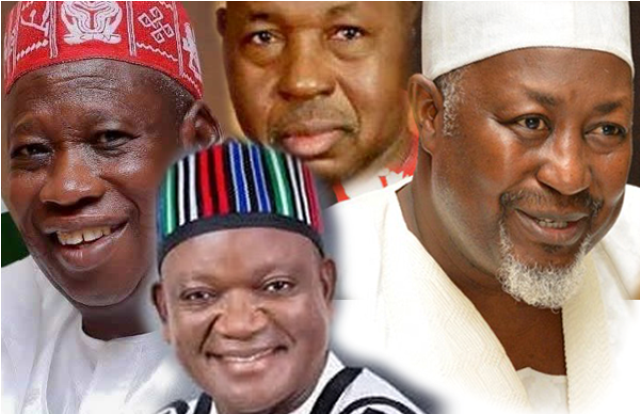 Governorship primaries of the Peoples Democratic Party (PDP) and the All Progressives Congress (APC) for the 2019 election were held on Monday and Tuesday with the former governor of the old Bendel State and current representative of Plateau south senatorial district, Gen. Jeremiah Timbut Useni, winning Plateau State PDP governorship ticket with 1,042 votes

It was gathered that erstwhile governor of the state, Da Jonah David Jang, supported the former speaker of the state house of assembly, Mr. George Daika, while the state chairman of the PDP and former minister of sports, Mr. Damishi Sango, endorse the candidacy of the 75-year-old senator.

Born February, 16, 1943 in Langtang, Plateau State, Useni joined the army after his early education. He rose to the post of Lt. General before retiring in 1999.

He had served variously as minister of the Federal Capital Territory, minister of transport and military governor of the old Bendel State (now made up of Edo and Delta states) between 1984 and 1985,

In Cross River State, the minister of Niger Delta Affairs, Mr. Usani Usani, has emerged as the governorship candidate of the All Progressives Congress (APC).

He declared the winner on Monday at the APC Collation Unit in Calabar by the chairman, collation committee of the party in the state, Mr. Emmanuel Anom.

In his acceptance speech, Usani promised to ensure good governance, if elected governor in 2019.

In Kano State, the incumbent governor, Mr. Umar Ganduje of Kano State, who was APC’s sole aspirant, won the primary.

In Katsina State, Governor Aminu Bello Masari got 5, 562 votes to beat Abubakar Samaila who got eight votes and Mr. Garba Sani Dankani who received one vote.

Chairman of the election committee, Mr. Yamah Momoh, who announced the results said Ekere won with 160,458 votes to beat Mr. Bassey Dan-Abia, who got 4,189 and Senator John Udoedehe who finished with 2,015 votes,

The presiding officer, Mr. Demola Seriki, who announced the results, said the former governor of the state, Chief Adebayo Alao-Akala, polled 65 votes and a while the former commissioner for health, Dr.  Azzez Adeduntan got seven.

In Yobe State, the national secretary of the APC, Alhaji Maimala Buni, emerged winner with 2, 797.

Still in the state, Mr. David Emmanuel Ombugadu who represents Akwanga/Nasarawa-Eggon/Wamba federal constituency in the national assembly won the governorship primary of the PDP.

The governor of Jigawa State, Mr. Mohammed Badaru Abubakar won the APC ticket in Jigawa State with 3,123 votes ahead of Yusuf Ubale Hashim, who scored 54 votes.

In Benue State, Governor Dr. Samuel Ortom who picked the PDP ticket had in his acceptance speech expressed appreciation to the party for welcoming him back into its fold after a three-year stint in the APC.

The PDP governorship primary in Kaduna State produced the former member of the House of Representatives, Mr. Isa Ashiru as candidate.

In Ebonyi State, the vice chairman, senate committee on appropriation, Senator Sonni Ogbuoji, emerged as the gubernatorial candidate of the APC.

Ogbuoji, who represents Ebonyi south senatorial district, got 785 votes to defeat Prof. Bernard Odoh who had 519 votes; Dr. Edward Nkwegu garnered 395 votes while Mr. Obasi Obasi who is believed to have been sponsored by the minister of science and technology received 182 votes.

The former deputy speaker of the House of Representatives, Mr. Emeka Ihedioha, emerged winner of the PDP governorship primary in Imo State

Ihedioha won the contest with a total of 1,723 votes to defeat the Senator representing Imo East senatorial zone, Mr. Samuel Anyanwu, who got 1,282 votes.

Announcing the results, the returning officer, Mr. Emma Nwala, expressed gratitude to all stakeholders who contributed in various ways to the success of the electoral process.

The exercise which was originally scheduled to hold on Tuesday Oct. 2 started at 4.00p.m on Monday and ended at 4.30a.m on Tuesday at the Kanu Nwankwo Sports Centre, Owerri with over 3,000 delegates drawn from the 27 local government areas in the state participating.

The party adopted the indirect primaries with delegates casting their votes in alphabetical order of their senatorial zones – Okigwe, Orlu and Owerri zones.

With The Nation and Daily Trust reports