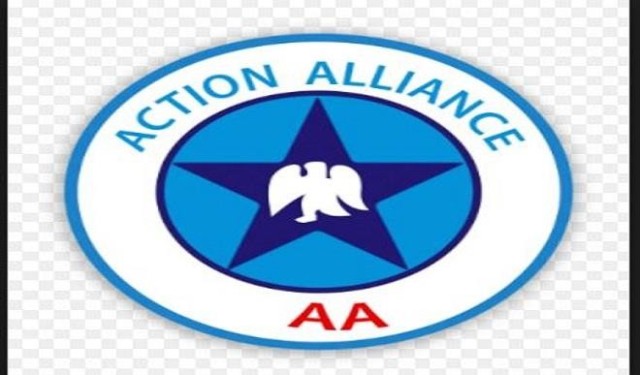 The national chairman of the Action Alliance (AA), Mr. Kenneth Udeze and the Imo State governorship candidate in the March 9 election, Mr. Uche Nwosu, said they would challenge the declaration of Mr. Emeka Ihedioha of the People’s Democratic Party (PDP) as winner of the election in court.

The state returning officer for the state, Mr. Francis Chukwuemeka Otonta, had announced that Ihedioha won the election with a total of 273,404 votes to defeat Nwosu who polled 190,364; Mr. Ifeanyi Araraume of the All Progressives Grand Alliance (APGA), 114,676; and Mr. Ikedi Ohakim of the Accord Party (AP), 6,846 votes.

But addressing the media in Owerri, Udeze said the party had gathered its evidence which it would present to the court as proof that AA won the election and that its candidate was robbed of victory.

He alleged that in Imo East senatorial district, the officials of the Independent National Electoral Commission (INEC) did not use the card readers.

“Most people that know AA understand that the party respects the rule of law. And if a candidate emerges through the legal process we will be the first to congratulate him or her.

“Having looked into the details, we have gone through the documentation and the declaration made by INEC, we discovered that it was defective.

“The position of the party, is that we have taken the inventories and any moment from now we are heading to court where we will prove to the world that our mandate was stolen.”

However, he pleaded with the party’s supporters to remain calm.

“At the end of the day justice must prevail. INEC told us that where the card reader was not used that those areas should be cancelled but that is not what we saw in Imo state,” he added.

In his reaction, Nwosu called on the national chairman of INEC, Prof Mahmood Yakubu, to look into the activities of the resident electoral commissioner, Mr. Francis Ezeonu.

He alleged that the REC was partial and that he gave advantage to the PDP during the election.

He alleged that his mandate was stolen and that he would recover it through the court.

“First of all let me thank the Imolites for giving me their votes. The result, for us, was unacceptable. The PDP is unable to make the two-thirds of the entire local government areas.

“The two-thirds is 18 local government areas which the PDP, did not get. It is very clear that the REC was totally against the Action Alliance; the REC is partisan.

“There was no use of card reader and the REC did not say anything about it. You can see that the REC is supporting a candidate. This is a stolen mandate and we will recover it.

“We are very sure that we are going to get back our mandate through the court. We believe in the Nigerian courts.

Igbophobia runs deeper than we think

Three US detainees freed ahead of Trump-Kim Jong Un summit

Hushpuppi: Fugitive supercop and his godfather