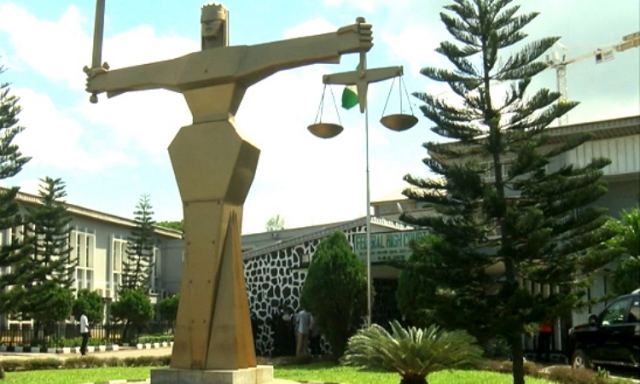 Justice Inyang Ekwo of the Federal High Court, Abuja has given the federal government leave to seize all assets belonging to Process and Industrial Development Limited (P&ID), Virgin Island and its Nigerian affiliate, P&ID Nigeria Limited.

The judge court gave the ruling on Thursday after Mr. Muhammad Kuchazi said to the commercial director with P&ID incorporated in the British Virgin Islands and Mr. Adamu Usman, who was described as a director of the firm in Nigeria pleaded guilty to an 11-count charge filed by the Economic and Financial Crimes Commission (EFCC).

According to the EFCC, the firms fraudulently claimed to have acquired land from the Cross River State government in 2010 for the gas supply project agreement that resulted to the $9.6 billion judgment debt.

In his judgement, Justice Ekwo held that the firms having admitted to the crime, he had no option but to convict them accordingly.

Relying on provisions of section 19(2) of the Money Laundering Prohibition Act, 2011, and section 10(2) of the Advance Fee Fraud and other related offences Act, 2006, the court ordered the federal government to wind up the two firms and confiscate all their assets in the country.

Similarly, the second defendant, whose representative stood for himself, aligned himself with the submission of counsel to the first defendant.

However, prosecution counsel, Bala Sanga, urged the court to deliver its sentencing in line with the provision of the Money Laundering Act which stipulates the winding up of the firm as well as forfeiture of all their assets to the federal government.

It would be recalled that a British Commercial Court had on August 16 awarded judgment in the sum of $9.6bn against Nigeria over a failed contract between P &ID and the Ministry of Petroleum Resources in 2010.

The British court had in the judgment gave the nod to P&ID to seize Nigeria’s foreign assets to the tune of $9.6billion as judgment debt in its favour.

But the federal government on its part have maintained that the entire Gas Supply and Processing Agreement signed between Nigeria’s Ministry of Petroleum and P&ID in 2010 was deliberately skewered to fail so as to benefit a syndicate that was out to extort Nigeria of its resources.

P&ID had in 2012 instituted the legal battle against Nigeria in the Court of Arbitration in the UK in 2012, following Nigeria’s refusal to carry on with the GSPA agreement entered with the firm in 2010.

By the terms of the agreement, P&ID was to build and operate an accelerated gas development project at Adiabo in Odukpani local government area of Cross River State.

The agreement required the federal government to supply natural gas from Addax Petroleum-operated Oil Mining Leases (OMLs) 123 and 67 for P&ID to refine into fuel suitable for power generation in the country.

P&ID alleged that after signing the agreement, the federal government reneged on its obligation after it had opened negotiations with the Cross River State government for allocation of land for the project.

FG approves N3.5bn for evacuation of Nigerians from Ukraine, other eastern European countries