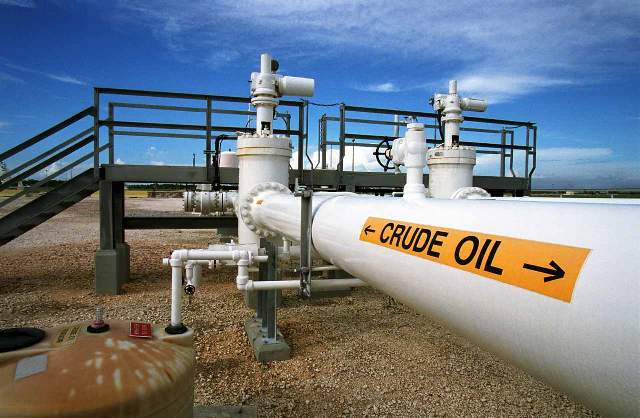 Oil slipped on Monday as China’s economic outlook remained weak even as manufacturing data improved, with an ongoing trade war with the United States weighing on demand growth for the world’s largest crude importer.

China’s official Purchasing Managers’ Index (PMI) rose to 49.8 in September, slightly better than expected and advancing from 49.5 in August.

However, it remained below the 50-point mark that separates expansion from contraction on a monthly basis, data from the National Bureau of Statistics (NBS) showed.

The PMI data “remained in contractionary territory for the fifth month in a row, indicating that economic fundamentals were still weak,” Citi analysts said in a note.

“The (Chinese) government will certainly step up fiscal and monetary efforts to boost domestic demand, which we believe can help stabilize, probably not accelerate, economic growth.”

Top oil exporter Saudi Arabia has restored capacity to 11.3 million barrels per day after an attack on its processing facilities this month, sources told Reuters last week, although Saudi Aramco has yet to confirm it is fully back online.

While Saudi Arabia is maintaining exports by using crude from inventories and spare production capacity, how much of its output has actually been restored remains unclear.

“Clearly, speculators have taken comfort from Saudi comments and the speed at which they plan to bring supply back to the market,” ING bank said in a note.

“However, we still believe that the market is under-pricing the geopolitical risk in the region.”

Saudi Arabia’s Crown Prince Mohammed bin Salman warned in an interview broadcast on Sunday that oil prices could spike to “unimaginably high numbers” if the world does not come together to deter Iran, but said he would prefer a political solution to a military one.

This came a day after Yemen’s Houthi movement said it had carried out a major attack near the border with the southern Saudi region of Najran, though there was no immediate confirmation from Saudi authorities.

Bin Salman’s remarks “help to alleviate immediate concerns around escalations in the Middle East”, BNP Paribas oil strategist Harry Tchilinguirian told the Reuters Global Oil Forum, allowing the market to switch focus back to the economy and the risks posed by the ongoing U.S.-China trade dispute.

My greatest mistake was supporting Obaseki as my successor — Oshiomhole

Dollar rain ahead of polls

Babangida says he has no regrets, but he can’t rewrite history