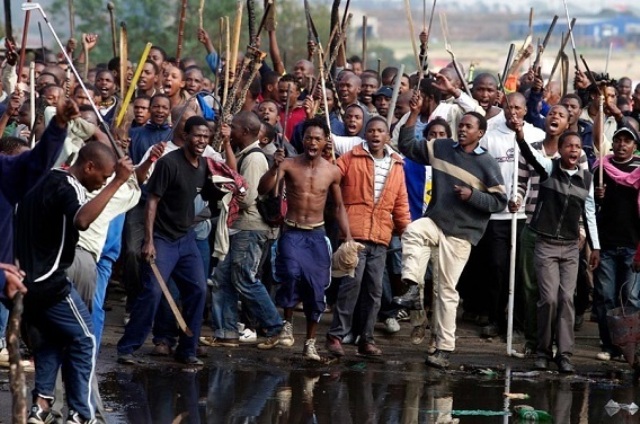 This piece was instigated at the instance of the recent roundtable organized by my department in Lead City University, Ibadan to celebrate the 77th birthday of the erudite intellectual avatar, Professor Alaba Ogunsanwo. This indefatigable scholar has continued to remain relevant cerebrally and nationally. This is really a commendable feat within a context where becoming a professor is a signal for intellectual senility to creep in. Most of those who have potentials for great intellectual outputs are soon overwhelmed by the temporary promises of political posts. Not Professor Ogunsanwo. As a formidable chip off the old committed intellectual tradition, this hoary professor was already a prime player as a scholar and researchers in the diplomatic circle of the 70s and 80s when most of us were still school pupils or students. Most importantly, his work ethic and dedication to service confirms him already as a veritable part of what we now memorably refer to as the golden age of the public service in Nigeria.

I am even prouder to say that Professor Ogunsanwo was one of those accomplished old students of Awe High School where I was also a student, even though we were generation apart. It is therefore fitting that I could find the opportunity to reflect on the xenophobia palaver at the birthday celebration of an intellectual who has struggled all his life to intellectually and practically understand the international relations field and all its dynamics, especially with regard to their impact on Nigeria’s foreign relations. Professor Ogunsanwo has definitely engaged with the South African predicament in his intellectual foray, beginning with the Apartheid and post-Apartheid era.

South Africa has now been signaled in contemporary times as the hotbed of xenophobic attacks on non-South Africans. These attacks have been going on before 1994, and refused to abate since black majority rule was achieved after the end of apartheid. These attacks have not been palatable, especially for Nigerians. And one reason why this has been so is because Nigerians recalled the historical antecedents of participating in the series of events that led to the shaking off of the apartheid shackles, and all the diplomatic campaigns involved in the undermining of white rule in South Africa. However, most of the reactions against these attacks have been essentially sentimental, and justifiably so too. I will like to make my entry into the foray of diagnostic analysis of these incidences first conceptual and then rehabilitatory.

Let us start first by distinguishing between xenophobia and xenophobic attacks. Even though these concepts are causally linked, they are conceptually distinct. There is a growing acceptance of xenophobia as essentially a behavioral perception of other people as being foreign to a particular community. It therefore signals an attitudinal sense of hatred and hostility founded on the otherness of non-members of a state. And this perception of the non-membership of these foreigners, as well as the hostility that coalesce around that perception, is often hardened through public rhetoric and discourses that that, over time, vilify and stigmatize ethnic minorities through the strategy of scapegoating and stereotyping in ways that set them up as being “threats” to unresolved social problems. Based on this understanding, we can all agree that “xenophobia” is different from “xenophobic violence”. We can say, for instance, that xenophobic violence is just one of the ways by which xenophobia as a collective mental state manifests. Why is this conceptual clarification important? There is a simple reason: From an epistemological point of view, understanding the attitudinal base of xenophobia provides us with the leeway to properly adumbrate some corrective framework, rather than just wasting time with the manifestation of that attitudinal posture.

The end of apartheid was celebrated with much euphoria in South Africa. When Nelson Mandela was released and he succeeded Frederick de Klerk as the first black president of a post-Apartheid South Africa, there was the expectation of so many promises for the blacks who have suffered untold hardship and deprivations for so many years. But twenty five years after the commencement of majority rule, the deprivation story has not changed drastically. Economic power still lies in the hand of minority whites. And a significant dimension of the apartheid ideological formation was violence in all its forms. But more than the utility of unbridled violence, the apartheid system created a strong powerful and psychologically disenchanting dynamics that, on the one hand, made the blacks look inferior to the whites; and on the other hand, gave them an oppositional identitarian sensibility nurses the thought that they are different from other Africans. Yet, the African National Congress (ANC) has failed to undermine the carry-overs of the apartheid socioeconomic formations even after close to three decades of rule. The ANC is therefore right in the middle of the failure of a national rebirth.

Since the commencement of the post-apartheid era, the ANC has not effectively enabled the consolidation of basic socioeconomic rights for South Africans in terms of job creation, provision of basic services, and the manifestation of truly impactful empowerment policies and programmes that would have sufficiently transformed the lives of South Africans. The result is the alienation of the citizens from their political elites. For instance, this is one reason why the elitist Thabo Mbeki was replaced with the more populist Jacob Zuma who turned out to be a monumental failure. But on the heel of all this leadership failure is the emergence of the narrative of the foreigners/migrants and their meddling with the fortune of black South Africans. We should not forget that one of the political planks in President Cyril Ramaphosa’s manifesto is the need to cleanse South Africa of unwanted immigrants.

Once we put all these together—the psychological consequence of a radicalized notion of identity, the persistence of white rule and the failure of national rebirth—we immediately see how national derivation could consistently lead to xenophobic violence. The material condition of an average South African, especially around the virtual absence of empowering public services, engenders an economic deprivation narrative that makes xenophobic violence a constant possibility. Poverty and unemployment are powerful incentive for any negative mobilization of the type that xenophobia represents. The usual suspect in the blame game is the competition around jobs between foreigners and South Africans. The economic reality in South Africa, just as we mentioned earlier, is that a large percentage of the economic power and the large business operations remain with the white population. And these are motivated by a purely economic perception of demand, supply and ultimately profit. For instance, it seems to make sound economic sense for the white business owners to hire foreigners, and especially undocumented immigrants, for low wages (like R30 per day) than citizens who will demand higher (R150 per day). With this unfair competition, it seems too much of an emotional provocation to find these same foreigners, and especially Nigerians competing for the same scarce resources, and even swaying the hearts of the South African women with large spending.

Let me outline three possible correctional frameworks within which we can begin to make sense of redressing this xenophobic predicament. The most obvious, and the most urgent, as the reader is well aware, is the willingness of the Ramaphosa-led ANC government to institute a well-intentioned policy reform that will eventually lead to public service transformation. The glaring level of poverty and unemployment in South Africa need to be critically and pragmatically addressed if the government is truly interested in undermining the deprivation complex that drives able-bodied South Africans into a frenzy of xenophobic violence, especially against fellow Africans. Specifically, there is a need for a national conversation, and an action plan or blueprint on how the business environment could be made more equitable for black business concerns to emerge. For instance, the South African government could put in place some entrepreneurial programmes that could facilitate the acquisition of skill sets for average South Africans. Access to credit facilities could also constitute a critical enablement.

In the second place, another institutional framework that tests the sincerity of the South African government is the willingness to put in place the legal protection mechanisms around which xenophobic issues can be monitored and dealt with. Legislative, legal and human rights instruments, all functioning within the ambit of international laws and the South African Constitution, must be facilitated, implemented and enabled to shield foreign nationals and immigrants from the blunt force of violence borne on xenophobic mobilization against non-South Africans. The Constitution, and specifically the Refugee Act, could be carefully amended to include a hate crime clause that will not just treat xenophobic attacks as acts of mere criminality, but that will essentially criminalize xenophobic violence itself. This will also facilitate the enthronement of restorative justice that not only hold assailants and perpetrators accountable and prosecuted, but have victims also properly compensated.

Lastly, and while all these socioeconomic policy intelligence and legal constitutionality are getting set up, the South African government must urgently put in place an early warning system and violence prevention or mitigation mechanism that will be founded on better and smart intelligence gathering. The Consortium of Refugees and Migrants in South Africa (CoRMSA) has already demonstrated that these violent attacks often occur in certain predictable patterns, around the perception of non-optimal pubic service. government action could then be directed at, first, identifying the hotspots of xenophobic violence; and second, setting up a centralized command centre that would facilitate a technology-based hotline system—SMS and social media platforms—around which intelligent information could be gathered in manners that would nip violence in the bud.

The post-apartheid South Africa was supposed to be a test case of the resilience of pan-Africanism, and the necessity of uniting all Africans across spaces and contexts. Unfortunately, it is fast becoming a bad case of excessive isolationism. Since the ANC was founded on an African identity, it needs to urgently reconnect with that identity in order to be able to rein in the ugly internal trend that is already decreasing the continent’s chance of development in the face of global opposition.

If God be for us…

House warns police as Melaye goes for trial in Lokoja