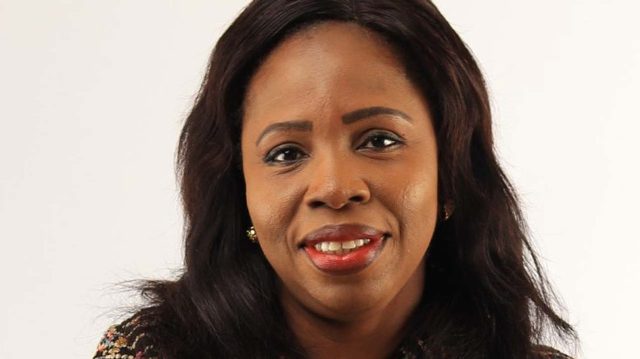 About six decades after independence, what is Nigeria’s health care story? The nation’s health-care system is an embarrassment of monumental proportions and the sector, sadly, has one unmistakable signature: decay.

Essentially, the Nigerian health sector cannot be compared to what was obtainable in the 1960s and 1970s when there was some serious governance. Therefore, it may be safe to argue that the deterioration is due to neglect by successive administrations.

The sector is characterised by obsolete equipment and brain drain as reports have been consistent that even as the nation grapples with shortage of medics, more are fleeing the country; not discounting the not-so-conducive operating environment. Again, inadequacy of medical facilities, high cost of drugs, sub-standard drugs, wrong diagnosis, poor attitude of health workers occasioned by poor remuneration and resulting in the neglect of patients by medical personnel, long waiting time for patients, etc. are all responsible for the unhealthy situation in Africa’s most populous nation.

Therefore, citizens who can afford medical treatment abroad often travel as far as India, United Arabs Emirate and Egypt for cheap medicare. The ‘strong’ ones travel to Europe and North America. The most telling example in recent time is the treatment of our president abroad at various times for ‘routine’ health checks; not discounting medical tourism time of most of the governors of Nigeria’s 36 states. They too, always slip out of the country for medical examination. Also, a former Vice-President, Dr. Alex Ekwueme died abroad while seeking healthcare.

These examples are embarrassing and are further indictments on the nation’s healthcare system managers and leaders at all levels. This specifically is a social damage to us that we are incapable of tackling the health challenges of our citizens, particularly the number one, which speaks volumes for the fate of the rest vulnerable citizens that employed Mr. President and other elected officers but whose lives have been cheapened.

This is a paradox because while campaigning, he promised to stop medical tourism, but he has been the one showing the way for others to follow.  Mr. President, why are you taking the citizens for granted? Also, why can’t other public office holders use Nigerian hospitals to demonstrate to us that they ‘enjoy’ the quality of health care services that they are giving to the electorate who employed them?

This dismal situation is in spite of the billions of naira expended on some tertiary hospitals during the twilight of former President Olusegun Obasanjo’s administration to equip some strategic departments in some tertiary and teaching hospitals as ‘centres of medical excellence.’ Curiously, some of the equipment installed had been reportedly tampered with and cannibalised but no one has been prosecuted.

Even the State House Clinic established to take care of the President, Vice-President, their families as well as members of Staff of the Presidential Villa, Abuja joined the league of hospitals that cannot deliver quality healthcare services. This came to the public glare when Mrs. Aisha Buhari took ill in 2017 and was advised to travel abroad because of the poor state of the clinic. However, she opted to go to a private hospital owned by foreigners when she was told that the x-ray machine in the State House Clinic was not working.

Instead of addressing the reproach in the Nigerian health sector, Mr. President who should provide quality health care to reduce capital flight occasioned partly by medical tourism, on the contrary, is the ‘headmaster’ of those lamenting the country’s loss of over N400 billion yearly to medical tourism. Our president who recently lamented the precarious healthcare situation attributed it to government’s inability to address various health challenges.

According to him, “Government has shown strong commitment in the revitalisation of the health sector. These efforts notwithstanding, our health sector is still characterised by low response to public health emergencies, inability to combat outbreak of deadly diseases and mass migration of medical personnel out of the country. This has resulted in increasing medical tourism by Nigerians in which Nigeria loses N400 billion on annual basis.” Is Mr. President helpless on the issue of access to health care?

So, there can be no better time than now for this administration – Mr. President and other duty bearers in this regime to revamp the health sector and equip even a few Nigerian hospitals, like the ones in some developed economies including the United Kingdom where most Nigerian leaders always have recourse to, for medical follow-ups and treatment.

What is more, the President should build on his positive experience in the health systems of other climes while receiving treatment, to impact on the Nigerian healthcare system by replicating what he saw and experienced in London at least to take care of the masses who do not have the resources to fly abroad for medical care. He should encourage health authorities in the country to replicate the medical equipment he saw abroad during his treatment.

Specifically, he should make healthcare his personal agenda, and contribution to the growth of the Nigerian health sector. He should see his health challenge and positive experience in a London hospital as a wake-up call by revamping the health sector. This should be pursued so that Nigerians would stop going through this embarrassment for the good of the people and the protection of our national image.

That President Buhari may finish healthy, the nation expects him having spent so much time in the United Kingdom on health grounds to reminisce on it, and give attention to the health sector; and address the deficits as a way of executing the ‘Change’ he promised in 2015 and the ‘Next Level’ he promised in 2019.

Similarly, the national assembly should demonstrate good leadership, which is a critical variable in dealing with the current crisis in the health sector. The legislators should show good representation in the area of health sector reform. Hopefully, by amending the National Health Act, 2014 and with more investment in the health sector, many citizens will have access to quality and affordable health care, while the capital flight occasioned by medical tourism will be a thing of the past.

Again, medicare should be seen as an investment just like real estate. With commitment and determination, Nigerian health sector can be repositioned too through a private sector intervention. A private sector led world class specialist hospitals, driven by local investors, especially members of Nigerian Medical Association (NMA), Nigerians health professionals and experts in the diaspora, health professional organisations, development agencies and health related not-for-profit organisations in partnership can improve Nigeria’s health sector. This collaboration is important because facilities alone do not run hospitals; the human capacity is an important resource.

Therefore, the private sector led group can partner with government and take over the gigantic hospital buildings that are wasting away and turn them into quality health care facilities. This strategic partnership is needed at this time as it can lead to more people having access to quality health care at an affordable cost. It is definitely more cost-effective to treat Nigerians in their country. When we clock 60 next year, we should be able to celebrate revival and equipment of at least six world-class hospitals in the six geo-political zones in the country. This is the change we desire to see, lest we will lose hope in Nigeria’s leadership.

History too essential to de-prioritse in school curriculum – Osinbajo

Northern Fundamentalists now use allegations of blasphemy as excuse to kill...

Are there lessons to learn from Malawi?