Home OPINION Boko Haram: Where Are the Borno Elders Now? 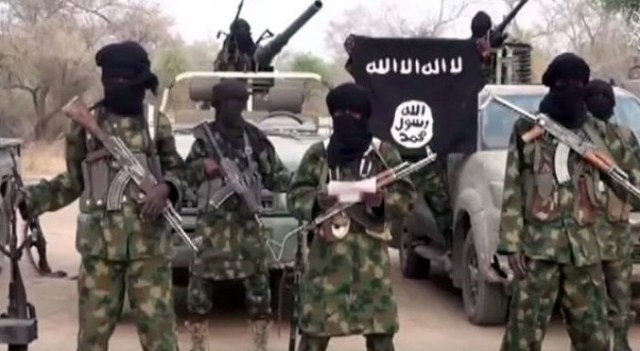 In early March, 2013, former President Goodluck Jonathan was in Maiduguri to engage Borno elders on the Boko Haram scourge. It was the final day of his 48-hour on-the-spot assessment of Yobe and Borno, the epicenter of the insurgency. The Borno elders openly, and rightfully too, confronted Jonathan over the escalating assault by the terrorists. They challenged Jonathan to rise to the occasion as Nigeria’s Chief Security Officer and tame Boko Haram. At the town hall meeting, the Borno elders blamed the federal government for the terrorism and also accused the soldiers of the Joint Task Force (JTF) of extra-judicial killings and flagrant abuse of the rights of innocent people “under the guise of fighting militants.” The Borno elders asked that the soldiers be taken off the streets of Maiduguri. They also asked for amnesty for members of the sect and the introduction of a Marshall Plan to rebuild the state.

I remember one of the elders, Professor Nur Alkali, lamenting the untold hardship caused by the activities of the sect. The former Vice Chancellor of University of Maiduguri said: “There is no one in this hall that has not lost a relation or friends to the crisis. When a soldier is killed, there is retaliation with corpses littering the streets.”

Alkali argued that with the sect’s members indicating readiness to dialogue, they should be embraced and encouraged: “There is no alternative to dialogue and since they talked about peace, we should work towards it, though it may take some time to achieve. The use of violence brings more violence. The minimum expectation is pardon, rehabilitation.”

The then Chairman of the PDP in the State, Baba Basharu, called for the removal of roadblocks and sandbags from the streets of Maiduguri. “The building of bunkers on every street in Borno is lamentable. It does not exist even in war torn countries,” he said.

I also remember the member representing Marte/Monguno/Nganzai constituency in the House of Representatives, Mohammed Monguno, saying that soldiers must evolve professionally and be cautious in their duty. Also speaking, Shettima Ali Monguno (now late) told Jonathan to embrace dialogue with the sect.

All these happened six and half years ago. The Jonathan presidency is now history. Before he left on May 29, 2015, he succeeded in pushing the terrorists to the fringes of Sambisa forest. This is the truth that must be told.

Yes, the Borno elders have the right to challenge the man elected as Chief Security Officer of the country to perform his duties, but Jonathan at the parley made a thought-provoking point: That Borno State in particular may continue to be terrorised by the sect unless the elders come out to condemn its activities. I remember Jonathan telling them that their call for the withdrawal of soldiers from the streets of Maiduguri was entirely in their hands. He said he was willing to withdraw the troops once the elders entered into a commitment with the federal government that they should be held responsible for every single death caused by Boko Haram after the withdrawal of the soldiers.

I also remember Jonathan saying: “Government will never sit down quietly and wait for insurgents to take a part of this country or kill our soldiers like chickens. I don’t want to hear that one soldier is killed in Borno State or any part of this country. I cannot preside over this country as a president and my security officers are killed. This people leave their families, stay on the roads and the bush so that we will sleep and I will not want to hear that one of them is killed. We will not allow it and I will not celebrate the death of one security officer anywhere in this country. We will not, and I repeat, will not accommodate it.”

There are scores of IDP camps, with close to a million people living there, no thanks to rampaging Boko Haram and ISWAP. These people cannot return to their homes because they are occupied by the terrorists.

Maiduguri is persistently under threat of being choked. So, where are the Borno elders? Why are they not tackling President Buhari ferociously, the way they attacked Jonathan? Their voices have become inaudible amid the anguish in Borno State. Where is Asheikh Jarma, AIG Muktar, Amb. Gambo Gubio, Sadiq Ghide, Kaumi Damboa, Yusuf Ngulde, Ibrahim Ngulde, Dr. Bulama Gubio and Professor Alkali. Are they saying the death of Shettima Ali Monguno and Ambassador Gaji Galtimari has put an end to their agitations for security in Borno State?

The few tackling Buhari to perform his duty as the country’s Chief Security Officer are not even elders. One of them is Ali Shettima, Chairman of Marte Local Government in northern Borno. He cried out last week that the entire local government was deserted because of the activities of Boko Haram: “We have Boko Haram there now, and these people are merciless and can even kill 50 people at a time without blinking an eyelid. We are appealing to the military to clear them. And it is after the place is cleared of Boko Haram and de-mined that we can return.”

Shettima, who is now running his local government from Maiduguri, said as a result of frequent attacks by Boko Haram, the residents of the local government had all relocated to IDP camps in Maiduguri: “About 70,000 others are in Monguno; we have some at Gajiram and others in Gamboru. Many of the families are separated and the main challenge is bringing the families together. Because of the insurgency, many of these people who are farmers cannot till the ground and have been made to depend on stipends from others to survive, this is just enough to live and be well.”

Two federal lawmakers from Borno State have also been saying a bit of truth about Boko Haram and the territories they control in their state. Mohammed Tahir Monguno and Ahmadu Jaha opted out of the club of heartless and deceitful Borno leaders.

They decided to join the few telling the government the fact about the sagging war. Monguno said eight local government areas in Borno North were under the control of the terrorists. Corroborating Monguno, Jaha gave graphic details of how Boko Haram had taken control of areas in his constituency, saying that more needed to be done to motivate soldiers on the frontline so as to win the war.

Jaha added: “The truth of the matter is that a substantial number of locations in Borno are still under the occupation of Boko Haram whether we like it or not.”

The guerrillas are roaming freely in many areas in Borno State, after successfully dismissing military bases.

The military inadvertently advertises that the terrorists are alive and kicking. A technically defeated Boko Haram keeps thrashing our soldiers and military formations. Just on October 3, a military convoy was attacked by Boko Haram in Borno, leaving 11 soldiers dead and 14 others injured. The soldiers, including two officers, were ambushed at Mauli-Borgozo area of the state. The terrorists stole rifles from the soldiers, made away with an anti-aircraft gun truck, and damaged a gun truck and a military lorry.

Last Saturday, the insurgents attacked Babangida, headquarters of Tarmuwa Local Government Area of Yobe State, burning a section of the Emir of Jajare’s Palace. Our gallant soldiers are doing their best but lack the capabilities to end the war.

Buhari should be prepared to answer pertinent questions regarding this faltering war: Why has he refused to go on an assessment tour of the frontline states? How much equipment has he procured for the military in the last four years?  What have we achieved with the Multi-National Joint Task Force arrangement? Why are we not hiring foreign military experts? The MNJTF is obviously not working. The terrorists are still moving across borders with ease as seen from the damages done.

Buhari should be investing more in technology and intelligence gathering for the military. Above all, we should also hire the best brains from anywhere in the world to assist our soldiers. The ultimate aim is to decapitate Boko Haram. Technology, quality equipment and quality manpower will be needed to destroy Boko Haram.

The strategy for getting result against Boko Haram is largely through aerial power. It requires quality fighter jets, quality armoured attack helicopters. Our gallant military lacks the competence for these. Buhari must hire Israeli or Russian mercenaries to finish this war.The Lucky Chap Called Nasir Danu

Who is Nasir Danu?

Well, for those who don’t know, they call him Director of Logistics at the Buhari Media Organisation (BMO) with headquarters in Abuja. Danu provides necessary logistics to the scores of Buhari media influencers at the BMO office.  He ensures that the office lacks nothing. Danu is indeed, a jolly good fellow. The news is that while millions of Nigerians are complaining about Nigeria’s excruciating economic situation, Danu is among the few smiling and unperturbed. This President Buhari’s man has really been changed by the “Change” government. Danu, the combatant from Jigawa State, is now a business mogul, getting good contracts in key government agencies and departments. For example, when the Nigerian National Petroleum Corporation released the names of oil companies approved for the highly sought-after contracts to exchange crude oil for imported fuel, (2019/2020) Danu’s firm, Casiva Limited and its partners made the list. What a lucky chap. So, he has been paying back very well. Danu was in the news lately over some shenanigans at the Heathrow Airport in the United Kingdom. Well, smart Danu fixed it and he is back in business in Abuja.

The guys at the BMO office have nothing to fear; as Danu will always say, no shaking for the BMO.

N125bn for the national assembly?

The National Assembly has again been awarded an atrocious N125 billion in the 2020 budget. Each senator will continue to smile home with N14.2 million monthly. Those in the House of Representatives will each continue with N9.1 million monthly. This is happening in a country where millions go to bed without meals and wake up not sure of breakfast.

It is happening in a country that has been brought to its knees by Boko Haram, yet, defence will get a paltry N100 billion. So, how will the military defeat the terrorists? It is equally very painful that the allocations to a critical sector like health is a worthless N46 billion. No wonder the 24 federal tertiary hospitals are in tatters.

Debt service pledges and recurrent expenditure are still crowding capital expenditure The phony N10.3 trillion budget has a recurrent component of N4.88 trillion and debt service of N2.45 trillion. Chickenfeed is left for infrastructure development. The N2.45 trillion set aside for debt servicing is more than the N2.14trillion for the entire capital budget. It is pertinent to close the growing inequality gap between the rich and less privileged class in Nigeria. This budget 2020 is incapable of doing this. In just six months of this year, three million people have been added to the group of Nigerians living in extreme poverty.

If God be for us…

Saraki loses bid to stop probe of his earnings as Kwara...

Vaccine nativity and naivety in a fractured world