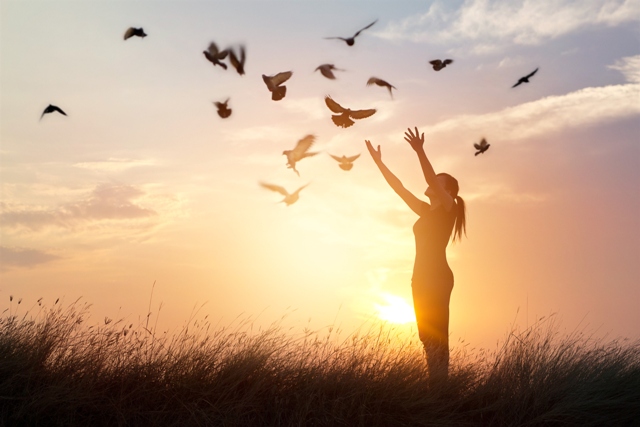 Something unusual happened in a courtroom in Dallas the Wednesday before last. Right after a 31-year-old woman was sentenced to 10-year imprisonment for shooting a 26-year-old man, the man’s brother offered to give her a hug. Without hesitation, the teary-eyed woman dashed toward him and they locked arms in an emotional embrace.

Nearly as unusual, the presiding judge was also tearing up. She too went down from her rarefied bench to hug the person she just sentenced.

The overarching element of this real-life drama is the race of the dramatis personae. The convict is a white woman, the person she killed was a black man, as is his brother and the presiding judge. Moreover, prosecutors demonstrated that the white woman had on several occasions expressed racists views about black people.

The whole drama has riveted Americans around the question of forgiveness: when is it merited and how may it be properly expressed? Specifically, is it an acceptable expression of forgiveness to hug in the courtroom the person who killed your brother? To decide, you have to walk through the factual and emotional trails.

The courtroom drama was the culmination of a tragic incident in September last year. A policewoman, Amber Guyger, who was returning from a 14-hour duty, walked into another resident’s flat and shot him. In testimonies later, Guyger said she thought she had walked into her own flat and found an intruder. In reality, the man she shot was Botham Jean, a much beloved accountant from St. Lucia, who was active in his church.

It was the ultimate tragedy of errors. Guyger lives in a 3rd-floor flat, right below Jean’s, and their flat numbers differed by just one digit: 1378 for Guyger and 1478 for Jean. And the building complex is one of those with a spiraling driveway that leads to the parking lot for each floor. Guyger apparently drove past her floor inattentively. And it just happened that Jean left his door ajar.

Even then, questions remained. When she found the door ajar, shouldn’t that have alerted her that she might be at a wrong flat? Shouldn’t she have re-checked the flat number? Moreover, if he could see Jean well enough to shoot him, shouldn’t she have seen other things in the flat to indicate that it wasn’t hers? Furniture? Pictures on the wall? All occupied homes have distinctive smells resulting from the kinds of foods cooked, the perfumes and colons, the air deodorisers, etcetera. How could she have missed all of that?

And then there is the evidence of Guyger’s racist views that prosecutors presented during the sentencing. For example, she texted disparaging comments about Martin Luther King’s parade and black police officers. Could it be that seeing a black man in what she thought was her flat triggered all of the worst instincts? Or might it be that her police training—to shoot first and ask questions later —was to blame?

This last question is especially pertinent because of a rash of incidents in which white police officers shot unarmed black men and got away with it. In most of the cases, investigators subsequently absolved the officers of malevolent intent.  In cases that went to trial, they were acquitted for the same reason.

These then are the contexts of the trial and conviction of Guyger, who by the way was dismissed from the Dallas police after the incident. They are the facts that jurors pondered in finding Guyger guilty of murder and recommending a 10-year sentence, which is much less than the 28 years prosecutors asked for.

Apparently, the most pertinent consideration in the jury’s relatively lenient sentence is that Guyger seemed genuinely in grief for what she did. With tears dripping, she told the jurors that she wished that Jean was the one who had the gun and she didn’t. In other words, she would rather be the one who died. Turning to Jean’s family, she tearfully asked for forgiveness.

That was what moved the dead man’s 18-year-old younger brother, Brandt Jean, to offer forgiveness. “I love you as a person,” he said to Guyger. “I don’t wish anything bad on you.” Then turning to the judge, he continued: “I don’t know if this is possible, but can I give her a hug?” The judge consented.

Why such an instantaneous offer of forgiveness? people have asked. To which Brandt Jean responded in an interview with ABC-TV News the following day: “Each and everyone has steps to get toward actually forgiving. I probably went through it faster than other people. Some people went through it faster than me…. I waited one year to hear ‘I am sorry.’ And I’m grateful for that. And that’s why I forgave her…. That’s the type of stuff that you have to do to have peace of mind.”

Still, why go beyond expressing forgiveness to hugging? It was his way of authenticating his forgiveness, he said. To many, this makes him a Christian hero. To others, it was a betrayal of his slain brother. You decide.

What is beyond dispute is that in that moment of embrace, Guyger did not see a black man and Brandt Jean did not see his brother’s killer. They both saw another human being — with emotions. Alas, in the routines of life this is too often not the case.

As though the Guyger case didn’t have enough drama, the key witness in her conviction was shot and killed two days later. Inevitably, all fingers pointed at the Dallas police. But it didn’t take long before they determined that the 28-year-old was shot in the course of a drug-dealing altercation.

The attorney for the Jean family said that the witness had told him before the trial that he had been living in fear for his life.

Delivery on a roadside

Now a quick segue to a somewhat related, but heartwarming story. When a man is over-speeding and sees a police cruiser chasing him down, he knows he is in trouble.

If the policeman is white and the driver is black, it makes for an even more anxious moment.

Not so in the case of Wilfrid Jean-Louis. The black man who was exceeding the speed limit by nearly 20 miles per hour in Naples, Florida, was too glad to be pulled over by Sheriff’s Deputy Robert Pounds, a white man.

You see, Jean-Louis’s wife was in labour and was screaming, and he said so to the deputy. When the skeptical officer looked inside the car, he needed no further convincing. The baby’s head was already coming out. So, he quickly called paramedics and dashed back to his patrol car to put on gloves and retrieve a sterile blanket. And there and then, he delivered the baby.

In his honour, the baby’s parents named her Leila Robert Jean-Louis. Looking at her serene face, one can only agree with Max Ehrmann’s “Desiderata” that: “With all its sham and drudgery and broken dreams, it is still a beautiful world.”

First infant death linked to COVID-19 reported in US

Buhari and the June 12 saga