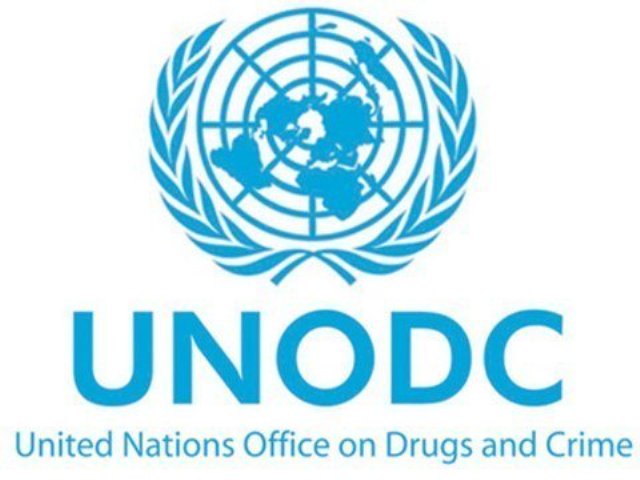 The United Nations Office on Drugs and Crime (UNODC) has pledged toextend its support to the National Agency for the Prohibition of Trafficking in Persons (NAPTIP) in its effort to engage Nigerian the Nigerian Civil Aviation Authority (NCAA), Federal Airports Authority of Nigeria (FAAN), Air Peace and the other airlines as well as travel agencies to curb human trafficking by air.

The agency said in a statement posted on its website that air travel remains the primary mode of transportation utilized by human traffickers.

Consequently, it said “airlines, their crew as well as passengers can play a key role as first line responders in detecting victims and their traffickers before departure and while on board of aircrafts before victims become difficult to trace in destination countries.”

It recalled that its 2018 Global Report on Trafficking in Persons, 20 per cent of the 225 000 victims detected worldwide between 2003 and 2016 have been trafficked by plane.

In the context of its ongoing project with NAPTIP, UNODC said it supports NAPTIP’s “efforts to engage airlines, airport management authorities, travel agencies and through them travellers at large in helping to detect and prevent the trafficking of persons.”

Part of the statement reads: “Following its successful partnership with Ethiopian Airlines, UNODC together with NAPTIP, is now forging alliances with key Nigerian stakeholders in the aviation sector, such as the International Air Transport Association (IATA), the Nigerian Civil Aviation Authority (NCAA), the Federal Airports Authority of Nigeria (FAAN), the National Association of Nigeria Travel Agencies (NANTA) and flight company Air Peace, that has recently signed a Memorandum of Understanding with NAPTIP.

“Following a series of consultations with these partners and with the support of the US government, UNODC together with NAPTIP have developed a series of specific airports and on board sensitization materials on trafficking in persons.

“Aimed at travel agents, airport personnel, flight crews, and passengers, the materials seek to provide basic information on how to identify victims of trafficking and how to report such suspicion safely. Initially these materials will be deployed in Abuja and Lagos international airports halls, including on electronic boards, on boarding passes, tickets, in-flight magazines and through public announcements on board.

“In parallel and recognising that awareness raising materials may not be enough to sensitise the air travel industry, NAPTIP and UNODC conducted a training for managers in the air transport sector on specific operational measures that can be taken to facilitate the detection of victims and their traffickers.”

My fears for this one-dimensional generation

COVID-19: Trump angers China by warning US may seek damages