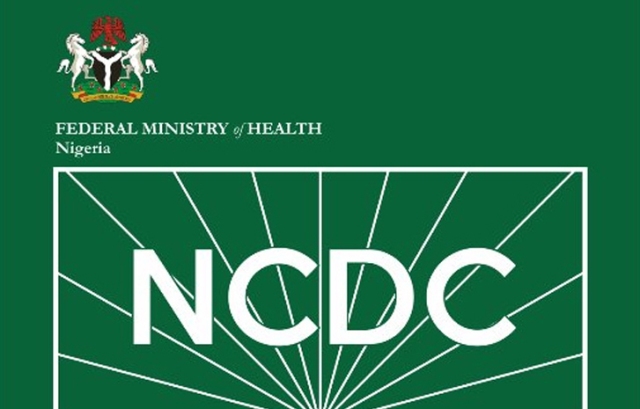 The Nigeria Centre for Disease Control (NCDC) has announced a resurgence of monkeypox in five Lagos, Rivers and Akwa Ibom states.

The centre said in a statement that five new cases of the disease were recorded in the aforementioned states.

NCDC stated that three cases were recorded in Lagos State while Rivers and Akwa Ibom reported one apiece.

The resurgence comes two years after the index case was reported in the country.

The NCDC said a total of 81 suspected cases have been reported so far in 2019, of which 39 confirmed cases were recorded in nine states (Bayelsa, Lagos, Delta, Rivers, Akwa Ibom, Enugu, Anambra, Cross River, and Oyo), with one death.

According to the NCDC, since the beginning of the outbreak in September 2017, 176 confirmed cases and nine deaths have been recorded in 18 states (Rivers, Bayelsa, Cross River, Imo, Akwa Ibom, Lagos, Delta, Bauchi, FCT, Abia, Oyo, Enugu, Ekiti, Nasarawa, Benue, Plateau, Edo, and Anambra).

To address the problem, the chief executive officer of NCDC, Dr. Chikwe Ihekweazu, said the centre, through the Monkeypox Technical Working Group, was coordinating the national response and control in collaboration with states and partners.

He said outbreak response support was being provided to states amid ongoing surveillance for Monkeypox in all states, especially high-risk ones.

This will be covered in the 2019 edition of the Nigeria Integrated Disease Surveillance and Response (IDSR) guidelines.

He said surveillance and case management regional training in the southeast and southwest regions was rescheduled to November 2019, and a response team had been deployed to support enhanced surveillance in Akwa Ibom.

Ihekweazu also said “animal surveillance is currently being conducted in Lagos, while the result of similar surveillance in four states (Cross River, Rivers, Bayelsa and Edo) is being awaited.

Besides, it said since the onset of the 2019 outbreak, there had been 154 deaths in confirmed cases with a fatality ratio of 21.4 per cent.

Furthermore, it said in reporting week 40, no new healthcare worker was affected while a total of 19 healthcare personnel were infected since the onset of the outbreak in 10 states.

It said six healthcare officials were infected in Edo State, Ondo, four; Ebonyi, two; one each in Enugu, Rivers, Bauchi, Benue, Delta, Plateau, and Kebbi, with two deaths in Enugu and Edo.

The NCDC said 12 patients are currently being managed at various treatment centres across the country with 11 at the Irrua Specialist Teaching Hospital (ISTH) treatment Centre, Edo State and one at the Federal Medical Centre, Owo, Ondo State.

Monkeypox is a rare viral zoonotic disease that occurs primarily in remote parts of central and West Africa, near tropical rainforests.

The monkeypox virus is similar to human smallpox, a disease that has been eradicated in 1980.

Although monkeypox is much milder than smallpox, it can be fatal.

The disease is caused by the monkeypox virus that can occur in certain animals including humans.

This is followed by a rash that forms blisters and crusts over.

The time from exposure to onset of symptoms is around 10 days.

The duration of symptoms is typically 2 to 5 weeks.

Monkeypox may be spread from handling bush meat, an animal bite or scratch, body fluids, contaminated objects, or close contact with an infected person.

The virus is believed to normally circulate among certain rodents in Africa.

Diagnosis can be confirmed by testing a lesion for the virus’s DNA. The disease can appear similar to chickenpox.

The smallpox vaccine is believed to prevent infection.

In 2019 a vaccine was approved for the disorder in the United States. There is no known cure.

Cidofovir or brincidofovir may be useful. The risk of death in those infected is up to 10%.

The disease was first identified in 1958 among laboratory monkeys.

The first cases in humans were found in 1970 in the Democratic Republic of the Congo.

An outbreak that occurred in the United States in 2003 was traced to a pet store where imported Gambian rodents were sold.

Nigerian evacuees from India commend Air Peace for airlifting them

Frenchman fined for breaking lockdown to go ‘beat someone up’

Asking FG to secure lives, property is not too much – Kukah

Meghan Markle traces 43% of her root to Nigeria