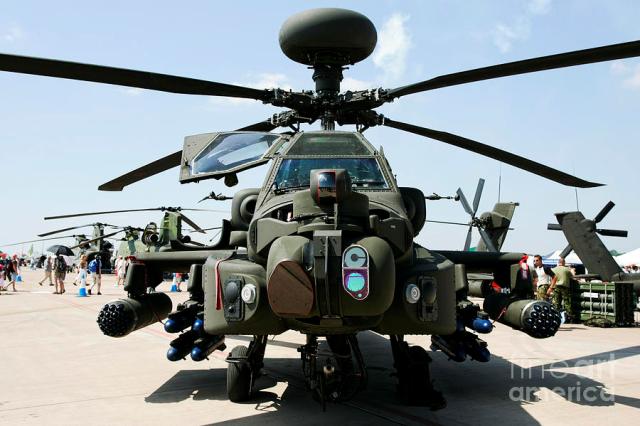 The Chief of Air Staff, Air Marshal Sadique Abubakar, has said that the Nigeria Air Force (NAF) would soon take delivery of two helicopter gunships to help in stamping out insurgency and other criminal activities threatening the country.

Abubakar disclosed this when he appeared before the House of Representatives Committee on Air Force to defend NAF 2020 budget.

He said the gunships acquired from Italy would arrive in the country before the end of the year.

He noted that airpower is critical in resolving many conflicts such as the Boko Haram insurgency ravaging the northeast.

He said NAF had recruited over 10,000 youths, including graduates to effectively combat crimes and criminality in the country.

“Air power is very critical to resolving this conflict. We are happy that the committee has demonstrated an understanding of what the Air force is doing.

“We have continued to provide support and engage criminal elements that are undermining the security of the country. We are about to acquire two helicopters from Italy. These two helicopters will be in Nigeria before the end of the year,” he said.

Abubakar also hinted that some officers and men of the Service would soon travel to Pakistan for more training.

Earlier in his opening remarks, chairman of the committee, Mr.  Shehu Koko commended NAF for its resilience in the counter-insurgency campaign.

He, however, asked the NAF to extend its airpower to Sokoto, Zamfara and Kebbi states to arrest the security challenges in the areas.

“I wish to seize this opportunity to commend the Chief of Air and indeed, all the officers of the NAF for the good work they have done and are still doing to curtail the nagging security challenges in the country.

“It is significant to note that since your leadership, the problem of insurgency and other security problems in the country have been drastically reduced through the fighting skills and airpower of the NAF,” Koko said.

Why US has highest COVID-19 death toll – Experts