Home OPINION The artist and the tragedy of a nation 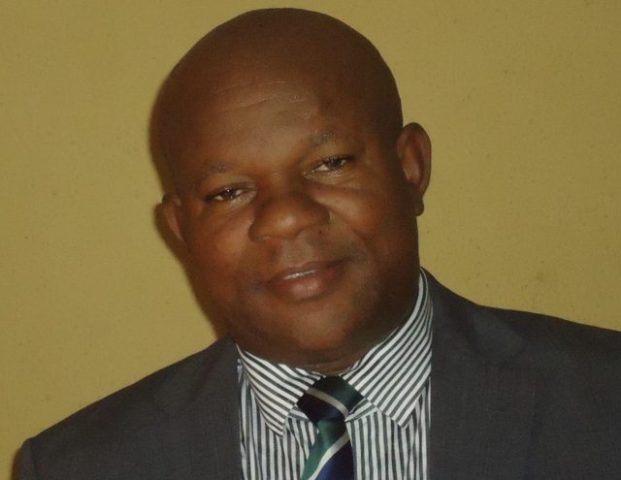 On March 28, 1991, the late Professor ‘Zulu Sofola, Africa’s first female professor of Theatre Arts delivered one of the most reflective and scholarly inaugural lectures in Nigeria. Sofola, prolific playwright, astute administrator and scholar par excellence was at the time, head of the Department of Performing Arts, University of Ilorin. For those in the audience, the playwright’s superlative performance was not only outstanding, it was also record-breaking.

An inaugural lecture is an event of great importance in the life of every academic. It provides a rare opportunity for the newly elevated professor to inform his or her colleagues, the university community and the public of his or her research outcomes and plans for the future. Sofola, who had returned from her sabbatical leave in the United States two years earlier, used the occasion to speak, and eloquently too, on the artiste and a nation on the edge.

In 1991, Nigeria’s tragedy was not close to home. For instance, the chaos in public universities today was only incubating and hope was not a scarce commodity. Apart from the fact that there were a good number of Nigerians with discretionary incomes in the middle class, prices of goods and services had not hit the roof, despite Ibrahim Babangida’s voodoo economics. Today, ignorance, hopelessness, ineptitude and disillusionment reign supreme and nothing is being done to reduce poverty, promote inclusive growth or engender hope.

All over the world, scholars, writers, musicians, painters, dancers and everyone in the creative chain receive a measure of attention and respect for their ideas and power to see beyond what is visible to the ordinary eye. Chinua Achebe, the renowned Nigerian novelist belonged to this rare group of creators. A Man of the People, his satire foretold events that eventually came to pass in Nigeria. In fact, it was reported that on receiving the advance copy of A Man of the People, Achebe’s friend and another well-known Nigerian writer, John Pepper Clark exclaimed: “Chinua, I know you are a prophet. Everything in this book happened except a military coup! Aside from Achebe, Christopher Okigbo, the famous librarian and outstanding post-colonial English language poet also prophesied his death in his final poem, Path of Thunder.

Before independence, Hubert Ogunde, founder of the first modern professional theatre company in Nigeria played a major role during the struggle for freedom with his companies: The African Music Research Party, Ogunde Theater Party and Ogunde Concert Party. There were also other playwrights, composers and culture ambassadors like Duro Ladipo, Kola Ogunmola and other artistes who took Nigeria’s original folk operas and ritual poetry to different parts of the world. These patriots projected and enhanced Nigeria’s image throughout the world, using our rich culture.

Many years ago, a researcher told me that under Kwame Nkrumah, the notable Ghanaian leader, no foreign trip was complete without people in the arts, including homemade crafts, textile and local souvenirs. Nkrumah knew the power of creativity and culture and he used it in a way that projected Ghana, positively to the world. For example, during the civil rights movement of 1950s and ‘60s, Ghana was the preferred destination for African-Americans and other people of African descent in the New World. This trend continues, even till this moment as any black man or woman in search of his or her roots and connection with the African continent, considers Ghana first before Nigeria.

There is power in the arts, no doubt. After many years, Nigerians and lovers of Afrobeat still remember and celebrate Fela Anikulapo-Kuti for his extraordinary life. Is it not curious that some of us are even searching desperately for a Fela figure to fight rudderless governments and visionless politicians? The truth is that Nigeria must tap into the power and progress that come with the arts and artistes.

As Nigeria battles continental and global insignificance in this season of unusual things, I know there are solutions in the arts. Those in the arts sector in Nigeria also know this. We all appreciate the important roles of foreign cultural centres here in Nigeria, especially with regard to the promotion of the image and values of their home countries. So, we must re-think our cultural policy and reach out to critical stakeholders for a better tomorrow. Nigeria needs to engage the services of thinkers, dancers, painters, writers, playwrights, scriptwriters, producers, directors, poets and others in allied vocations for a future that is already here.

Under Sofola for instance, drama transcended its traditional boundary and role of portraying fictional and non-fictional occurrences through performance; it was actually a vehicle for awareness, mobilization and positive change. And for every important occasion at the University of Ilorin back in the day, she inspired something as a memorial, not just for the university community but for humanity. There was always a relevant play, a script, an exhibition, a workshop, a dance drama or a cantata to draw attention to social, economic, cultural and political issues of the day.

As a leader who led from the front, Sofola was also passionate about theatre practice. She would engage her students throughout the day and sometimes far into the night to hone their skills and prepare them for the journey ahead of them. Occasionally, her commitment to her students and her calling, clashed with her devotion to her amiable husband, Professor Ade Sofola who endured long hours, either waiting patiently for her in their car or inside the performing arena.

After enduring a sleepless night, “Mama”, as Sofola was fondly called, would still return to campus the following morning for an early lecture, leaving behind, her husband. The old man would later appear in the department to hand over the house keys while lecture was already in progress. Usually, Mama would ignore him and continue to teach until her students drew her attention in their usual disorderly manner, to her waiting husband. The couple’s amazing relationship is very inspiring and well known on campus by many students and university staff who admired these two amazing people from two different ethnic groups. Their exemplary cross cultural marriage speaks to bigots in our country, particularly some young people today who refuse to travel and learn.

However, one of Mama’s biggest assets was her courage, and at all times, she acted in accordance with her beliefs. I remember during one of those her customized productions, tailored for special events; a male colleague had hailed the dazzling performance of the beautiful girls of her department. Unfortunately for the professor, he openly praised the girls, the expressive dance steps and their “elastic” buttocks without commenting on the essence of the performance. Immediately, Sofola roared in the presence of everyone: “So, you saw only the shaking buttocks and breasts, you did not see humanity on trial? Useless professor!

For those who knew her, they can testify to the fact that she lived her dreams. Sofola loved the theatre and her students. She was indeed, a great teacher who gave all for the good of her students and society.

Our country needs artistes and intellectuals like Sofola. If creativity, which drives the artiste, remains the use of the mind to create, then government should reach out to our creators for original ideas. According to Achebe, the trouble with Nigeria is leadership. If we are all in agreement, then this is the time for those with solutions to get involved.

Woman who delivers twins in Calabar Prison gets N1m for upkeep

Against the reign of impunity

How to live forever