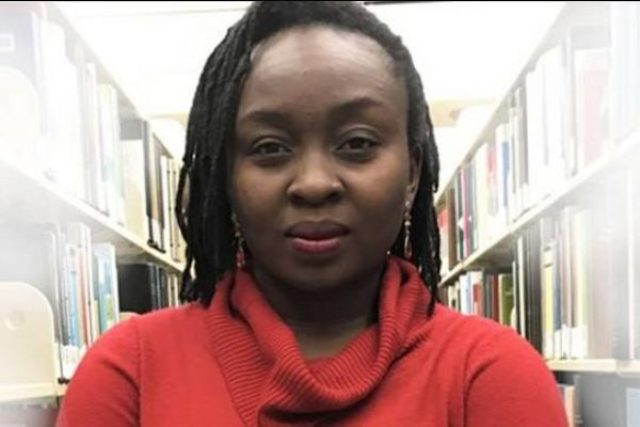 On Monday, Justice Ijeoma Ojukwu, the judge presiding over the “treasonable felony” case of Omoyele Sowore, convener of #RevolutionNow, expressed concern that Sowore and his co-accused person had not perfected their bail conditions of October 4. Justice Ojukwu, who had initially set Sowore’s bond at an unattainable N100m, slashed it to N50m. Olawale Bakare (aka Mandate), Sowore’s co-accused, had his too cut to N20m from N50m.

We should thank Justice Ojukwu for her concern over Sowore’s welfare, but if I were her, I would be more worried about how my sense of judgment may be contributing to the culture of corruption in Nigeria.

Only the Almighty – and perhaps Justice Ojukwu – can explain how she expected a journalist and his 21-year-old co-accused to have friends who can pony up such amounts. If any journalist (or student) in our part of the world walks within a cohort that can guarantee such sums for bail, they should be placed under scrutiny. About 95 per cent of Nigerians cannot – and will never – honestly earn that bail bonds in multiple lifetimes. Who has that money lying around to stake on friends who might jump bail?

Some commentators have compared Sowore’s bail requirements with that of Nnamdi Kanu, the IPOB leader. He too faced a similar plight, but he was bailed out by the only sub-set of people in Nigeria who can risk such sums because they get access to easy and cheap money – an elected politician. When Kanu jumped bail, even his sureties did not merely reach for their chequebook. They filed an appeal challenging the order of the court that asked them to pay. That is too much money for anyone to throw around.

The ease with which the judge herself put a hot knife through the sum and cut it into half shows that there was never a rational basis for setting the bail bond at that high rate. How do you discount N100m by 50 per cent if the logic of the amount was thoroughly worked out before it was announced? I think Nigerian judges that make bail conditions so difficult that they become unattainable should consider that they may be mocking the law with their high standards. If they have determined through the instrumentation of the law that an accused person is deserving of bail, they do not need to tantalise the person with the temporary freedom the law has granted them. Such judges merely subject the accused to preemptive punishment even while they remain innocent before the law.

Justice Ojukwu’s vacillation on the bail bond also tells a larger Nigeria story: our entire society is built on such tendency for disproportionality. In a country where the minimum wage is an equivalent of $50, how do you garner a bail surety of $276, 000? Take Sowore from the equation, and you will find the same story everywhere. That is why Nigerians cannot help but be corrupt.

Government bureaucrats in Nigeria just set figures without consideration for corresponding reality. Each time they do it, they confirm the self-evidential truth that there is no value to the naira. We are a society where people conjure ginormous figures from the air because there is no link between actual productivity and earned income. If rewards were calibrated on the tangible work that people do, there would be more respect and value for the naira. Every figure set by the Nigerian government – passport issuance, ID cards re-issue, driving licence costs, this and that tax, multiple bank charges- has no correspondence to what people earn legitimately. You have to be corrupt to survive Nigeria.

This problem of lack of balances is not limited to government bureaucracies. Even with private enterprises, you encounter the same issue. For instance, real estate in Nigeria is one of the most expensive in the world. You pay so much for nothing. Try buying a house in some of the so-called upscale neighbourhoods in Lagos where everyone is one flood away from homelessness. They will give you a sum almost equivalent to buying a mansion in some of the most expensive locations in the USA, places where you have enough infrastructure to live with the dignity of a king. It does not make sense that Lagosians pay so much, and they cannot even breathe unpolluted air.

Zeroing on Lagos with its roads that resemble bomb craters and barely vehicle-worthy, Governor Babajide Sanwo-Olu set some of the most illogical rates for traffic offences. You have to wonder why Nigerian politicians are so inherently sociopathic. It is not enough that they cut through your flesh by failing to provide basic amenities; they also drain your blood. Most of the offences for which Lagos set fines ranging from N20,000 to N100,000 are consequent of the lack of infrastructure bedevilling the state. Rather than for the government to deal with the complex problems of poverty, material hardship, and inefficient bureaucracies, they opt for the cheap solution of further taxing impoverished people.

A lot of offences carry punishment higher than the basic minimum wage, and which means that most people cannot legitimately afford them. If you are a civil servant with a household income of N200, 000 per month, you are likely to have to feed a family, clothe them, house them, and send your children to school. While you are yet struggling to make those ends meet, you still have to come up with humongous money to pay Sanwo-Olu’s fines. How can people balance all those ends without resorting to some get-rich-quick schemes?

With the level of poverty in Nigeria, no traffic offence should be higher than N1000. It has to be proportional to people’s earning power; otherwise, it will lose meaning and encourage corruption. Government officials need to get rid of the idea that imposing heavy fines on people deters misbehaviour. No, Lagosians do not violate traffic rules in Lagos because they have a pathological problem that can be attenuated with higher taxes; instead, they do so because what passes for roads in Lagos are not even navigable. It is Sanwo-Olu that should be paying Lagosians for the time they waste on Lagos roads and for the damage the roads do to their vehicles, not the other way round. The government should focus on easing life for people, not ramping up pain and punishment.

The same lopsidedness between what people earn legitimately versus the number of superfluous taxes imposed on them is endemic in almost every aspect of our lives. It leads to what anthropologists call the occult economy – that is, the belief that money can magically appear without anyone doing any actual work for it. We see it in Nollywood films where they promote ideas like the efficacy of money rituals. We see it in churches where prosperity preachers claim we can give to God and get back in thousand folds. In the case of Nigeria, the biggest purveyor of the propaganda of the occult economy is the government. They first spread the myth of easy means of making money such as the Vice President, Yemi Osinbajo, did when he claimed someone invested N1.5m in a business and made a whopping N1bn just two years later. Then, they proceed to tax Nigerians based on this mythology of easy money they have created.

All these harsh means of extracting money from the public is one of the ways they facilitate the culture of corruption. People cannot help but hustle and steal just to stabilise their lives. It is a problem that is rife in every aspect of the Nigerian public life. From the judge that asks a regular Joe to source a bail bond of N100m to a government that will bill you N100, 000 for exceeding the speed limit on decrepit Lagos roads, it is about pushing you into the habits of corruption.

AIB personnel investigate crash of An-74 aircraft in Sao Tome and...