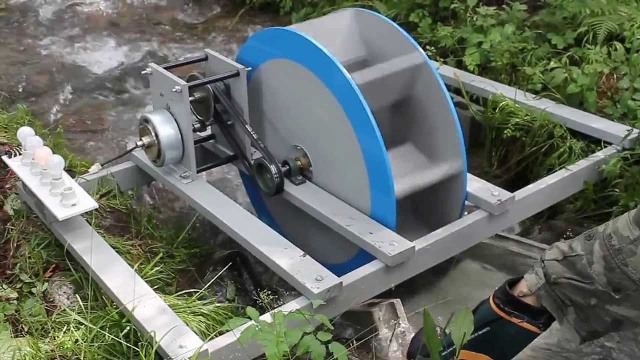 As fossil fuel generators have become the primary source of electricity for most businesses and households because of epileptic power supply, a Nigerian firm, Buserve Limited, has concluded plans to launch generators powered by water to save companies’ costs.

The chief executive officer of the company, Mr. Laitan Aderinto, said at media briefing in Lagos that the technology was being deployed in Europe.

“We are partnering with a German company. We are starting with the bigger generators with capacity of 500KVA and above. Our plan is to ensure that factories are back to normal; the price of diesel is killing them.

“If the government is ready, we are ready to work with them. For instance, there are independent power plants in Lagos that are being powered by gas. We can have IPPs powered by water instead of having to look for gas before you can power your generators.”

He said the water-to-hydrogen gas mass production technology is a “major scientific breakthrough of the utmost importance.”

He explained that the patented technology is based on an advanced proprietary scientific process, which includes the invention of using thermo plasma to convert water into hydrogen gas in high volume for power generation and at much lower cost than any other hydrogen production technology.

“Furthermore, since H2 production is done in real time according to actual power production requirements, there is no requirement for hydrogen storage, which is one of the greatest challenges in using hydrogen gas as a renewable fuel source, not to mention avoiding a storage model is also much safer.

“On average, with this technology, power is generated at about 10 per cent of the cost of diesel and very importantly, no fossil fuel component is required to mix with the H2 when using this technology.

“Water is the input and less than 10 per cent of the gross energy production is required to power the equipment. For each litre of water fed into the retrofit system, the net output exceeds 1m3 of H2 gas.

The secret fears of Jonathan

Woman admits to selling own child to offset drug debt

First Bank in the service of the mining sector