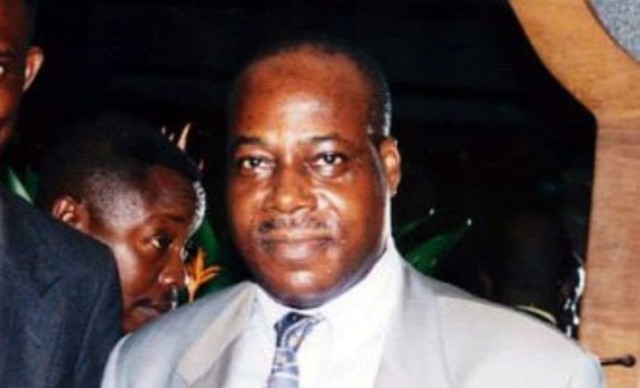 A number of factors have conspired to put the issue of the jumbo cost of running Nigeria on the front burner. It is alleged that we spend about 25% of our federal resources on debt servicing. In the face of declining revenue, this means that our decaying or dead infrastructure will not be resurrected anytime soon.

Meanwhile, the Federal Government has gone cap in hand to plead with the World Bank to borrow $3billion for its power sector.

That means piling up more problems for the country. However, if the money borrowed from the World Bank is wisely used and there is no corruption, then our power sector will give muscle to our industrial and manufacturing sectors.

If there is growth in the industrial and manufacturing sectors, wealth will be created and poverty will be in retreat. But this is just the theory of it. The problem in this country is that these borrowed funds are never utilised for the purpose for which they were meant.

This has happened several times in the past and we ended up holding the wrong end of the stick. Let us hope that President Muhammadu Buhari will keep an eagle eye on the World Bank’s loan whenever we receive it so that it does not develop wings and fly away or so that snakes and pythons do not swallow it.

It is a good thing that this debate is being generated at the National Assembly for two reasons. One, the Assembly is a beneficiary of the high cost of governance and two; it has the powers to reduce it to a large extent.

It is the immediate past Governor of Imo State, now a Senator, Mr. Rochas Okorocha who lit the fire at the Senate recently.

Okorocha said that the high number of legislators in the Senate and House of Representatives has not made any big difference to the quality of legislation when the achievements of the last stanzas of the National Assembly are x-rayed.

Mr. Rochas Okorocha should be commended for daring to make these suggestions. Certainly, they are not likely to go down well with some of his colleagues. But it is a call for sober reflection in our present circumstance.

However, you cannot reduce the senate representation from three to one per state because the senatorial election will assume the character and complexion of a gubernatorial campaign since the size of the Governorship and Senatorial seats will be the same.

For those who believe in a bicameral legislature, the argument will be that the equalization of membership of the House of Representatives will remove the representative nature of that House.

But in a country where there has not been any reliable and acceptable head count; that representativeness comes with a question mark. My view, actually, is that we are a country of too many parliaments already whose impact has hardly been beneficial.

We already have 774 parliaments in the Local Governments; 36 in the States and two at the centre. That brings the total to 812 legislative assemblies. If all of these parliaments are doing their duties as they ought to do, we would certainly have had a much better country than we now have.

My view is that we do not need a bicameral legislature at the Centre. There is nothing that two parliaments can do that one cannot. The jumbo cost of running two parliaments is stratospheric. In 2017, the House of Representatives had a budget of ₦50 billion while the Senate’s budget was ₦31 billion.

My view is that we should go for a unicameral legislative arrangement. If we retain the Senate with its 109 members, the cost will come down considerably.

Last year or so Senator Shehu Sani revealed, to the discomfiture of his colleagues, that each Senator collects ₦13.5 million monthly as operational cost. That comes to ₦162 million per Senator per year.

Moreover, this is outside of their salaries and allowances and expensive cars. Also, the package for the members of the House of Representatives is only slightly less than that of the Senators. So it is obvious that we are running a jumbo cost to maintain our legislators.

With the rampaging impecuniosity that is staring us in the face, we need to make some serious and swift adjustments if we want to have even a fighting chance of weathering the storms that lie ahead of us. Other countries have taken steps to reduce their expenditure on their legislators.

This is by either trimming the size or reducing their bicameral legislatures to one.

In 2012, Senegal saved $15 million by scrapping its 100-member Senate. The government said it was a money guzzler; that the jumbo cost could no longer be maintained by Senegalese taxpayers. In August 2017, Mauritania held a referendum, the result of which was that its Senate should be abolished.

These are African countries that are looking for ways of keeping their democratic arrangement sane and sensible; so that their democracy can survive and the country can progress. Even a developed country like Italy which has a low level of infrastructure renewal to contend with has also put a knife through its representation figures.

It has announced a 37% reduction of the membership of its senate and lower House. This means that the Senate will be reduced from 315 to 200; while the figure for the Lower House will nosedive from 630 to 400.

It is not parliament alone that ought to be the source of our worry. There is the allegation that the civil service carries a jumbo cost too. In fact, it consumes 40% of our national budget. That is high for any government and even exceptionally high for a government such as ours with a high infrastructural deficit.

This jumbo cost of the civil service makes it even difficult for one to understand the current wisdom of extending the service period of some people who have reached retirement age. Apart from being discriminatory and unjust, it gives the false impression that there are some civil servants who are indispensable whereas there are no such supermen in the world. Everyone is dispensable.

I believe the Federal Government should revisit the Orosanye Committee report. The report recommended a downsizing of the bureaucracy and the merger of certain parastatals and agencies. It is obvious that there are organisations that are doing either the same or identical duties.

Such organisations may include but are not limited to the EFCC and ICPC; National Environmental Standard and Regulation Enforcement Agency, NAFDAC and SON etc. The functions of these and similar organisations can be streamlined for the purpose of cost-cutting and efficiency.

But it is not all about cost-cutting as a means of reining in our jumbo cost of governance. Revenue can be raised in various ways.

The Federal Government is already doing that through multiple taxation; toll gates, increase in VAT, proposed’s tax on phone calls, charges on bank deposits and withdrawals.

The downside of these various tax sources is that it is the same set of people who are paying the taxes on many platforms.

This can lead in some cases to tax avoidance or evasion or to lower consumption which may affect productivity. The government needs to pay serious attention to the development of the much neglected solid minerals sector.

Right now, the greatest beneficiaries of that sector are illegal miners. There are solid minerals in all the 774 Local Governments in the country. These minerals include gold, uranium, bitumen, phosphate, marble etc. It is a crying shame that we have so much wealth under our feet. Yet, the country is now categorised as the world capital of extremely poor people.

President Muhammadu Buhari can make a difference to this sector if he can develop the template that ensures that communities where these solid minerals are found are direct beneficiaries of the wealth that their community habours.

If that problem can be resolved in both the liquid and solid minerals sectors; the government will be free from the present vandalisation of pipelines that has been the problem with the oil sector.

The politics of solid minerals will be easy to deal with since all states and all local governments have these assets under their feet.

The ball is in President Buhari’s court.

Will he play it?

Wisdom of the Holy Guru

Criminal cartels on the loose

We keep missing the point