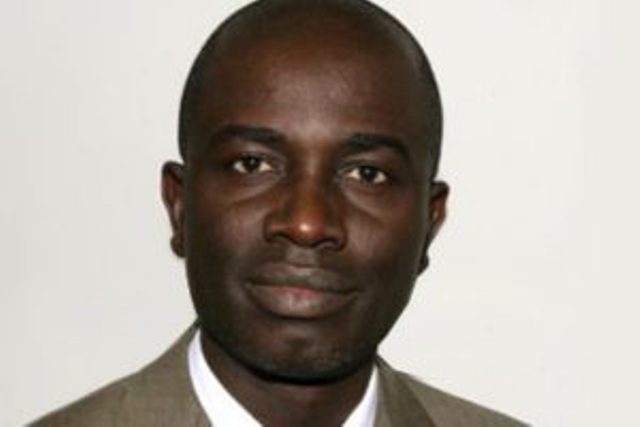 On 15th October, the comptroller-general of the Nigerian Customs Service (NCS), Col. Hameed Ali (rtd), announced that “all goods, for now, are banned from being exported or imported through our land borders and that is to ensure that we have total control over what comes in”. He added: “We are strategizing on how best the goods can be handled when we eventually get to the point where this operation will relax for the influx of goods.” With that statement, it became clear that the land borders between Nigeria and her neighbours that had been closed since August were not about to be opened soon.

Considering the negative impact smuggling of goods through our land borders has over the years created for local businesses and national security, it is difficult to fault the decision. For instance, data from ‘India and Benin Republic Bilateral Trade Report’ between 1st to 24th November 2016 reveals that within a 24-day period, India exported to Benin Republic 3340 shipments valued at about 75 million dollars. “Top products which India exports to Benin are – Rice (HS Code – 1006) which accounted for 31.75% of total exports followed by Motor Vehicles…”, the report states. And we are talking of imports from just one country!

With a population of 12 million people, which is about half that of Lagos, we must question why Benin Republic is reputed to be the 5th importer of rice in the world and the largest importer of second hand vehicles and clothes. The issue is that in clear violation of ECOWAS statutes, Benin Republic authorities have for decades made the smuggling of goods into Nigeria a mainstay of their economy. Niger, Chad, Cameroun and countries that do not even border Nigeria are also neck deep in this unwholesome practice.

Great economies of the world are sustained by the strength of their local production. In Nigeria, the influx of smuggled items has practically killed local initiatives. A recent report by the Enforcement, Investigation and Inspection Department in the Statistics Office of the NCS on smuggled products from 2016 to date is revealing. An overview of the report shows that the NCS seized items valued at N8.056 billion in 2016, N9.812 billion in 2017, a whooping N56.258 billion in 2018 and N1.806 billion from January to June this year. Yet, the items seized may amount to a tiny percentage of those that eventually entered our shores.

Whatever may be the misgivings over the closure of our land borders, we cannot allow our country to become a dumping ground for smuggled goods that feed the economy of our neighbours. But if we are to tackle the issue of smuggling, we must also look inwards. Growing up, many of us actually thought smuggling was a legitimate profession, given the impunity of perpetrators. It was not uncommon to hear that someone was a ‘Fayawo’ (smuggler) and there are many Nigerians who have become exceedingly rich, even billionaires on account of this economic sabotage. And if we are to be honest, the real enablers of these crooks are top officials of Customs. In fact, the majority of smugglers are Custom officials (retired and serving).

Given the foregoing, we must commend the attempt by the Buhari administration to confront this challenge that has not only economic but serious national security implications. For instance, in 2016, illegal arms and ammunition worth N532, 183,095.24 and hard drugs related goods worth N495, 344,674.00 were seized by Customs. If we extrapolate that the majority of smuggling activities succeeded, then we can only imagine the danger this poses to our national security. But the questions remain: Will the closure of the land borders finally stop smuggling? For how long do we intend to close these land borders? What happens after they are eventually reopened since they cannot be closed for ever?

In a research paper titled, “Second-hand vehicle markets in West Africa: A source of regional disintegration, trade informality and welfare losses”, four Nigerian lecturers, Abel Ezeoha, Chinwe Okoyeuzu, Emmanuel Onah and Chibuike Uche examined “second-hand vehicle markets in the West African region, focusing on the triad trading arrangements among Nigeria, Benin, Togo, and Niger” with the conclusion that the market provides disincentives against regional integration. “Benin and Togo are incentivised by the revenues derived from re-export trade and port operations. Niger provides a proxy market for the illegal re-export of these vehicles to Nigeria, with the latter suffering huge welfare losses as a major consuming nation”, they wrote.

That the closure of land borders came just three months after signing the African Continental Free Trade Agreement is unfortunate. But we were left with little choice. My friend, Dr Orji Ogbonaya Orji, the NEITI Director of Communications, is easily one of the most humorous Nigerians around. On Tuesday, Orji told me the story of a man whose wife was involved in adultery and was crying. While his friend commiserated with him, he reportedly said, “No be the man wey dey sleep with my wife inside a locked room dey pain me. Na the man wey dey peep through the window.” From my reading of the situation, those (about 50 other African countries) “peeping through the window” are more dangerous to our economic wellbeing than some naughty neighbours. Dealing with those neighbours will send a message to them that we will not allow our country to be a dumping ground in the name of free trade.

The border closure is an opportunity for Nigeria to correct the anomaly of corruption among NCS officials who should advise government on the appropriate tariff on goods that are currently smuggled in order to encourage legitimate importation and enhanced revenue. This is also an opportunity to determine the competitive advantage of the Nigerian economy in the production of those smuggled items we consume. But more important is the need for internal cleansing by the NCS, regardless of their current posture. The modus operandi, orientation and doctrine of the NCS is inherently dysfunctional to the wellbeing of our economy.

On the whole, the challenge for the federal government is that of remaining faithful to the relevant ECOWAS and AU treaties on legitimate movement of goods and persons while controlling the epidemic of smuggling across our land borders. It is difficult to quantify the damage smuggling, surreptitiously encouraged by a number of our neighbouring countries, has done to our economy and national security. We have not even addressed the subversion by these countries of our foreign exchange market and the social welfare transfer payments as beneficiaries of smuggled subsidised fuel from Nigeria.

While fidelity to ECOWAS and AU treaty obligations is important, the issues we need to address in this closure of borders are: Combating smuggling, curbing institutional corruption, protecting and promoting local industry and boosting revenue through tariff reform. For now, let the land borders remain closed until we can guarantee a measure of sanity.

Not yet Buratai Republic!

When two weeks ago someone sent me a WhatsApp message about a nationwide ‘Operation Positive Identification’ by the military, I instantly dismissed it as fake news. But to be sure, I forwarded it to THISDAY editor in Abuja, asking him to investigate. But by last week, some online media had started to run the story, following confirmation from the verified Twitter account of the Nigerian Army. On Monday, the report hit the mainstream media. In a bid to “checkmate bandits, kidnappers, armed robbers, ethnic militia, cattle rustlers as well as other sundry crimes across the various regions of Nigeria,” according to the statement, all citizens and residents of our country will, effective 1st November, be subjected to a martial law dictated by the Chief of Army Staff, Lt-General Yusuf Buratai.

Nigerians, says the decree, should move about with “legitimate means of identification such as National Identification Card, Voters Registration Card, Drivers’ License and International Passport or other valid official identification” during the duration of the so called OPI scheduled to hold throughout the country from 1st November 23rd to December 2019. Mr. Femi Falana, SAN, has most appropriately described the purported directive as “a sad reminder of the illegal practice of the white minority rulers which compelled Africans to carry pass books outside their homelands or designated areas under the apartheid regime in South Africa.”

On Tuesday, the House of Representatives waded in by calling on President Muhammadu Buhari to direct the army to suspend the controversial exercise, following a motion moved by the Minority Leader, Ndudi Elumelu. According to Elumelu, the OPI would “downgrade Nigerians to suspects and in fact conquered persons in their country, thereby stripping them of their constitutionally guaranteed freedom of movement.” In his contribution, Hon Ahmadu Jaha, said the army was only good at coining code names for military operations that have not been able to address the growing insecurity in the country. “How do you tell a common man from my village that he must have an identity card before he moves around?” asked Jaha.

Apparently in response to the nationwide criticisms, the Army, again from its verified account, on Tuesday evening tweeted another version of the statement, emblazoned with a ‘Fake News’ alert. But there was no assurance that they would not do what is being reported. Yet, what Nigerians demand is a clear assurance from the military that there is no plan to trample on their rights to move about their country without let or hindrance. We are still waiting for an official statement from the army to that effect.

Despite the security challenges we are facing today, Nigeria remains a democracy. And for that reason, we cannot be taking dictation from anybody in the army on how to conduct ourselves as free citizens with basic rights. Since we are now at that critical juncture when the liberties of citizens can no longer be taken for granted, when crude coercion seems to be overwhelming the rule of law and public decency, eternal vigilance—as the old saying goes—is the price of liberty!

Lockdown ‘palliatives’: Who are the beneficiaries?

Teaching, training of teachers to be technology-driven–Osinbajo

The primacy of social inclusion