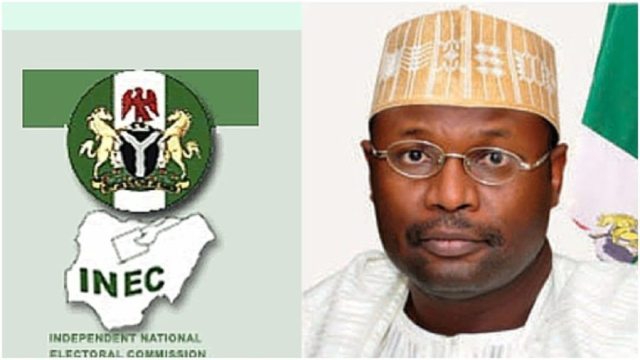 The Independent National Electoral Commission (INEC) has commenced the prosecution of some of the ad-hoc staff alleged to have been involved in electoral malpractices during the 2019 general election.

He said the commission had barred some ad-hoc staff from participating in the conduct of its elections, while some who participated in the 2019 general election would be facing prosecution.

“Majority of our ad-hoc staff performed creditably well in the last general election and we commend them for their patriotism. However, the commission has barred some of them who violated its rules and some of them will be handed over to the police for prosecution and some are already being prosecuted,” he said.

Speaking further on the conduct of November 16 off-season governorship election in Bayelsa and Kogi, Okoye said poll results would be collated and transmitted manually as dictated by the law.

He made the clarification against the background of controversy that trailed the alleged electronic transmission of results of the February 23 presidential election.

Okoye said INEC was in the final stages of deployment, having deployed sensitive materials for the polls.

He said a total of 1,646,750 registered voters would take part in voting in the 2,544 polling units in the Kogi governorship election.

He said the chairman of the commission, Prof. Mahmood Yakubu, would hold the last batch of consultations with stakeholders and community leaders on November 7 to ensure that all goes well during the election.

The commissioner also said INEC had taken adequate measures to protect its staff, especially the presiding and returning officers, on election duty from any form of harassment and intimidation.

Going forward, Okoye said INEC would commence the process of creating new permanent polling units and constituencies by the first quarter of 2020.

By the first quarter of 2020, the commission will consult relevant stakeholders and take a bold and courageous step on the creation of additional polling units and adjustment of constituencies in the country.”

He said the commission could not continue with the ad hoc arrangement of creating emergency polling units as stop gaps during elections.

Earlier, the convener of the Civil Society Situation Room, Mr. Clement Nwankwo, said the group had been engaging election stakeholders including the representatives of INEC, police and other observer groups for two days.

He said issues such as vote buying, intimidation and harassment of voters by thugs topped the discussions.

#TableShaker: Tribute to the Yoruba

Panic as Air Peace aircraft has burst tyres during take-off